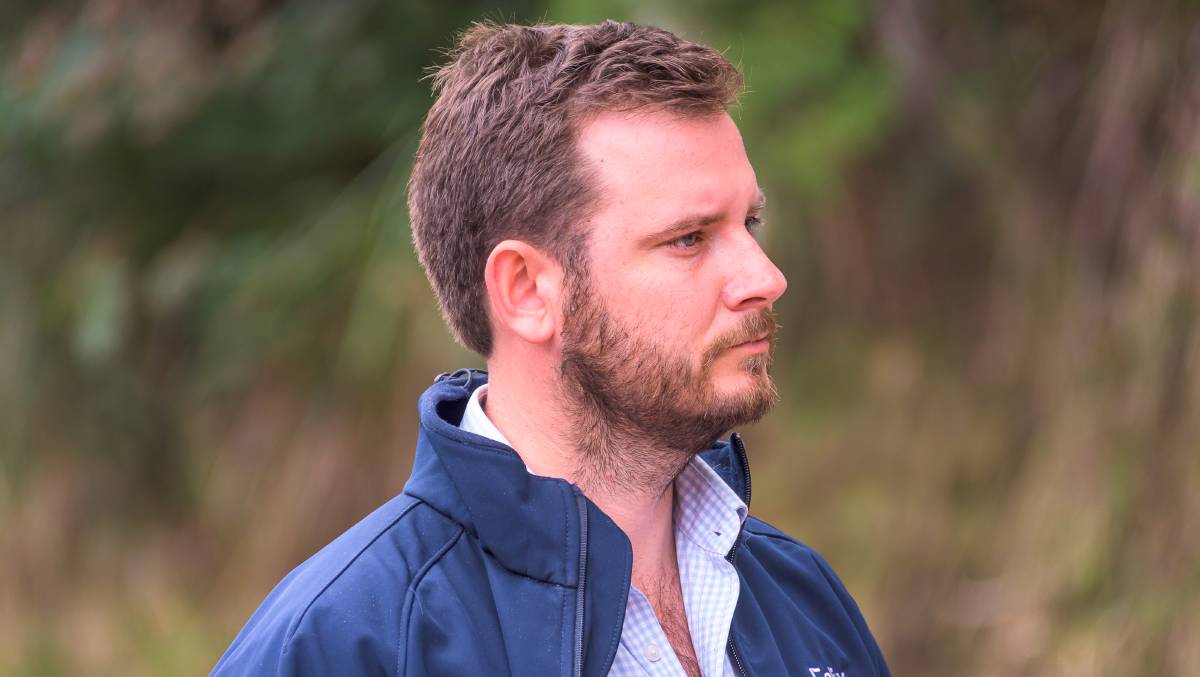 "How badly do you reckon this has gone, champ?"

Member for Braddon Felix Ellis on Sunday posted a picture of himself on Facebook eating meat, accompanied by the comment: "Allergic: vegan food ..."

Among the hundreds of commenters was Gracie Mitchell, who said: "Liberal values allow freedom of choice."

"Vegan or not, it's not for you to decide what people should or should not eat."

Mr Ellis replied: "Gracie Mitchell fear not, while I think vegan food is unethical I don't think it should be illegal."

His post had drawn 925 comments and 486 emoji reactions by shortly before 9am on Monday.

The emojis were dominated by angry responses, although there were more than 100 likes as well, plus about 70 laughing responses.

Some time after Mr Ellis' "unethical" comment, a Brad Harbeck posted: "Felix Ellis MP On a scale of 1-50. How badly do you reckon this has gone, champ?"

Asked for comment, Mr Ellis did not directly reply about why he thought vegan food was unethical.

"I'm a big supporter of our North-West Tassie beef farmers," he said.

"Of course I respect people's choice to eat what they choose."

Labor MP Sarah Lovell hit back and said: "This kind of puerile, petulant post from Mr Ellis is indicative of his views about a large portion of the Tasmanian community."

"Mr Ellis claims to be a big supporter of agriculture, yet he thinks vegan food is unethical.

"Vegan food is a significant income stream for our hard working Tasmanian farmers and Mr Ellis' comments not only bring into question his support for Tasmania's agricultural workers, but his maturity as a member of parliament representing the Tasmanian community."

Greens Braddon candidate Darren Briggs said: "It's difficult to understand how Mr Ellis can consider grain, vegetable and fruit businesses to be unethical, given the diversity and reputation of the farms and growers in his own electorate."

"Mr Ellis might like to remember that potato growers in the North-West bring in $65 million a year to our state's economy.

"His comments are an insult to our state's hard working farmers and highlight just how out of touch he really is from his own electorate.

He is a former plumber and was an electorate officer for Tasmanian Liberal Senator Richard Colbeck, the Sport, Senior Australians and Aged Care Services Minister who was demoted from the Aged Care ministry earlier this year after the widely criticised handling of coronavirus in nursing homes, where about 700 people died.

Vegan food does not use animal products.

It is different from vegetarianism as some vegetarians eat animal products such as cheese and eggs.