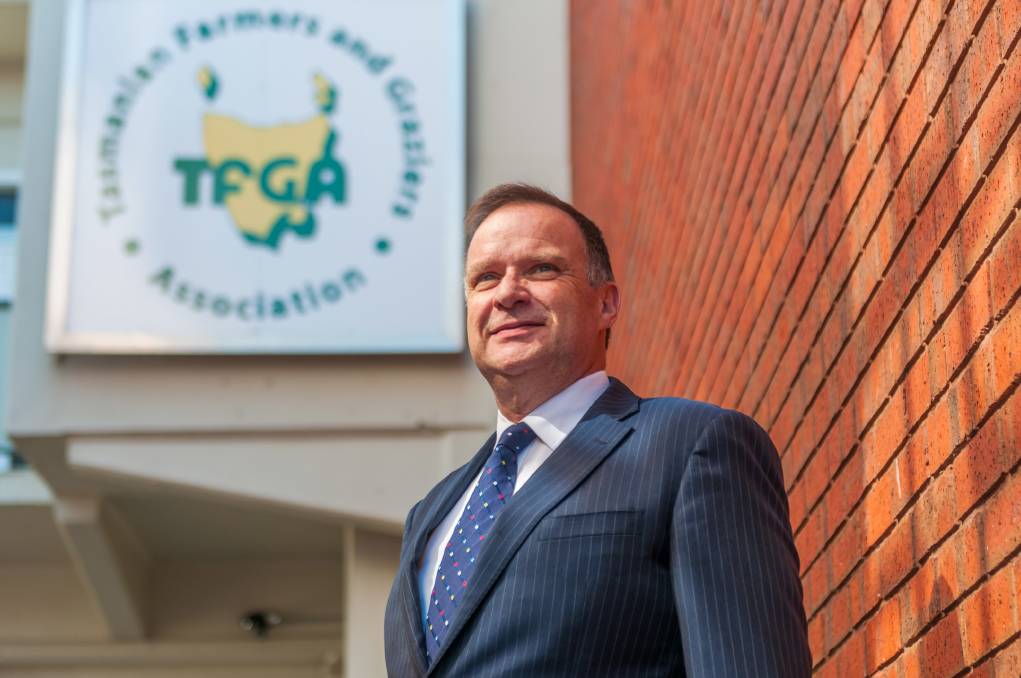 Tasmania's peak agricultural body has identified priority areas it would like to see addressed by a future state government - workforce, irrigation, wildlife management and market development.

Tasmanian Farmers and Graziers Association chief executive John McKew said the organisation had laid its priorities out, ahead of the May 1 election.

"You don't have to dig too hard to know the impact of low levels of literacy and numeracy, in terms of application rates in spraying chemicals, administering treatments to animals, fertiliser application rates and understanding Worksafe health and safety regulations."

"In 2021 it is an issue we should be able to address, in a country like this and a state like this."

He said it would not be a problem that could be fixed overnight, but it would require the dedication and focus of governments and organisations like the TFGA to resolve.

Coronoavirus had also focused attention on casual and seasonal labor.

"It brought to a grinding halt the capacity to get seasonal and casual labor, particularly those who may have been coming in from the other parts of the world," Mr McKew said.

"COVID has also exposed an Achilles heel for us, when it comes to shearer shortages."

The state government had well documented plans for irrigation and the TFGA wanted that focus to continue.

"Our members are telling us we need a wildlife damage control plan, we have unchecked wildlife, including deer, wallabies, brushtail possums, cats, cockatoos and mountain ducks," he said.

"The numbers are causing impacts on farm productivity - we would like to work with the government to put together a well considered, balanced, and practical wildlife control plan," he said.

The TFGA also wanted to see a continuation of export market development activity.

"We want to see investment maintained in existing export markets, but also looking at where we can develop demand for Tasmanian agricultural products into emerging markets," he said.

"We are looking at the potential of attracting new industry, into Tasmania, particularly when we have increased reliability around irrigation."

Mr McKew welcomed the current government's plans to invest $15 million into a new agricultural research facility, at the University of Tasmania's Newnham campus, Launceston, if it wins the state election.

The Tasmanian Agricultural Precinct will be developed in partnership with the University of Tasmania and will involve the relocation of 50 Primary Industries department employees to the north.

The plan was initially announced in September, last year, when UTas announced the TIA would be headquartered at the Newham Campus.

"We need to continue to foster and promote research and innovation," Mr McKew said.

"This is one of the best ways to solve problems and improve productivity and this announcement provides a demonstrable commitment to that ongoing need."

The Labour Party has also pledged to spend $12 million on creating an "Agricultural Centre of Excellence".

It's also promised to spend $150 million to upgrade the northern ports of Burnie, Devonport and Bell Bay.

"How efficiently we can get products through the ports and onto ships is all very important," Mr McKew said.

The Greens have promised to fund a grant program for ruminant farmers to help them transition to practices that reduce enteric emissions.

The Greens said in terms of the agricultural sector, 74 per cent of greenhouse gas emissions came from enteric fermentation (methane from ruminant livestock).

Mr McKew said while the TFGA board had not discussed that promise, he was aware of work being doing by bodies such as Meat & Livestock Australia.

"That research is already going on and extra investment can potentially fast-track or refine it, to deliver a result ithat has some merit and benefits," Mr McKew said.

Meanwhile the RSPCA has also called for a strengthening of the Animal Welfare Inspectorate services in Tasmania.

"Tasmanians want to see new legislation and regulations to better protect all animals.

"We want to encourage higher welfare food in schools and workplaces."

Ms Davis said consideration should be given to a well-funded, single Tasmanian Animal Welfare Inspectorate ensuring a strong, professional service applying the legislation in a consistent and fair manner across the state.

It also called for a thorough review of the state's animal welfare legislation.

"It is important that animal welfare regulations are regularly reviewed to ensure that reflects modern expectations and that the Act is operating as intended," the RSPCA says in its election "wish list."

Other jurisdictions had either recently modernised their animal welfare regulations or were doing so.