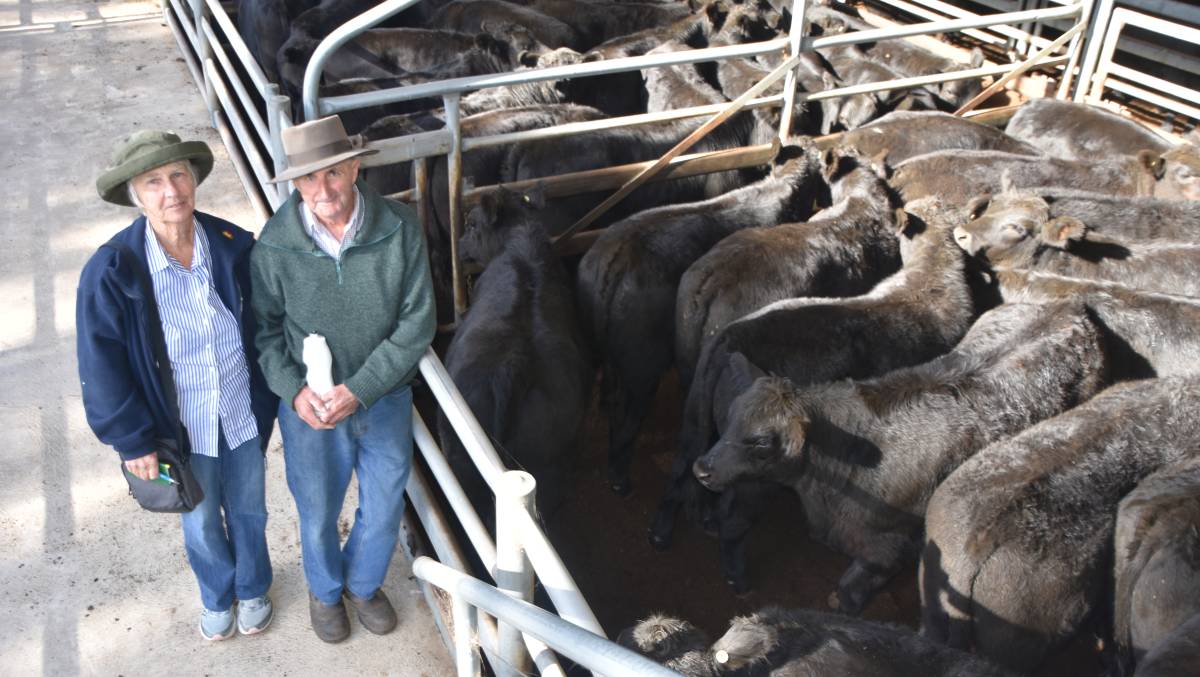 East Gippsland agents yarded 2800 cattle in a yarding where backgrounders picked up the slack as local restockers took a backseat due to drying conditions across eastern Victoria.

Prices for spring-drop calves well and truly passed 600 cents a kilogram, while on a price per head basis eight-to-nine-month-old calves went under the hammer for more than $2000 a head.

The Sheridan family of Bengworden and Wuk Wuk also offered a feature line of 130 Angus steers, seven-eight months, with their top pen of 23 steers, 343kg, making $1800 or 524c/kg.

"There was very strong interest on the EU cattle from a major backgrounder to background them as EU feeders," Mr Obst said.

"Then we had a lot of return buyers on all the cattle and that really highlights that people know the cattle and have had results from the calves over many years.

"I thought the smaller, lighter end of the calves sold to extreme demand but those prices took nothing away from the heavier end of the cattle either."

The fourth feature line of the sale was 184 Angus and Angus/Hereford-cross mixed-sex calves from far East Gippsland, consigned by Kelvin and Wendy Ingram, Bonang.

"It helps when you have an outstanding yarding of cattle and we've been fortunate this year with the season that the breeding of the cattle is showing up," Mr Jones said.

"We had a few backgrounders here today and we did notice restocker competition was not as prominent as it has been and that's due to the area needing a good rainfall."

Another feature of the sale was three consecutive pens of steer calves offered by K & J Alexander which sold to 654c/kg.

"The little bit of northern competition we had helped subside the drying season we're having here in East Gippsland," Mr Davies said.

"We had a few northern and South Australian backgrounders operating and then those bigger black steers went to feedlot competition which is something we haven't seen in recent sales.

"Normally those cattle would go towards South Gippsland but the feedlot orders were very strong."