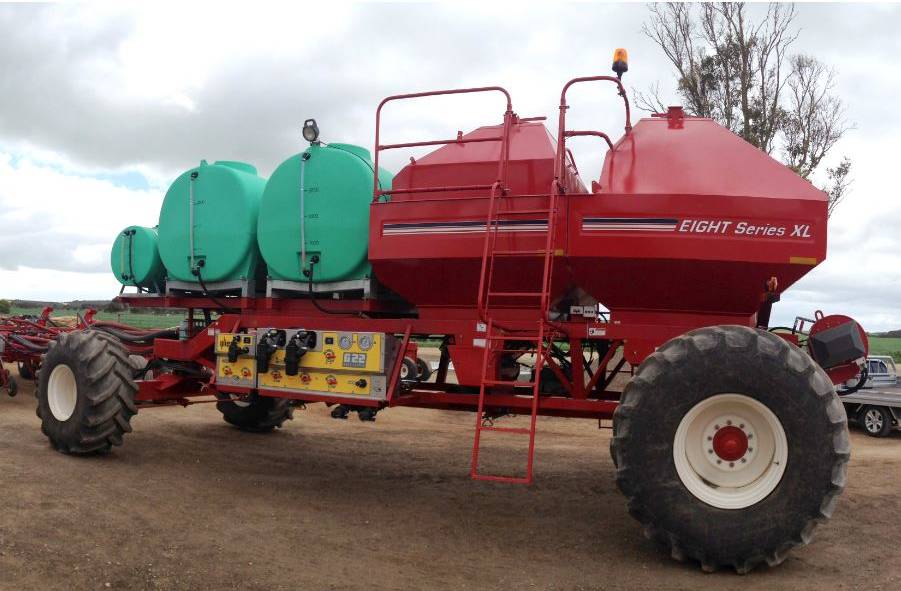 An agronomist has said liquid fertilisers can help farmers with flexibility and provide a sugar hit of upfront nitrogen to crops.

Darryn Schilling, YP Ag, based in Bute, said there had been an increase in numbers of growers using liquid products over recent years.

In particular he said there had been a push in the use of liquid furrow injection at seeding.

RELATED: Ensure you get fert bang for buck

RELATED: Manure as industrial waste cause for concern

"It is a good way of getting in some nutrients early without the risk of damaging the emerging crop through fertiliser burn," Mr Schilling said.

"There are also logistical advantages, it can be combined with fungicides such as flutriafol or Uniform and farmers can kill two birds with one stone," he said.

Mr Schilling also said there were potential efficiency gains, with less loss to volatilisation than with granular urea.

"The rise of liquids is good as it gives you some flexibility, if there is difficulty getting hold of urea you can use liquids and vice versa."

Mr Schilling said with a swing back towards MAP phosphorus fertiliser, which has a lower rate of nitrogen than DAP, the other popular P product, there may be more growers looking at liquids this year for a burst of early vigour.

"The research shows on our alkaline soils MAP is probably better than DAP and this year it is cheaper as well, so I'd expect farmers will look to bolster nitrogen application elsewhere and liquid up front is one option."

Mr Schilling said he expected there would be solid rates of nitrogen going out this year in his local area.

"This is a fairly high output area and generally farmers are prepared to feed their crops to target the better yields," he said.

"Obviously sometimes they can be underfed if there is a surprise good spring but equally that can go the other way and generally I think people recognise the value of feeding the crop to target the yields they are looking at."

The story Liquids help with flexibility on YP first appeared on Farm Online.