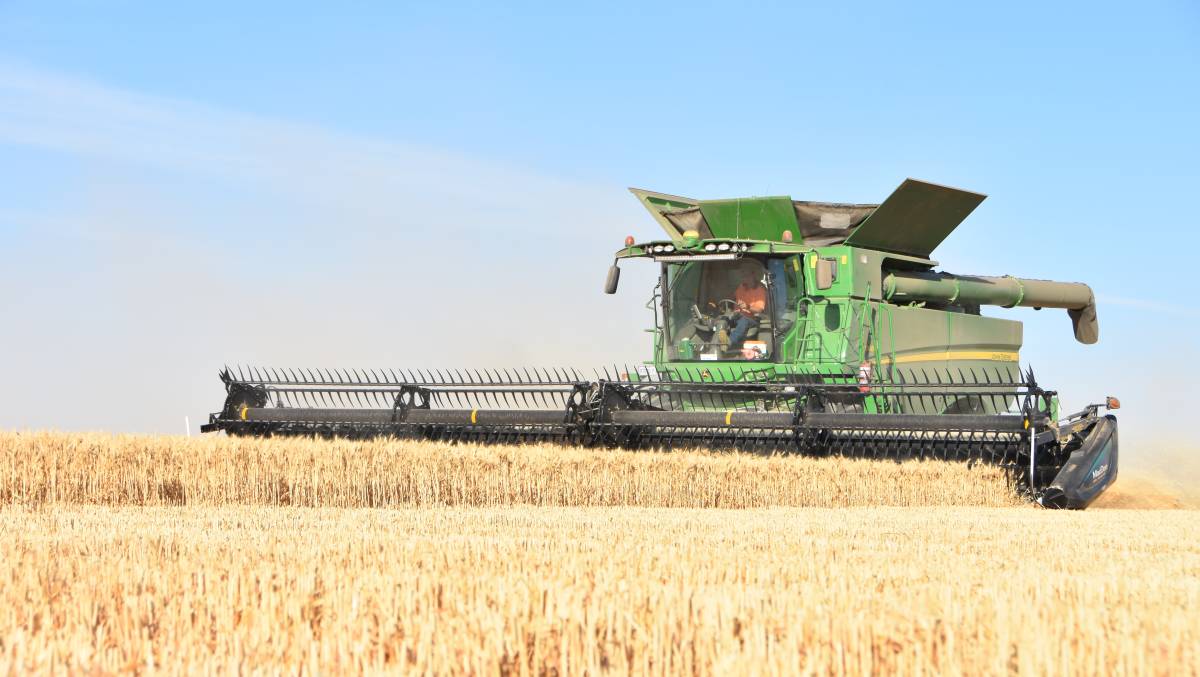 Farmers are happy with prices but Australian grain remains competitive globally due to issues with the crop elsewhere.Photo: Gregor Heard

World grain markets have kicked in light of surprise USDA data with the news especially strong for corn and soybeans.

AFTER stalling over the past month, world grain markets kicked markedly last week in response to a shock US Department of Agriculture report.

The market is still making its mind up about the accuracy of the USDA report, which saw big cuts to forecast US plants of both soybeans and corn.

Futures markets rose 5 per cent in both soybeans and corn but then fell in the next session.

"At first the market believed the numbers, then the next session they didn't with some of the gains given up, but the price rises may be necessary to 'buy acres' from northern hemisphere farmers making spring planting decisions," said analyst Malcolm Bartholomaeus, Bartholomaeus Consulting.

"Currently, in spite of the high prices in soybeans it is corn that is being priced into the rotation, so that will need to change, meaning there could be more gains in soybeans, even off current high values," Mr Bartholomaeus said.

He said the current pricing dynamic could see competition taking area away from wheat in the US.

"It is not always possible but there may be more corn go instead of spring wheat or we might see winter wheat sprayed out in favour of a spring crop, given where the prices are."

Rabobank analysts agreed with Mr Bartholomaeus, saying the report was strongly bullish for soybeans and corn.

"In spite of rises in soybean planted area it is only going to be 5 per cent above last year's depressed levels," a report by the bank said.

"Corn areas are well below what was expected by private analysts."

Mr Bartholomaeus said the most likely means of a price rise in wheat, Australia's most important crop, were the crop's value being dragged up in the slipstream of corn and soybeans.

"We might get to a stage where there is no spread between wheat and corn, where wheat is normally more expensive, and that might lead to people looking at wheat and bringing the price up in the process."

With all the action on the international front, Australian grain is expected to remain competitive on the world market.

"Basis levels (the difference between international and local prices) have been dropping on the east coast and even in Western Australia," said Andrew Whitelaw, market analyst with Thomas Elder Markets.

"With all the rain in NSW providing a solid bank of moisture for the upcoming season we would expect there is little chance of basis levels getting out of hand on the east coast given a normal season," Mr Whitelaw said.

"While they were devastating the floods have meant a full soil moisture profile," he said.

"That will mean in those northern regions of NSW where the cropping systems rely on stored moisture not much will have to go right to achieve average yields and with so much domestic demand nearby that will have an influence on basis levels.

"The end users will have more grain to choose from locally and that means the rest of the country will remain export focused, unlike in the recent drought years."

Mr Whitelaw said it was a good situation for Australian growers.

"Prices remain at very high levels, not much below drought values, and the price is competitive enough on the world stage there will definitely be demand."