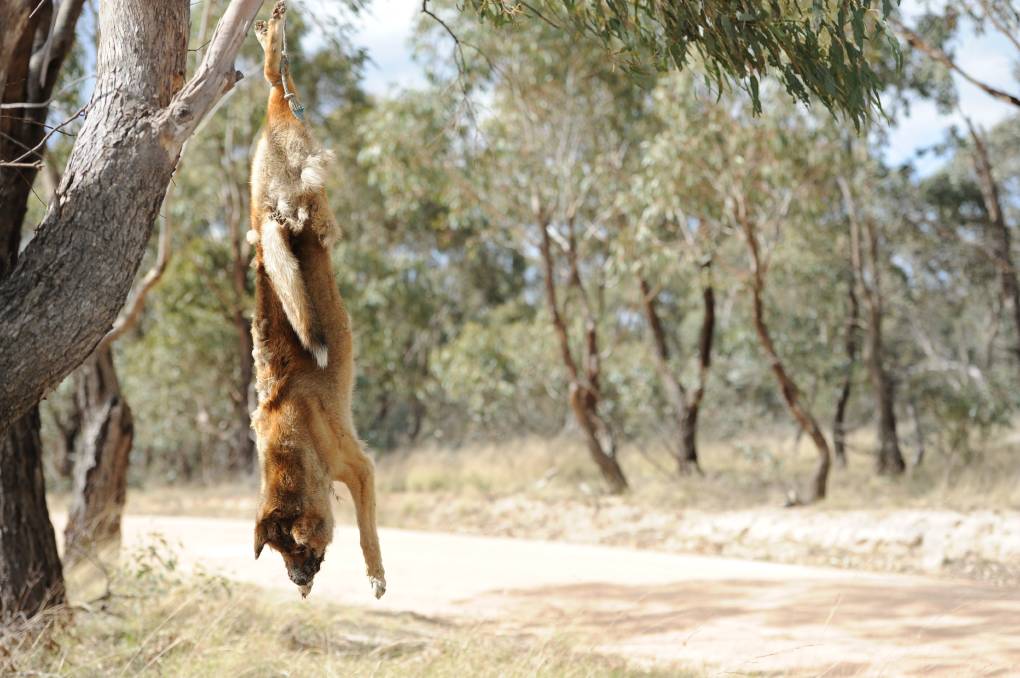 WHAT'S IN A NAME: Experts agree wild dogs are a hybrid of the dingo, but argue whether they could be called a "pure" breed - and does it really matter they are still a pest.

Wild dogs may be fair game for baiting, shooting and trapping programs run by landholders and governments, dingoes are often not.

The legal status of dingoes varies across the states and territories.

It follows a controversial study published last week which examined 5000 genetic samples from wild dogs and found 99 per cent of the animals were either pure or mostly dingo.

"The terminology wild dog is problematic because it implies that the animals are feral or invasive, however whilst dingoes may be an agricultural pest they are still a native animal," lead author of the UNSW Sydney study Dr Kylie Cairns said.

"This is why we argue that the term dingo should be used when communicating about lethal management or with stakeholders, so that it is clear what animal is being killed," she said.

"Then an inclusive discussion about balancing management and conservation of dingoes can occur."

There have been questions about how broadly the samples were taken for the study on which the scientists have responded by producing a map of their location. 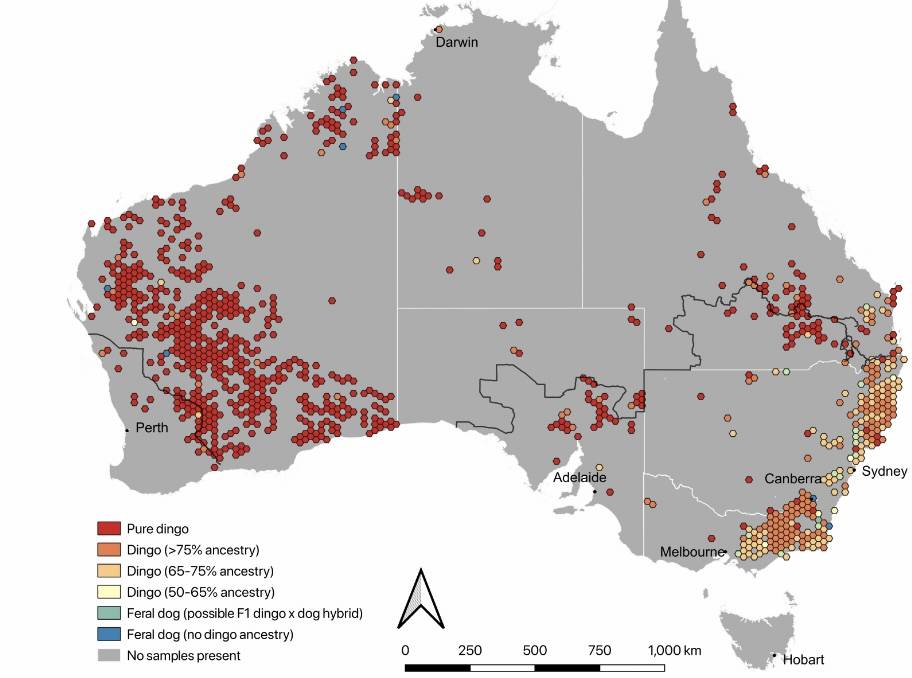 The study led by UNSW Sydney showing almost all wild canines in Australia are genetically more than half dingo, suggest lethal measures to control wild dogs are primarily targeting dingoes.

The study, published in Australian Mammalogy, collated the results from over 5000 DNA samples of wild canines across the country, making it the largest and most comprehensive dingo data set to date.

Other experts say it matter little whether the wild dogs were "pure dingo" or not they still caused great damage not just to agriculture but across the Australian landscape.

They challenge whether the dingo hybrid could be thought of as "pure" anyway.

They say dingoes are not under threat at a national level.

They are very likely more common and widespread than at any time in the past because of permanent water for livestock and mining. .

Australia has a "hybrid swarm" with varying levels of modern and ancient dog genes.

"The data they've got is no different to what we did some years ago," Mr Mifsud said.

"The dingo is an ancient breed of dog, but it's just a breed.

"The national Wild Dog Action Plan is about managing for impact, regardless of what the animal is called."

Mr Mifsud said he didn't think there was a breed standard in the country that would accept 75 per cent as pure.

Lead author Dr Kylie Cairns said a discussion needed to happen about whether killing a native animal, which has been shown to have benefits for the ecosystem, was the best way to go about post-bushfire ecosystem recovery.

The story Debate over dingo versus wild dog, does the name matter first appeared on Farm Online.