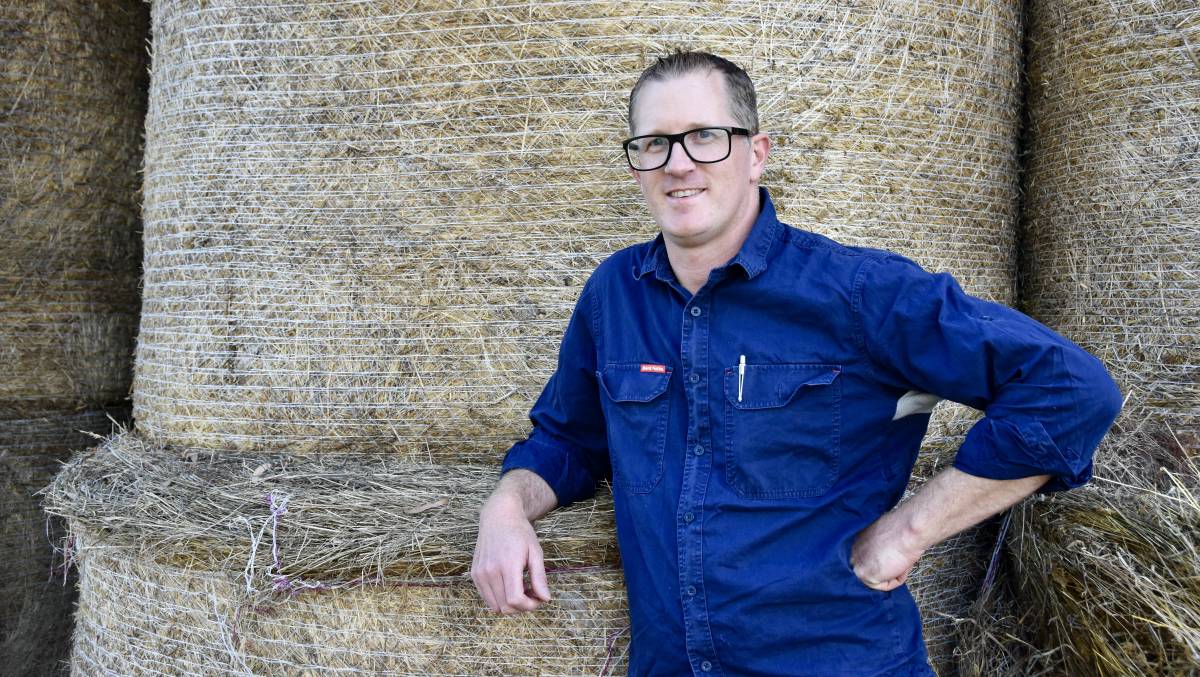 POSITIVE: Moorooduc chicken farmer Mark Shaw says the industry is in a good position, with demand steadily increasing over time.

Australians will eat 46kg of chicken per person this year.

Chicken remains the most consumed meat in Australia and even the big hurdles from COVID incursions and workforce caps last year didn't put a dent in the upward trend of increased production the industry has maintained for more than half a century.

The latest statistics from government economists show that chicken meat has improved its position slightly on previous year figures in terms of most consumed protein.

The Australian Bureau of Agricultural and Resource Economics and Sciences March estimates have Australians chomping their way through an incredible 46.4 kilograms of chicken meat per person this financial year.

That represents nearly half of all meat consumed and compares to beef's 19.8kg per person, pig meat's 27kg and sheepmeat's 5.5kg.

Back then 52 million chickens were grown, compared to today's 678m.

Research from AgriFutures Australia showed more than two-thirds of Australian households serve chicken meat at least twice a week and more consumers indicated increasing, rather than decreasing, their consumption of chicken meat in the past 12 months.

Ms Kite said the popularity of chicken meat was broadly thanks to its unique combination of quality, versatility, broad appeal, nutritional value, affordability and environmental sustainability.

Moorooduc chicken farmer Mark Shaw, who grows chickens for Ingham's, has just short of 100,000 birds at his property, which he took over from his father about three years ago.

Mr Shaw grew up in the industry and said demand for chicken meat had increased over time.

He said chicken farming did not experience the same day-to-day market fluctuations that were present tin some other industries.

"Not that we can do much here, but you know of articles that say chicken meat is growing slowly but steadily," he said.

"We're not affected by drought, the processor handles all the feed."

The day-to-day farm operations had not been affected by the pandemic.

"If Melbourne or Victoria goes into a three-day lockdown, well that just means we can't go anywhere, but the chickens aren't going anywhere either," he said.

"If there's a big surge of people panic buying chicken - or not - then that doesn't affect us either way, we're still getting the same chickens in.

"That's all planned in advance."

"They all seem to be merging, buying each other out, and that sort of thing," he said.

"There's just concerns about the power that they have, and it's not easy to switch to doing something else.

"You grow on a contract, but the land value's a lot, then you've got the sheds on top of that which are quite expensive - you're sort of locked in to these very expensive farms."

A report from the Australian Competition and Consumer Commission found a new fair trading law was needed to address harmful practices arising from bargaining power imbalances.

Mr Moore explained chicken was unique because farmers do not at any stage own the livestock, which belong to the processor companies.

The grower provides farms and accepts a fee from the processor for husbandry of the birds from one day of age until they reach market weight.

In its submission to the inquiry, the ACGC said a number of processors had either gone out of business or been acquired, with the result being the supermarket duopoly being effectively repeated at a processor level in the chicken meat sector.

Ingham Enterprises and Baiada Poultry are responsible for around 70 per cent of Australia's chicken.

This had resulted in a great deal of market power being placed in two sets of hands, according to ACGC.

Mr Moore said chicken growers hoped the ACCC report would result in the tightening of unfair contract terms to restore bargaining power balance but so far the wheels were turning slowly.