VFF asks for big, and small, state government spend in next month's budget.

Investment in upgraded roads, bridges and rail are the big ticket items in the Victorian Farmers Federation's state budget wishlist. 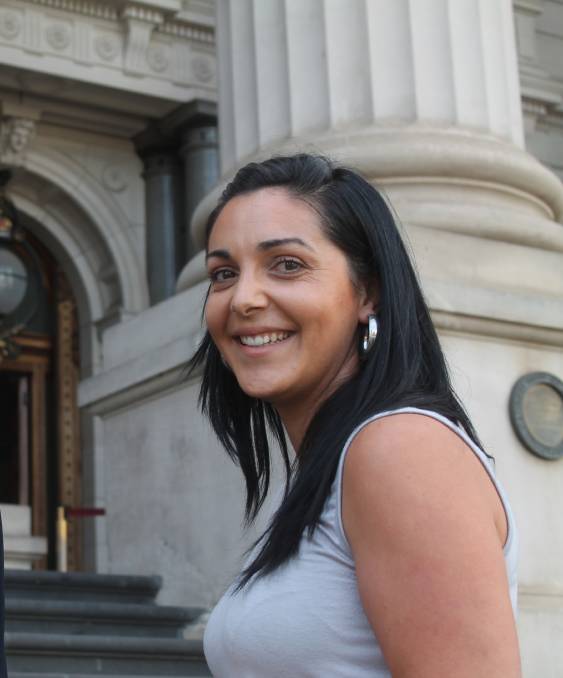 BIG SPEND: Victorian Farmers Federation president Emma Germano says state government spending on road and rail should be seen as an investment in the future.

The VFF has also asked for smaller, targeted amounts for extending the quad bike safety rebate and cattle underpass scheme.

"In order to immediately address the decline in regional road conditions, the VFF is calling on the Victorian government to provide a minimum of $650 million in the budget over the next four years for dedicated regional road asset maintenance," the VFF's budget submission says.

"We are also seeking $200 million over the next four years to reintroduce the Fixing Country Roads Program to provide dedicated funding to rural and regional councils to undertake local road restoration.

"Additionally, the VFF is also seeking a further $250 million of dedicated funding to assist councils in assessing and fixing bridges."

The government will bring its 2021 budget down, later next month.

VFF president Emma Germano said there was also a need to complete the troubled Murray Basin Rail Project to its 2015 specifications and upgrade the Portland to Maroona line from its 18 tonne axle loading limit.

"The state of rural roads is abysmal, and if they don't want to invest in rail, we are only going to see further deterioration," Ms Germano said.

"There is no excuse - they have gone back on a commitment, without actually justifying why they are unable to spend that money right now."

She said Transport Infrastructure Minister Jacinta Allan's response that the current government would not complete full standardisation of the Murray Basin Rail Project was both disappointing and arrogant.

"She says it will take a different government to complete it,"Ms Germano said.

"Does that mean she is saying to regional people that if you want a government that's concerned about your safety on the roads, you are supposed to vote in someone else?

"Not only was it disappointing, but it was an arrogant response to something we see as being crucially important, not just for agriculture, but all people in the regions."

Specific road projects include construction of the Inglewood Bypass and bridge upgrades at Bridgewater and Avoca on the Calder Highway.

"When the government spends money on road and rail infrastructure, it's not a spend, it's an investment," Ms Germano said.

"We are trying to encourage them to invest where they are going to get a really great return."

Agriculture had undoubtedly showcased its resilience throughout the coronavirus pandemic.

"We are a significant economic contributor, delivering $13 billion to the Victorian economy, providing a quarter of all exports and employing more than 87 thousand people," Ms Germano said.

"Dollar for dollar, our industry punches well above its weight in terms of economic returns and it's time we received our fair-share."

"The Victorian government needs to recognise the industry's future potential and invest accordingly. "

Other programs the VFF said it would like to see the government invest in were the On-farm Emergency Water Infrastructure Rebate Scheme and newly proposed On-farm Fire Suppression Grants, which would future-proof business and encourage investment."

The VFF was also calling for an extension of projects like the Cattle Underpass Scheme and Quad Bike Safety Rebate Scheme, money for wild dog management, pest plant and animal management and roadside hazard reduction.

It also wanted the government to spend $155 million to develop a long-term energy plan, including upgrades to support energy transmission capacity in regional areas and to upskill electrical contractors to provide advice and to service farms.

The VFF has also asked for $5 million to establish a Ministerial Advisory Committee to oversee the preparation of a statewide strategic plan for renewable energy.

"Those are not large spends but they will keep other things moving, and show a commitment to farmers health and safety," Ms Germano said.

"We are being reasonable and realistic, we also know there are concerns around government spending, so we are being really targetted.

"They are small enough amounts, but have specific outcomes."