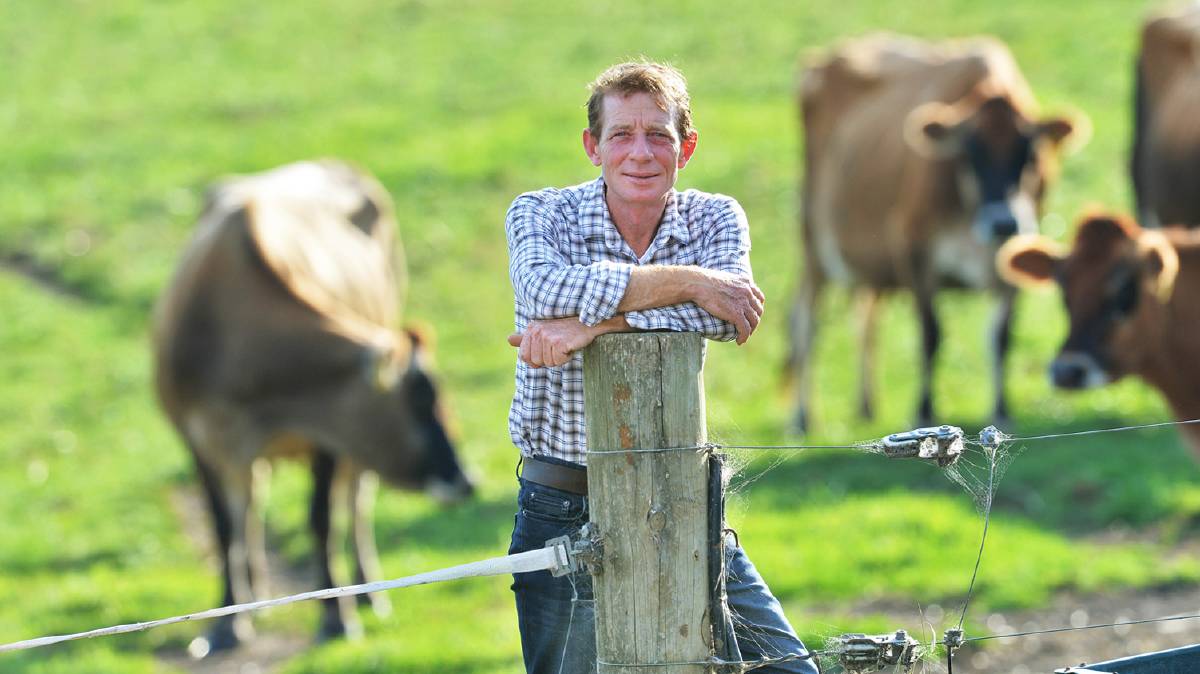 Industry needs to look to the long-term to create prosperity, says Mumford.

The head of Victoria's peak dairy farmer body says confidence is key, if the industry is to arrest a decline in producer numbers and stagnating milk production.

United Dairyfarmers of Victoria president Paul Mumford said the industry needed to look at how it could create a profitable, sustainable and prosperous industry, over a long period of time.

That might see milk production grow into the future.

"We have had perfect conditions, milk prices have been okay, but it all comes down to the fact it's the season that has brought profitable times.

"What the dairy industry needs are profitable times over a long, sustained period to regain confidence.

"There are too many issues, like labour, the cost of production, water and electricity.

"Farmers are becoming tired and the current economic climate shows other commodities are showing profitable returns."

While Victorian dairy farmers are enjoying one of the best seasons in years analysts said milk production growth was failing to materialise.

Mr Mumford said farmers were making future decisions, while the opportunities were still there.

Diversification of dairy businesses, to mitigate risk, improving the Dairy Code and budgeting over the long term could help.

"There are many solutions out there that we need to explore, to regrow confidence," he said.

"The ABARES report says the dairy sector has survived the COVID pandemic quite okay, but it neglected to point out the labor issue has had an enduring effect on the farmers," Mr Mumford said.

"Dairy farmers have struggled to find labour and they have had to pick up the slack and do the work themselves.

"Farmers that own businesses have had to work so much harder, to succeed."

The sector required a reasonable skill level, when it came to its work force.

"We have animal welfare and land management issues we have to abide by, so we can't employ the man off the stree," he said.

"At the rate were going, we won't have much of a dairy industry left in five years," Mr Hanks said.

'It's really starting to worry me now.

"I wasn't that worried when all the northern (irrigation) farmers started getting out but when you have the most reliable rainfall here in Gippsland and every second farmer is changing or thinking of getting out, something seriously needs to happen, and soon."

Mr Hanks asked who was going to pay for research and development, if the industry shrank to half its size.

"Nobody is going to invest in dairy if it keeps shrinking and it allows more imports.

"Like the car industry, who is going to employ all the workers related to dairy if it's only half its current size?"

"There are a lot of people make a living off the dairy industry and my biggest concern would be the ones left won't be able to afford them, as the pool of cash to go around isn't going to be enough."

"You are just standing around waiting for someone to pull another swifty on you," he said.

"It cost money to run a dairy farm and it's a big commitment," he said.

"I am upbeat about it, but I can understand why people want to get out - the way its going it will be a liquid milk market, and that'll be about it.

"Saputo and Fonterra are not here because they like us, they are here to make money."