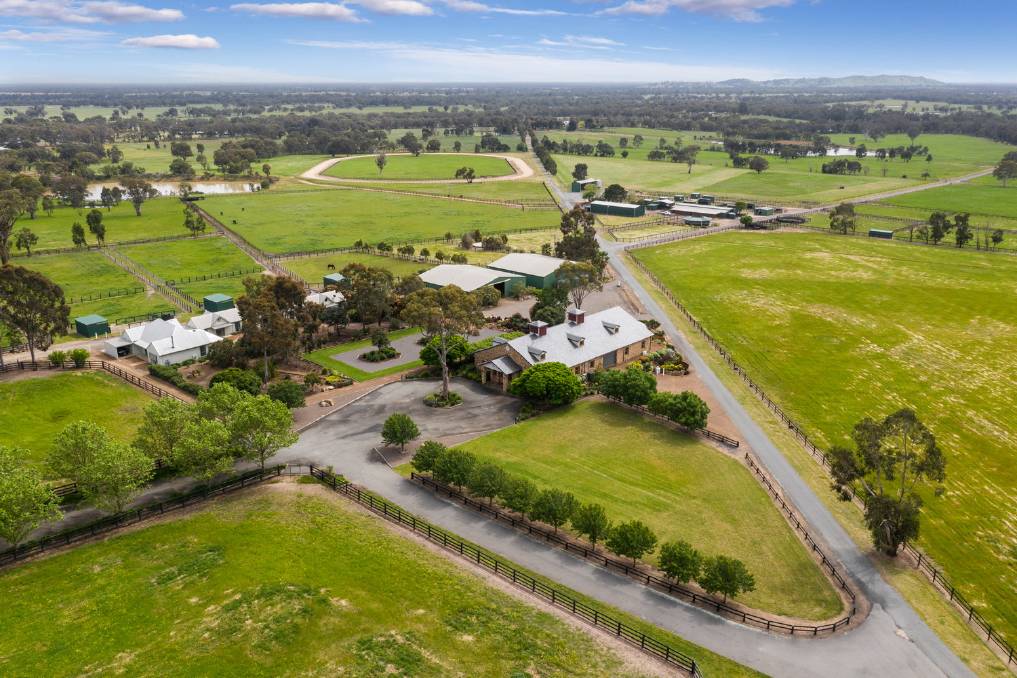 The property offers an extensive range of equine facilities for thoroughbred or standardbred breeding or racing enterprises.

Property of the week | Lauriston Bloodstock at Longwood.

A property that is set in Victoria's leading equine district and is judged to be one of the finest established equine holdings in Victoria is on the market.

Nutrien Harcourts has listed the property known as Lauriston Bloodstock at Longwood and is is calling for expressions of interest, closing Wednesday, April 28 with an expectation that it will sell in the $4 to $4.5 million range after attracting attention from all sectors of the equine industry.

The property with a freehold area of 100 hectares is at 113 Longwood-Ruffy Road, barely minutes east of the Hume Freeway, or a comfortable two-hour Hume Freeway journey north from the city.

The Lauriston property has an interesting history apart from the development and undoubtable success that the vendors Bill and Anne Anderson have enjoyed from their 15 years of ownership.

The property during the late 1990s and early 2000 period was under development as the Vinery Stud by US-based businessman Dr Tom Simon who had set out to create a Victorian equivalent of the great horse studs of Kentucky as both a destination, as well as a premium thoroughbred breeding holding. 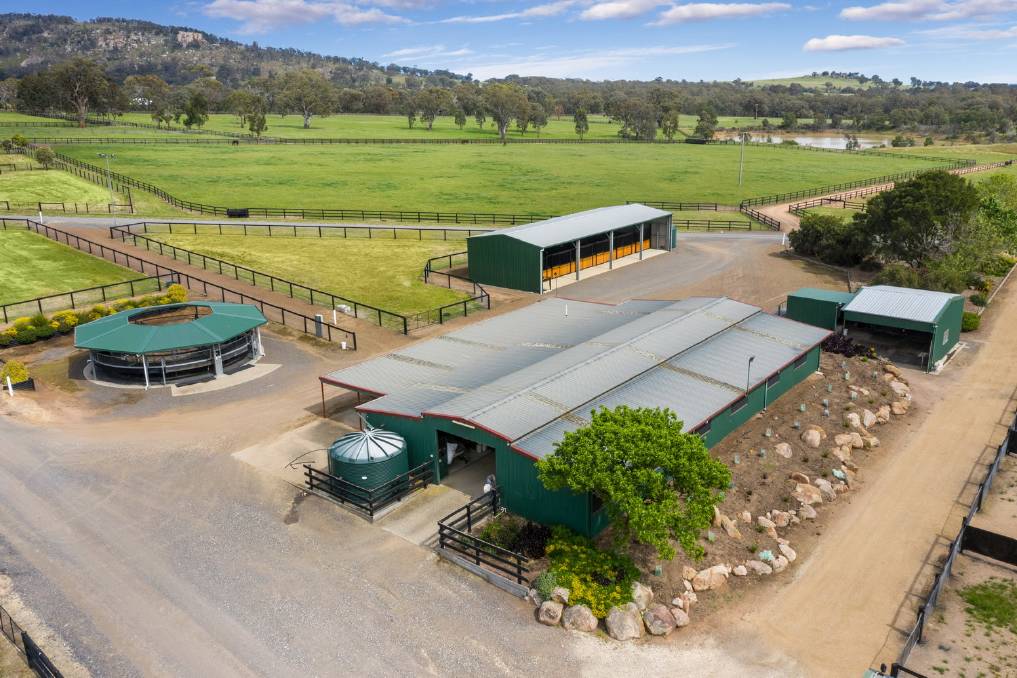 All the equine facilities include a 12 box stabling facility, plus a six box stallion barn, and three other major shedding structures for fodder, vehicle, and machinery storage.

His plans were only partially complete when the current owners purchased privately the key part of the planned home portion of the Vinery development in 2006.

Over the last 15 years, they have made a significant investment in advancing and completing their project, as well as achieving significant success in their chosen enterprise of breeding (and racing) standardbred horses.

They have been twice declared 'Breeders of the Year' in Victoria as well as breeding 27 Group One winning horses, most of whom were foaled and or reared on Lauriston.

They also hold the record of having sold their own yearling filly at auction for $160,000 as the Australian record sale price.

Moreover, they own and agist two top standardbred stallions on the property together with their band of 15 mostly American bred broodmares.

The foremost improvement on Lauriston is the local granite stone homestead which was built by a top stonemason and designed to be the Vinery Stud office and stallion barn.

As vendor Bill Anderson says after two renovations, they have remodeled the striking spacious building of about 60 square metres, into a three-bedroom family home with every service, plus extensive living, entertaining and garaging spaces.

Then there are the fully developed equine facilities including a 12 box stabling facility, plus a six box stallion barn, and three other major shedding structures for fodder, vehicle, and machinery storage.

All the equine facilities are up to date, functional and fit for purpose and impressive to inspect.

There is in place a motorised horse walker, plus an 800 metre railed and sand-based exercise track. 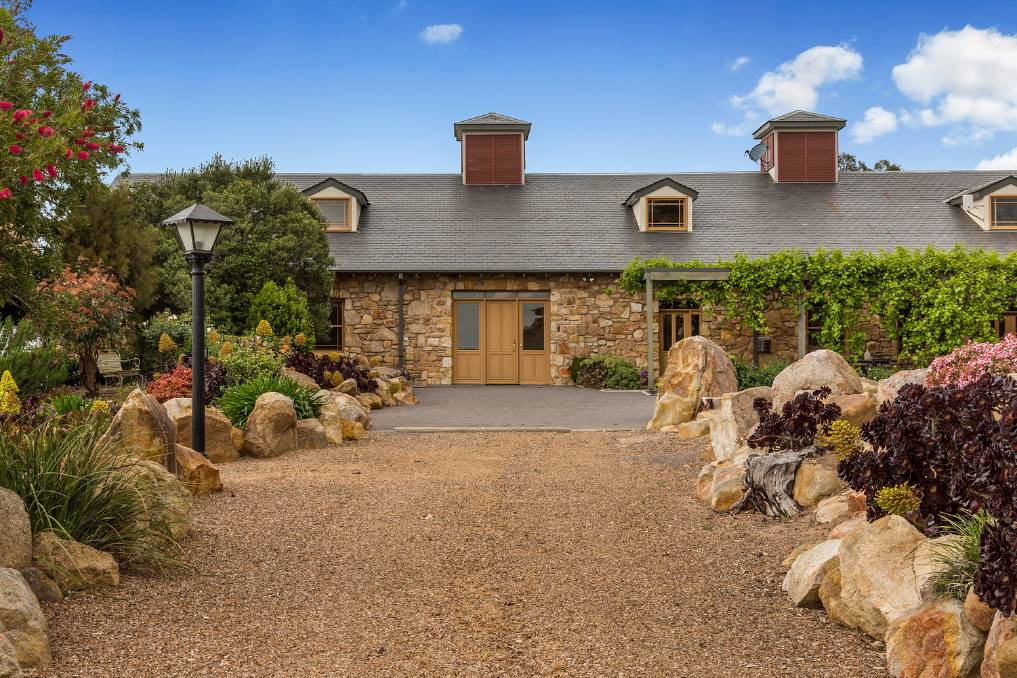 There is the comfortable fully equipped three-bedroom manager's home and adjoined by three double bedroom and self-contained staff quarters.

These buildings overlook the floodlit foaling down paddocks fully set up for this function.

A staff luncheon facility plus adequate storage for horse gear is also in place.

All the buildings are set in landscaped gardens and grassed areas with irrigation water derived from the large on-farm dam equipped with a solar pump.

There is also a second dam.

Significantly, the property is served by a town water connection plus there is a large volume of rainwater held in multiple tank storages, while the several fuel tank storages add to the self-sufficient operational nature of Lauriston.

The superlatives do not end with the home and equine facilities as Lauriston is subdivided into 14 main paddocks up to 25 acres in size.

Plus, there are the 12 quarter acre spelling paddocks plus six post and rail stallion yards. 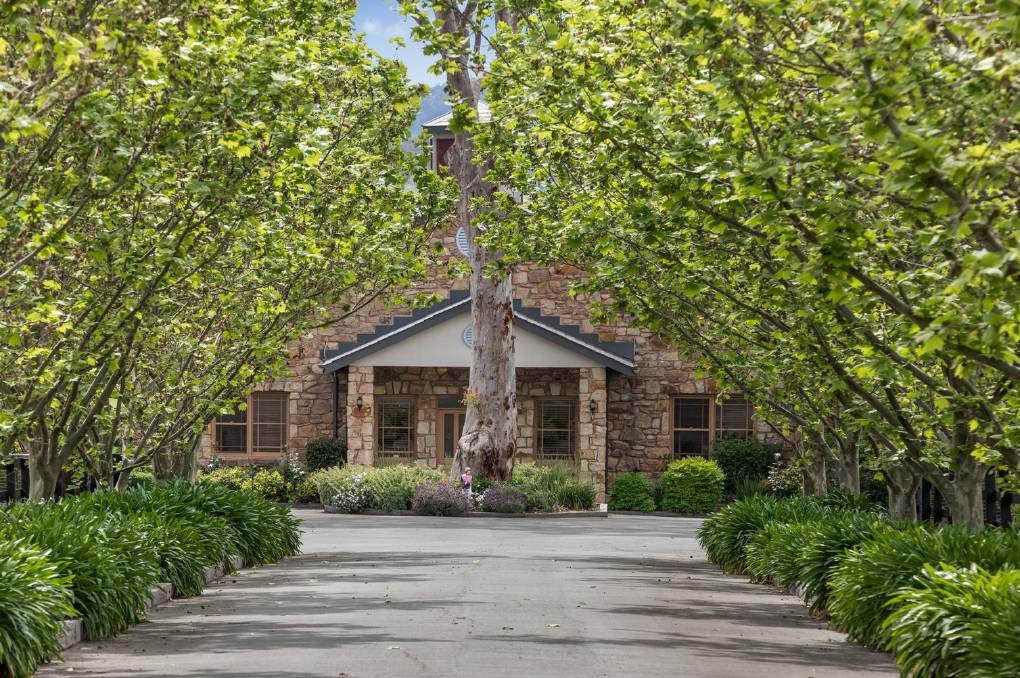 In recent years, a significant investment has been made into fencing most of the paddocks with a three panel American synthetic horse rail which affords safety plus security, easy maintenance, and a long life.

While the property has a long and highly visual bitumen road frontage the majority of the internal farm roads are also bitumen.

He says the key is not only productivity in the warmer, reliable rainfall horse-friendly local district, but it creates horses with bone and enduring qualities for their race day performances.

"Right next door on the eastern boundary is the Longwood Thoroughbred Farm, formerly Fulmen Park, while opposite is the former Rockmount, now Leneva Park, both top level equine holdings," she said.

"By any measure this is the Toorak address of Victoria's equine industry.

"Lauriston will appeal to all levels, either thoroughbred or standardbred.

"It could be used by the purchaser as a stallion or broodmare farm like the vendors, or for owners and trainers as an agistment, pre-training or racing preparation facility.

"By any measure, Lauriston would be judged to have significant income potential with little or no ingoing capital investment required as it presents.

"The vendors after their development and venture success have decided with no family continuation to conclude their delightful lived and competitive experience on this property and I expect it to be keenly sought on the presentation alone."