Aubrey Pellett uses the Forage Value Index tables to see which ryegrass varieties are the best performers in his region, particularly during winter.

Perennial ryegrass is a mainstay of Australian dairy farm grazing systems and its production per hectare is a major profit-driver for individual businesses.

"It is one of the biggest underlying factors driving dairy business profits," he said.

The couple milk 450 mostly Holstein Friesian-based cows, having expanded the herd by about 30 per cent in the past 10 years.

To help fast-track this process, he said they used the top ranked bulls from the Balance Performance Index (BPI) generated through the DataGene's Australian Breeding Values (ABV) system.

The BPI is a blend of the ABVs for the main traits that influence a dairy cow's contribution to the farm business, including production, fertility, functional type, survival, cell count, workability and feed saved.

"We want our cows to be as productive as possible during their milking life, which is about six years for us," Mr Pellett said.

"Using the BPI, we know we are getting bulls that will breed cows to maximise farm profits.

"All the main milk quality parameters are covered, so it becomes a really powerful tool to help breed a highly productive cow." 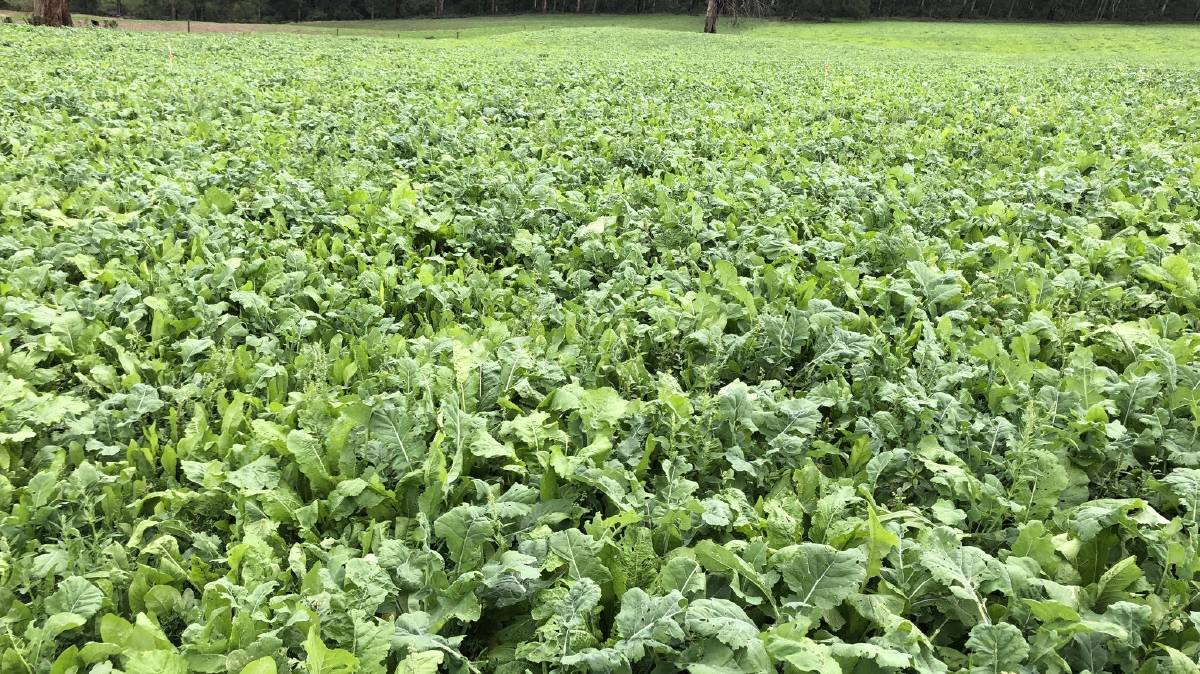 Crops including turnips, sorghum, millet, rapeseed and irrigated maize provide a valuable alternative feed source in summer and form part of a pasture renovation plan in the autumn.

Mr Pellett produces about 2.8 million litres of milk annually, with an average 500 kilograms of milk solids per cow.

He uses a 50-bale rotary dairy and milks twice each day.

Similar to most dairy farms in Victoria and Tasmania, his pasture base is predominantly made up of perennial ryegrass, and he is focused on lifting per hectare production.

Mr Pellett said as the quantity and quality of his ryegrass production increased, his overall business productivity would improve on the back of a combination of: the ability to increase stocking rates; production of more milk per cow; and lower supplementary feed costs.

Along with perennial ryegrass, each year he plants about 12ha of irrigated maize and 10ha of turnips.

The turnips are used as a valuable alternative feed source in summer and form part of a pasture renovation plan in the autumn.

In the past, there has been another 15ha of the farm sown to sorghum.

But, for the first time in 2021, this area is being devoted to a millet-rapeseed mix.

It was sown in early December, at a rate of 25 kilograms/ha, and will provide a valuable six-week grazing window for dry cows in late summer.

"It is a highly nutritious, yet low-cost, green feed for this time of the year and is cheaper than feeding-out hay," Mr Pellett said.

"We think the millet-rapeseed mix will give us more flexibility than growing sorghum, which can only be grazed at a certain height due to the issue with prussic acid.

"For that reason, and sometimes due to a lack of summer heat, we often can't make the most of the full potential feed value of the sorghum."}

Having identified the economic importance of choosing the most productive ryegrass variety for his environment and seasonal conditions, he turns to the independent ranking data delivered through Dairy Australia's Forage Value Index (FVI) system.

This was introduced in 2017 and compares more than 20 perennial ryegrass varieties for four dairy regions in Australia. It also provides overall tables, and tables for different seasons.

"We analyse the FVI tables to see which ryegrass varieties are the best performers in our region," Mr Pellett said.

"Although there are not many new varieties added to the system annually, trial data from the local area - as well as from trials in other major dairy production areas of Australia - is continually updated.

"So, you can get a good idea about how varieties perform across years and under a range of conditions and seasons.

"The FVI data is the industry's main source of independent information and comparisons and it is easy to access and interpret."

Mr Pellett said the index was particularly valuable to assess a variety's performance when grown in different seasons - whether spring, autumn or winter.

"Because I am an autumn calver, the more pasture I can grow in winter, the better," he said.

"I am always seeking the best varieties to achieve that in my individual system.

"The FVI gives me that break-down and I use it to fine-tune my pasture decisions."

"All of this links into optimising profits per cow and per hectare," he said.

Mr Pellett said he would continue to base his pasture selection decisions based on the FVI system in the future.

He said the longer the system was in operation, the better the value of the data.

"Trends and rankings will become even more robust across years and different seasonal conditions," he said.

"It provides 'real' agronomic and economic values for perennial ryegrass varieties that directly impact on our hip-pockets..

"In my Nuffield study, carried out before the Australian FVI system was developed, I found the provision of such an FVI to the dairy industry would - over time - benefit the whole sector.

"This included providing valuable feedback to plant breeders, which would then incentivise them to continue their efforts in targeted variety improvement."

More information about the FVI overall tables for the three Victorian regions and Tasmania can be found at: www.dairyaustralia.com.au/FVI.