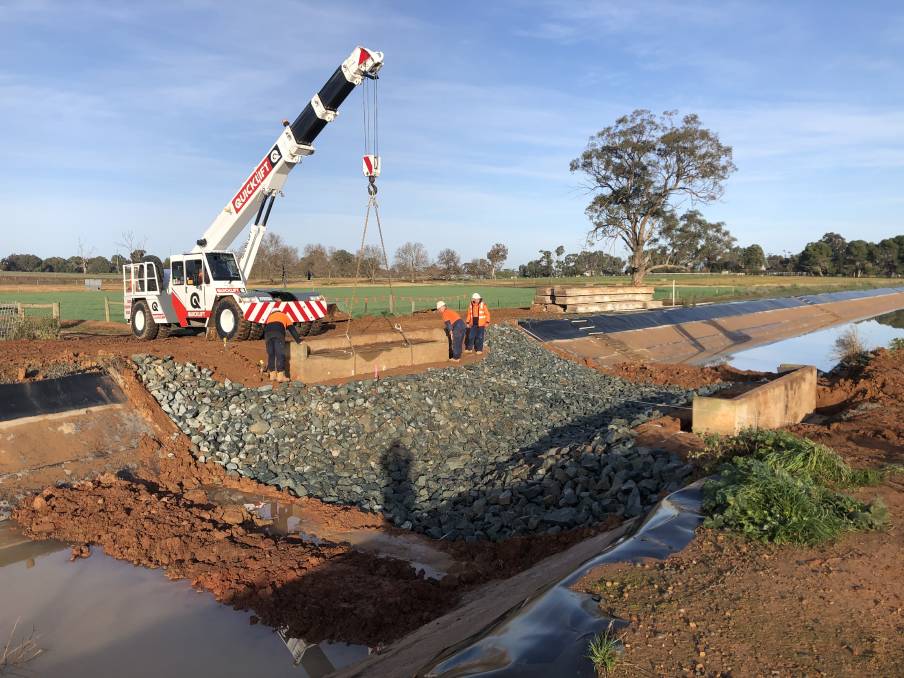 MORE WORK: Goulburn-Murray Water has been given more funding to complete infrastructure upgrades in the Goulburn Murray Irrigation District.

Axed Water Efficiency Program has recovered just 0.2 gigalitres since 2019, or 0.04 per cent of the 450GL required.

The federal government has moved to clear up confusion over the funding source of two Goulburn-Murray Water projects.

The commonwealth is funding a $175.5 million in funding two G-MW modernisation projects, designed to recover a further 15.9 gigalitres of water for the environment.

But Federal Water Minister Keith Pitt said the money was not coming from the axed Water Efficiency Program.

"To clarify, the G-MW Water Efficiency Project was funded from the Water for the Environment Special Account, consistent with the purposes and requirements stated in the Water Act 2007," Mr Pitt said.

"This project highlights the reprioritisation of the government to off-farm projects and the benefits that be realised.

"It also reinforces my pledge for no more buybacks."

"The WEP has not worked as it was expected to - not for returning water to a healthy river and certainly not for communities who deserve as much water as possible to remain economically and socially productive, and to underpin local jobs," Mr Pitt said.

"The WEP has recovered just 0.2GL since 2019 - that's 0.04% of the 450GL target of additional water for river health outcomes that our government is committed to recovering.

"We are closing the program and replacing it with a new approach that will focus the more than $1.5 billion available in the Water for the Environment Special Account on securing water by improving the efficiency of off-farm irrigation infrastructure.

But Ms Quick said the funding was for work that was separate, and in addition, to the $2.2billion Connections project.

"The Connections saving target has been met and these new projects are above and beyond Connections," Ms Quick said.

"This will enable Victoria to meet its obligations under the Basin Plan and deliver a modernised system for the region."

Ms Quick said more than 1000 customers were expected to benefit from improved irrigation standards, as part of the G-MW WEP.

"The Connections Project, which was completed in October 2020, achieved its targeted water savings of 429GL and automated most of the system, replacing old and leaky channels with state-of-the-art infrastructure," she said.

"Following the completion of the Connections Project, GMW has identified further off-farm efficiencies to deliver more water savings through our network and provide an improved level of service to more of our customers."

The project was expected to use off-farm infrastructure changes to help meet Victoria's obligations as part of the Murray Darling Basin Plan and avoid water buy-backs by the Commonwealth Government.

Water savings were expected to be generated by reducing conveyance losses in the Goulburn Murray Irrigation District channel system.

Last year, a senior Department of Environment, Land, Water and Planning bureaucrat said it had always been known Connections was never going to modernise every part of the system.

Mr Fennessy said if the WEP projects were not carried out, water would come out of the consumptive pool

"If we didn't deliver these, we would be very much in a place where the commonwealth came in, looking at buybacks," Mr Fennessey said.

There will be no reduction in the amount of water available within the consumptive pool and the project will not put upward pressure on water prices.

The two proposals, to be funded by the commonwealth, are the :

Work is expected to start in winter, this year.

The projects are currently planned for completion in 2024.