Feedlotters bid up on better lines of cattle at Pakenham. 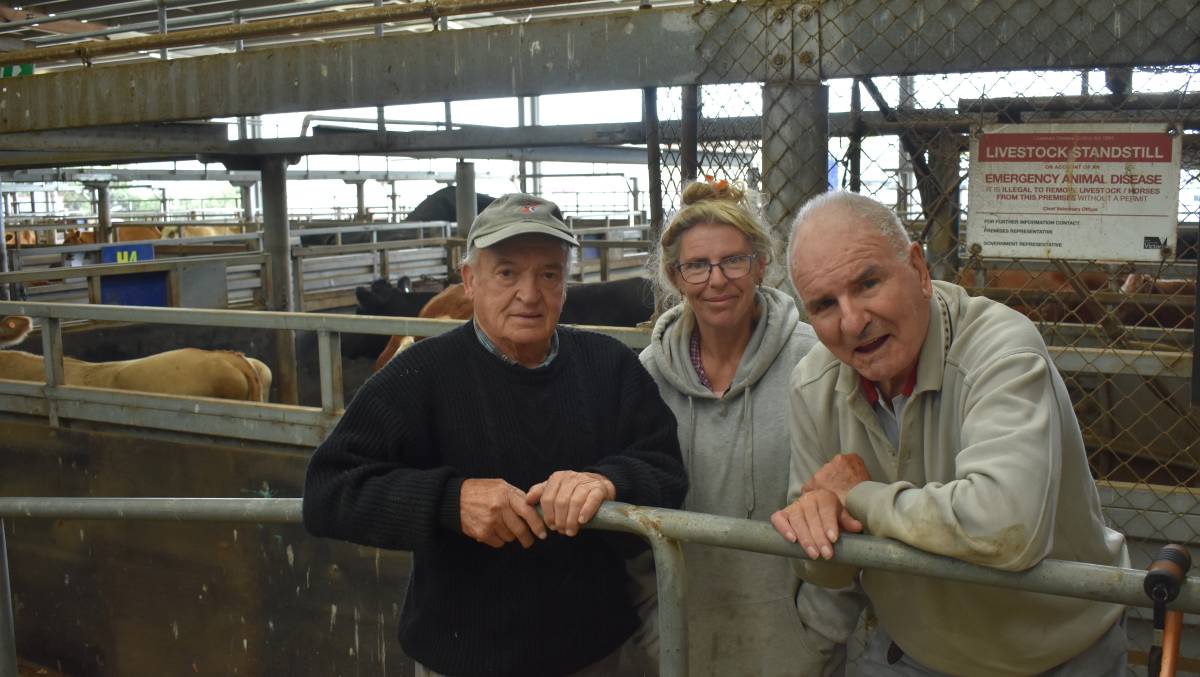 Agents offered a mixed yarding of 2116 head of steers and heifers, with 67 x 65 cows and calves.

Michael Robinson, Elders Pakenham, said while there were quite a few cross-bred cattle, there was also a good run of Angus and feeder steers.

"If we didn't have the likes of the feedlots and commission buyers here, it would have been very tough," Mr Robinson said.

"The cattle are quite heavy.

"We didn't have any cattle under 400kg, until the last pen, so that cancels out a lot of your graziers - it was a feedlotters delight.

"People follow the trend after the Mountain Calf sales, it's not quite that, but still very strong.

"You are looking north of 400 cents a kilogram to 420c/kg, for the heavier end of steers."

"The feedlots underpinned the whole sale, for the better end of cattle," Mr Setches said.

"Once again a very strong sale, especially for the better lines of cattle, although we are getting to the bottom of them now," he said.

"This market, which is always on the back of the Mountain sales, is generally a bit of a higgledy-piggeldy one, but in a fortnight's time we will see better drafts come back."

Jason McInnes, Everitt, Seeley and Bennets said he thought it was slightly dearer on the heavier cattle and the lines of good breeders cattle.

"It was a little bit softer, but not much, on any of the odd pens of off-bred cattle," Mr McInnes said.

"It wasn't a disaster, by any means, but a bit easier."

Pakenham store cattle sale kicks off with cows and calves

Post by Pakenham store cattle sale kicks off with cows and calves.