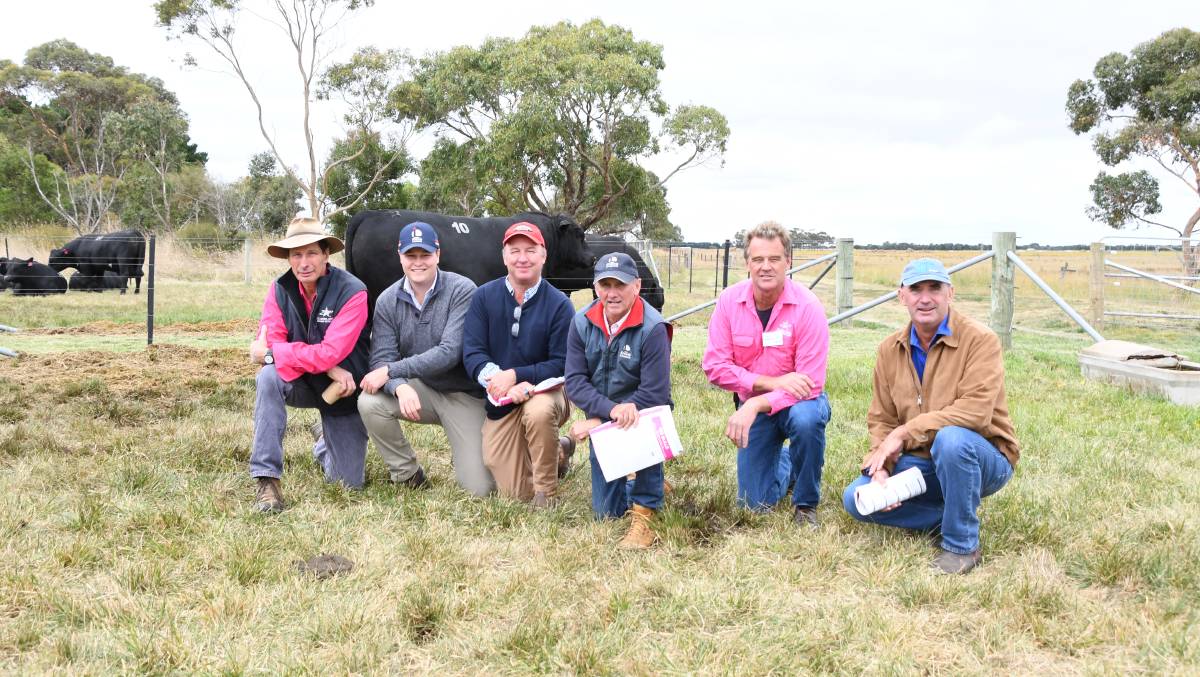 A hefty 169 bulls were put forward by the Gubbins family and were secured by stud and commercial producers across five states.

The 18-month-old Te Mania Qontemplate Q1149 was an embryo transfer son of Te Mania Mojo M886, and in the top 5 per cent of the breed for all $ selection indexes.

"We all really liked Lot 10, and we thought given the interest around the bull it would be better to work to secure the bull together," Jack Laurie, JRGV Angus, said on behalf of the syndicate.

"[We liked him for] his overall sire appeal and dimension, he has a lot of extra dimension and butt shape, extra muscle expression and foot structure.

"We think he's going to have a really good place in all our herds, and work really well for everyone involved."

"He's a bull with a lot of balance, he's a new pedigree for us which gives us the opportunity to try him over the different genetics we have," Mr Vincent said.

"He's just a complete package, from birth weight to his high carcase details, and he has the phenotype that we liked from Mojo.

"He wasn't from the cow line we came here looking for originally, but we found we felt a bull that will produce progeny better aligned with our clients' operations." Te Mania Qompulsory Q1070 was an 18-month-old son of Te Mania Legend L646, and in the top 1pc of the breed for milk, scrotal size and intramuscular fat.

"Lot 147 just ticked the boxes, he has the temperament, a good head, a real true to type Angus," Sinclair Munro, Booroomooka Angus, said.

"He's a bull that we can use over both cows and our heifers, but has an explosive growth pattern and high marbling figures."

The third top-priced bull was Lot 104, a 19-month-old Te Mania Kirby son, who was secured by another syndicate in attendance which included Dunoon Angus, Holbrook, NSW, and Rennylea Angus.

Major volume buyer was Lachie Whitely, Cudgewa North, securing 19 bulls for an average of $10,263 for his family operation breeding cattle for the Rangers Valley feedlot.

Te Mania stud co-principal Tom Gubbins was smiling at the conclusion of the sale.

"The prices we received were very good today, and very reflective on the current market and I feel our hard work."