Agents yarded about 1000 calves at Ensay. 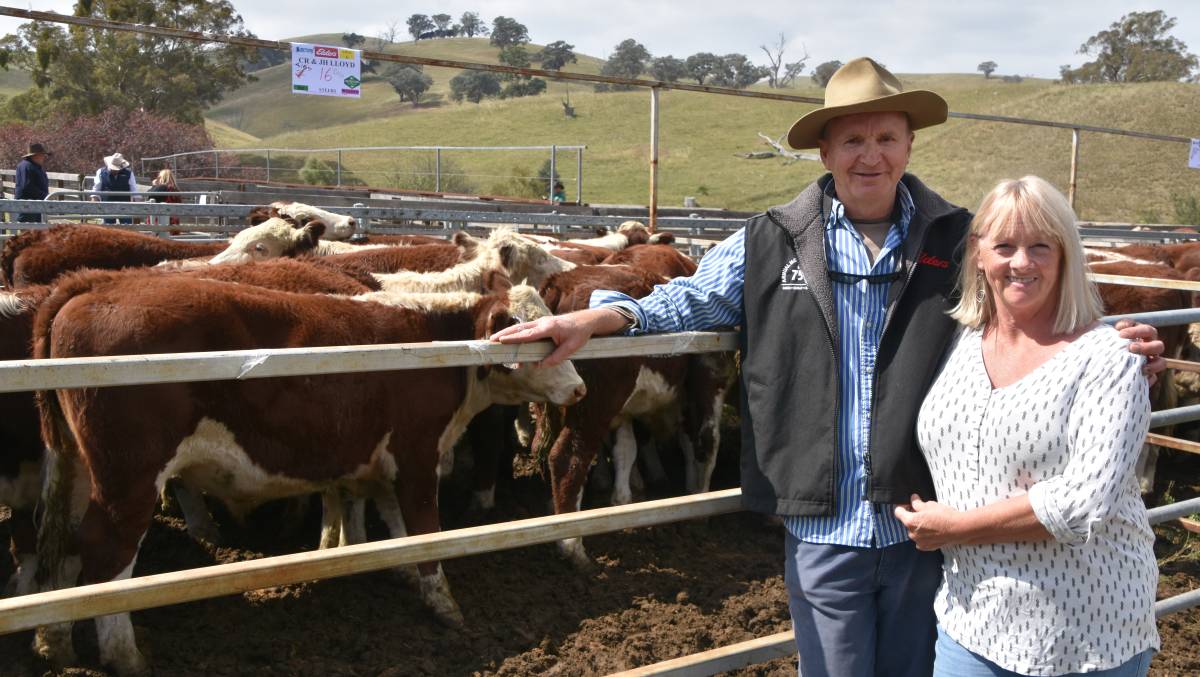 Crowds returned to Ensay on Wednesday for the first time in two years where 10 and 11-month-old calves sold for more than $2000.

Agents yarded about 1000 calves for the fourth Mountain Calf Sale, 12 months after the market was cancelled due to last year's Black Summer bushfires.

It was the first time since the mid-1960s the annual sale had not been held in the high country community.

Reedy Flat Hereford and Hereford/Shorthorn breeders Craig and Jane Lloyd sold the dearest pen of the sale with a consignment of 16 steers which went under the hammer to a return buyer for $2010.

The incredible result was a welcome sign for the couple who have spent the last 14 months repairing and rebuilding infrastructure after bushfires burnt a third of their property in January 2020.

Ensay breeders Evan and Dot Newcomen topped the market in the heifer section with a pen of 25 Hereford/Shorthorn-cross heifers fetching $1940.

Elders Bairnsdale livestock manager Morgan Davies said the results were very similar to the first day of sales at Omeo and Benambra.

"A lot of people come to Ensay to buy specific cattle and it's those return buyers who have had good results in the past that seem to set it up," Mr Davies said.

"Most of the cattle will go into grass-fed programs and a lot of companies have various antibiotic-free schemes and I guess that's where they will go."

"Heifers were also very popular and when you can sell a cull cow for $1800 or $1900 but we've seen you can step into a heifer for a similar price."

The sale started with a pen of six 15-month-old steers offered by Reece and Wendy Newcomen, Ensay, which made $1990.

Phil and Kerry Geehman, Ensay, sold 40 Hereford/Shorthorn-cross heifers including a top pen of 18 heifers for $1570.