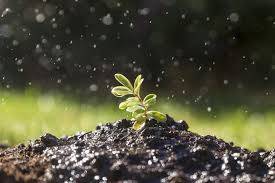 SUMMER 2020-2021 rainfall was 14 per cent above average for the state overall, owing to a wetter than average January.

Rainfall during summer was above average in parts of central-west and south-west Victoria, as well as in the north-east, and closer to average elsewhere.

January's above average rainfall more than made up for a drier than average December and February.

Some sites had their highest summer daily rainfall on record from rain events close to the beginning and the end of January associated with low pressure troughs drawing in tropical moisture from the north.

February was drier than average for the western half of Victoria and parts of the south-east, with only the north-east reporting above average rainfall.

Most of the western half of Victoria had less than 40pc of its average February rainfall.

Root zone soil moisture at the beginning of March is below average in pockets of western Victoria and West Gippsland but is above average for parts of the south extending into central Victoria and the north-east.

With a record site total of 586mm for the season, Haines Junction (Mount Sabine) was also the wettest site in Victoria this summer.

Days were cooler than average in parts of south-central and eastern Victoria, while night-time temperatures were close to average across most of the state away from the north-west.

The mean maximum temperature for Victoria over summer was the coolest since 2010-2011.

Above average rainfall was mostly a consequence of the current La Nina event that influenced Australia during the summer.

While the La Nina has passed its peak and is waning, it is still likely to influence rainfall patterns at the beginning of autumn.

The rainfall outlook for March favours above average rainfall for most of south-eastern Australia.