Heifers and steers in demand at the final sale. 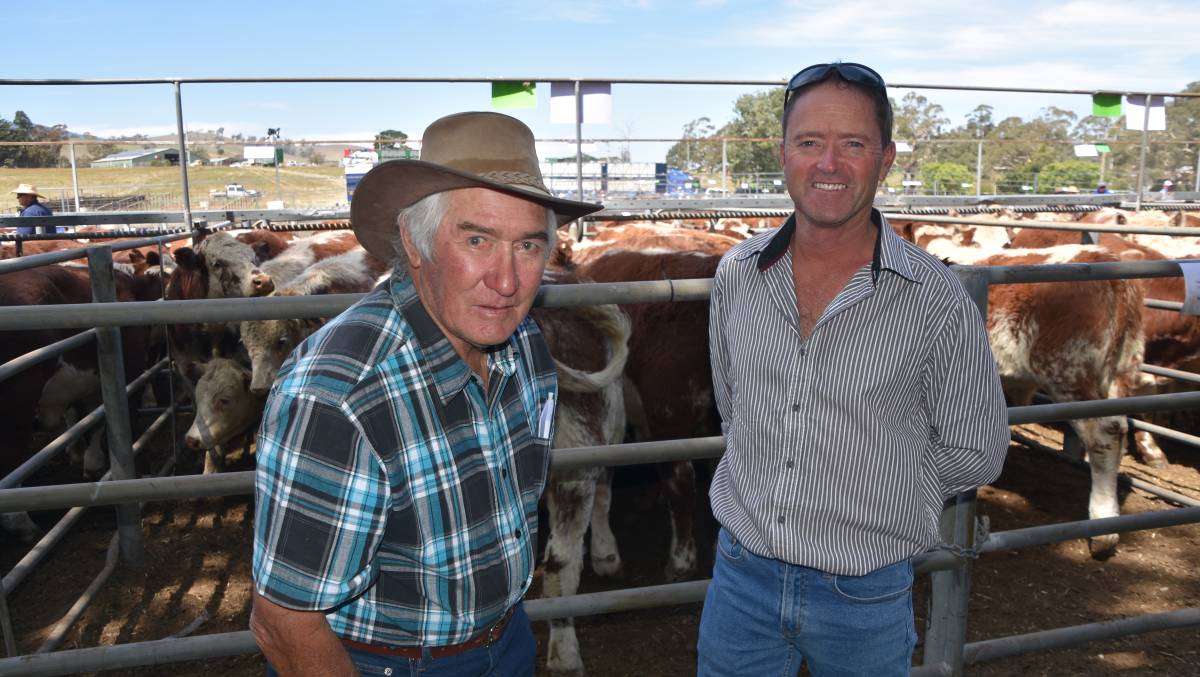 Bidding was fierce at the final sale at Omeo today, with Hereford and Hereford/Shorthorn-cross steers reaching $2050 and heifers to $2180.

Elders Omeo livestock manager David Hill said although it was a smaller yarding, it was a terrific result.

"The quality of the cattle was magnificent," he said.

"The season in the mountains here has been one of the best autumns we've probably seen in recent history.

"The guys that have been able to get those cattle through those tough times have certainly been rewarded with how the beef industry is today."

The sale exceeded expectations and demand was very strong, he said.

"We're in a herd rebuilding phase."

The heifers were also in demand, with PC & CG Faithfull selling the first pen of 22 for $2030.

He said buyers continued to support the sale because of the quality cattle.

"Your Hereford cattle, go and find some better ones - I dare you."