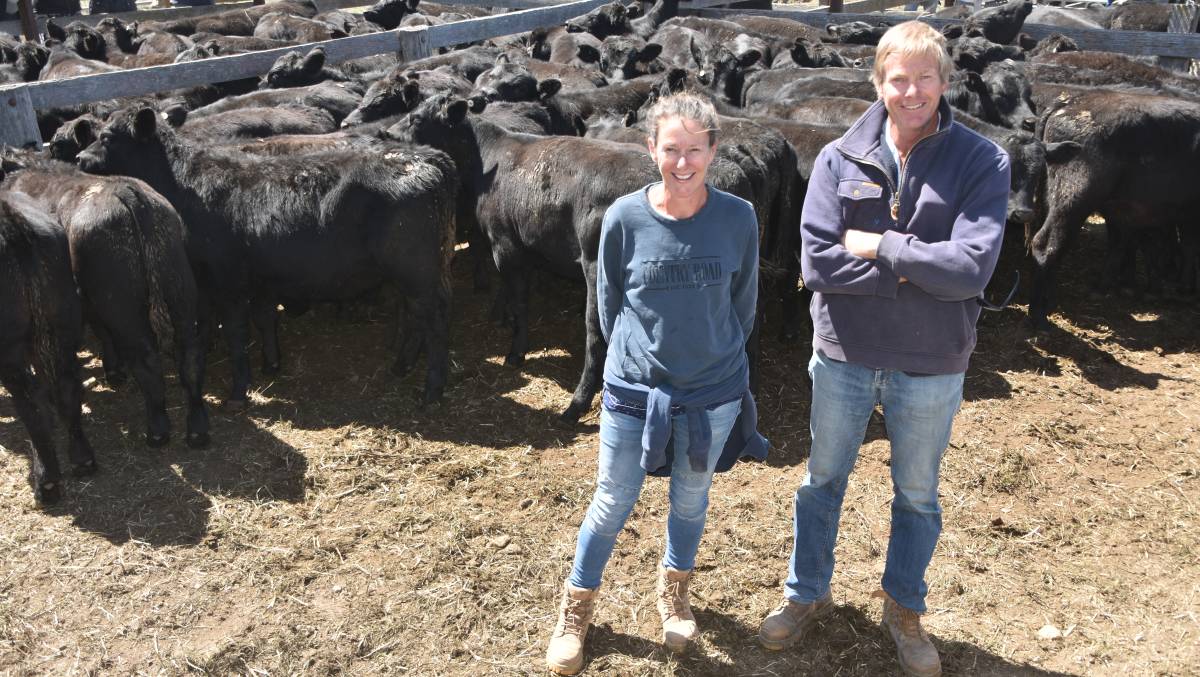 "What probably has really blown us away, if you look back through that middle run of steer calves, it just didn't miss a beat," he said.

"We were selling fairly light calves still at $1650.

"We've seen sales leading up this year on or around that, but that certainly exceeded our expectations, and same on the heifers.

Mr Tinkler said buyers from New South Wales had been strong, particularly Tamworth and Gunnedah areas, and there was also feedlot competition to secure a winter kill supply.

"The positive thing we are seeing a lot of, that we haven't probably enough for a long time, is people buying females to join and retain," he said.

"That's a result of weaners making the money - the breeding's going to be the game for the next little while."

Weights for the mid range cattle were consistent but the top weights were slightly down on other years, he said.

"It was fairly cold here this morning, you're starting to see the season turn a little bit and the cattle just start to put a little bit more into conserving energy, and that can impact the weights," he said.

"I thought we saw some excellent frame and bone in the cattle and that's why we see such great feedlot demand, because they convert so well.

"Although there maybe wasn't a lot of cattle up over 400kg, we certainly saw the frame and maturity in the cattle to go onto feed and really perform quite quickly."

European Union accredited cattle were in demand, he said, although buyers would still pay similar prices for non EU cattle that were good quality.

"It has paid this year to be EU accredited," he said.

"We had a large run of calves that were EU accredited and they were bought and kept in the system."