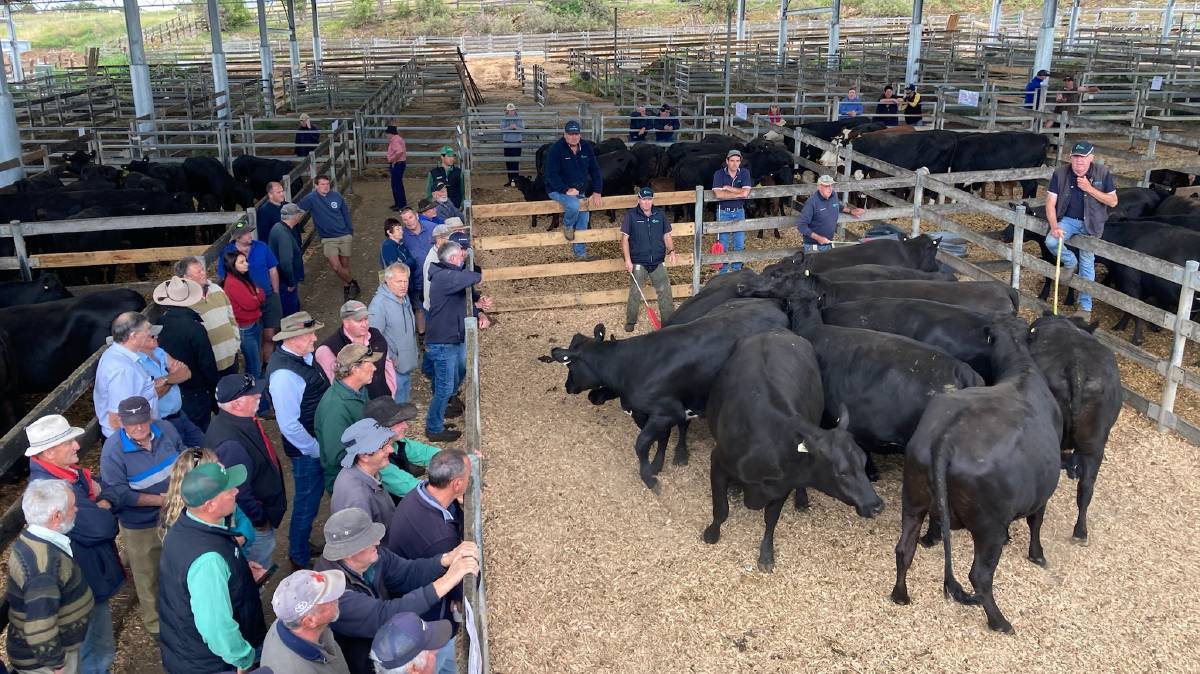 A total of 2020 head were yarded, with steers reaching 552 cents per kilogram and open auction steers topping at 638c/kg.

The quality of the yarding was very good and the prices exceeded expectations, he said.

"It worked out to be a very good sale," he said.

"If you've been fortunate to sell cattle in the last three or four weeks, the fat job is extremely good and now it's turned to trying to replace.

"Even in little small cattle they just kept jumping up in price because a lot of farmers think, 'well I've got feed, I've got to buy something.'

"The lighter steers sold extremely well and a very good run of heifers, and then into the lighter heifers it just continued right into the sale and into the crossbred steers.

"Right from the first pen to the last pen, there were plenty of people standing around trying to buy them.

"I thought the end of January was a very good sale but this was better again."

Feedlot buyers were after the heavier cattle and there was good support from around Victoria as well as South Australia, Mr Kelly said.

"Obviously people have sold fat cattle and they want to replace, so they're going to whatever sale they can," he said.

Mr Kelly said agents were expecting about 1500 to be yarded but ended up with more than 2000.

Vendors were keen to capitalise on the good prices, he said.

"They've probably weaned these cattle a little bit earlier, like say around Christmas time or early New Year and thought, 'gee they've done well since they've been weaned, it's no good sitting on them,'" he said.

"It's a good opportunity to sell."