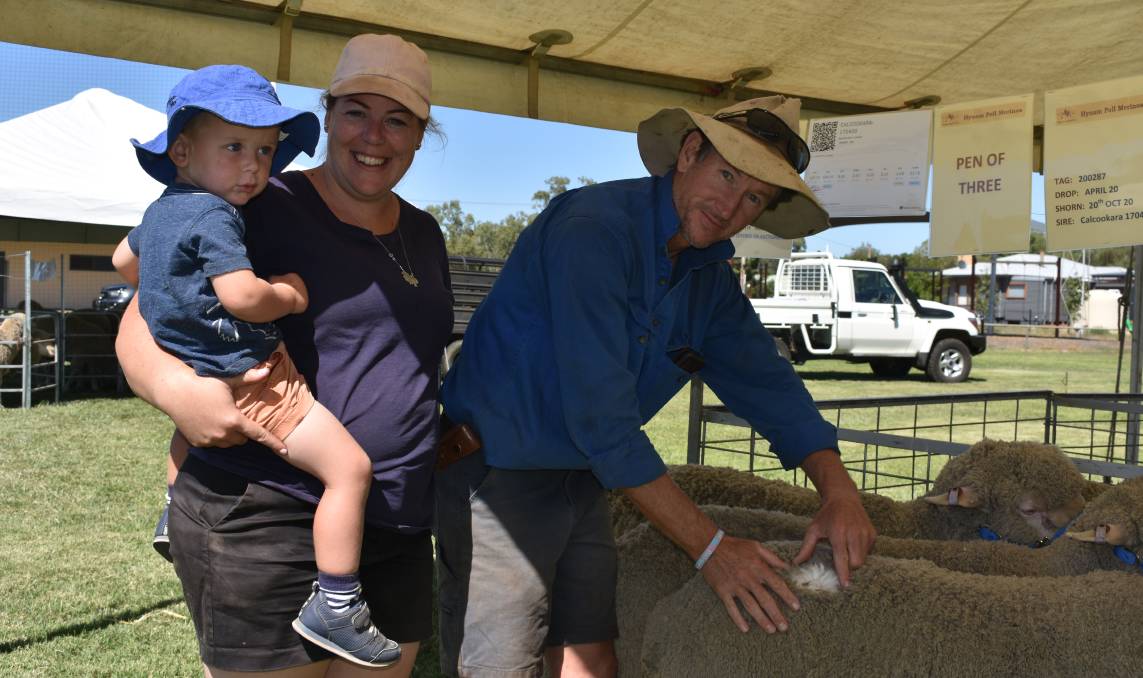 +29
Did we snap you at the Loddon Valley Stud Merinos field day?

The annual Loddon Valley Merino Field Day attracted a healthy crowd of vistors who were freed from coronavirus lockdown concerns.

Loddon Valley Merino Field Day president Alan Harris, Koole Vale Merino and Poll Merino stud, Costerfield, said everyone was glad to be out and about.

"It's a no obligation day," Mr Harris said.

"People can have a look around and enjoy the Merinos, there is no pressure."

He said the format, of bringing together a number of studs at Serpentine, along with on-farm displays, had worked well over many years.

"All the ram lambs in the competition were exceptionally grown out, due to the great season we have had with less dust," he said.

"It was nice to not be feeding.

"If anyone is thinking of changing, or going into Merinos, it's a shop window really.

"Hopefully it plants a seed for later on when they see a type they like or the direction the stud is going in."

The winner of the best pen of three ram lambs was Kedleston Park, with Kamarooka Park coming in second and Terrick West third.

Erroll Hay, Kamarooka Park, Kamarooka, said the day had been very successful, with more than 40 visitors.

"There was a lot of inquiry and people were very happy to see the progeny I am breeding," Mr Hay said.

Norm Weir, Kerrilyn, Dunluce, agreed people were glad to get out and about again.

While sales were "a long way off", Mr Weir said the field day allowed studs to showcase their genetics.