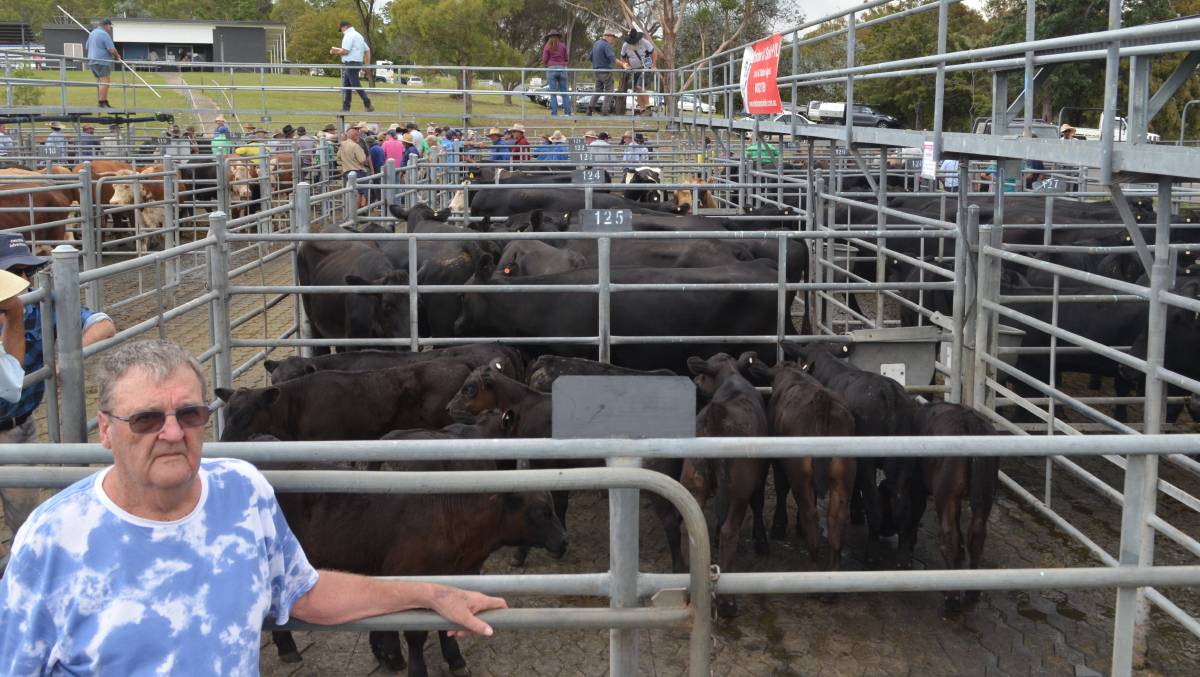 Michael Bunn, Braidwood, with the pen of 10 Angus cows with calves he bought for $4050 a unit at Bega store cattle sale on Thursday.

During a week when a record price of $160,000 was paid for a Hereford bull at the Injemira sale at Book Book, a record for cows with calves was set today at the Bega store cattle sale.

More than 1000 head were yarded, with the quality described as "very good for the top pens but falling away at the lower weights".

A feature of the sale was the dispersal of Angus herd on account Cranbrook Pastoral, Cobargo, due to the property being sold.

The top price for those cows with calves was $4050, paid by Braidwood beef producer Michael Bunn.

The cows were with their second or third calves and had not been re-joined.

Another excellent sale from the Cranbrook draft was $4040, paid for 19 PTIC Angus cows to calve July/August. 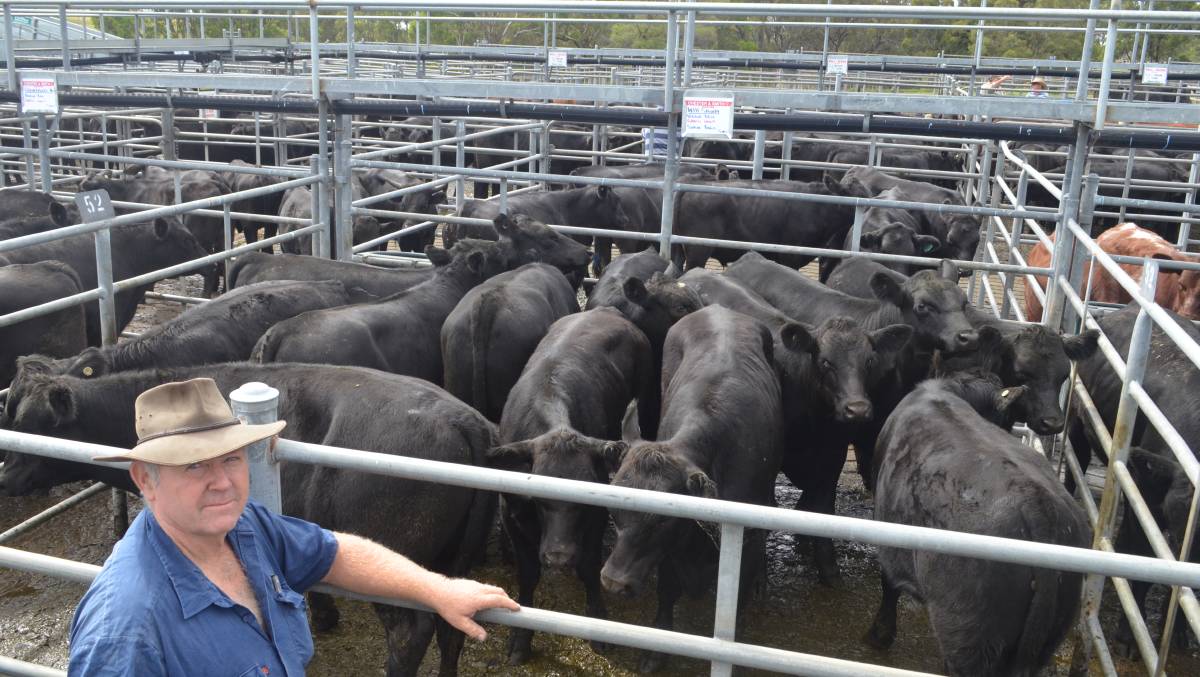 Processors where also active during the sale conducted by Bega agents Pell Rixon and Chester and Smith Pty Ltd.

.Have you signed up to The Land's free daily newsletter? Register below to make sure you are up to date with everything that's important to NSW agriculture.

The story Record price of $4050 for cows with calves at Bega | Photos first appeared on The Land.