Ten auctioneers from across Victoria competed for the prestigious title.

The 23-year-old Nutrien South Gippsland Livestock agent went head-to-head with 10 other young auctioneers from across the state at Shepparton on Tuesday.

"I only started selling fat cattle back in early-November," Mr Ginnane said.

"I was thrown onto the rail by (Nutrien Leongatha livestock manager) Brian McCormack who grabbed the book out of my hand, put the stick in it and said 'you are selling'." 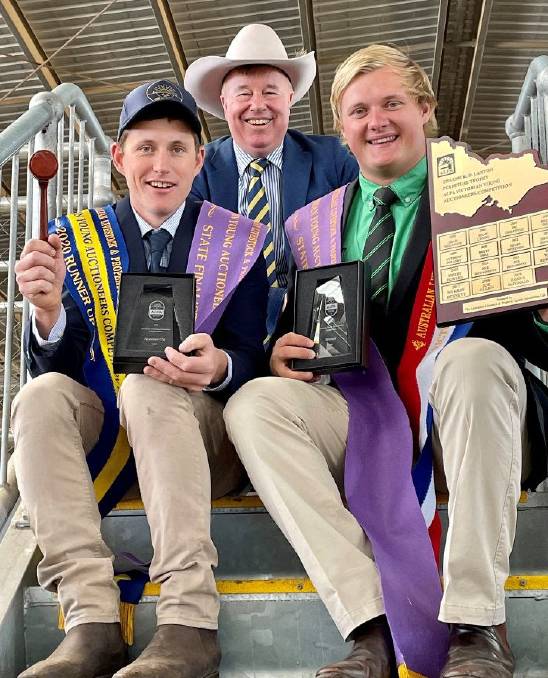 Ten young auctioneers from across Victoria vied for the title at Shepparton Regional Saleyards.

WATCH: The replay of the ALPA Young Auctioneer Competition here.

Auctioneers were judged on their voice, diction, price and manner and had the opportunity to sell three pens of cattle.

ALPA chief executive Peter Baldwin said the organisation was determined to ensure the Victorian competition went ahead albeit later than originally scheduled due to COVID-19 restrictions.

"Our very proud industry can take great heart from the outstanding, enthusiastic, and genuine performance from these 10 young auctioneers," Mr Baldwin said.

"Each auctioneer showed a steely determination to achieve the highest and best price for their vendor using every skill in their repertoire to gain the edge on their fellow competitors."

The winner and runner up will onto the Sydney Royal Easter Show to compete for the national title. Ginnane had a passion for ag from a young age

However, his enthusiasm for agriculture started at a much young age when he would shadow his father, Terry Ginnane, between babysitters, after school and on school holidays.

"That's what sparked my interest and when I finished school I really dived into it," Mr Ginnane said.

His experience with selling cattle prior to being handed the microphone at Koonwarra four months ago was limited, but in that time he said his confidence and eloquence behind the mic has developed.

"Auctioneers can fall into a habit of repeating themselves and sometimes people fall into the trap of speaking too fast," Mr Ginnane said.

"I put that down to nerves really and I find if you take a deep breath and stay calm, that is a big help."

He said his mentors including Nutrien SGL directors Stuart Jenkins and Eddy Hams along with Mr McCormack and his father had all shared their tricks of the trade since he had started selling cattle.

"One of the hardest things with selling cattle is maintaining your concentration and not losing where you are when you're dealing with a dispute," Mr Ginnane said.

"I have practiced in the car but it's not something I've done a lot of - you feel a bit ridiculous driving along yelling at yourself."

Runner up thrown in the deep end

Incredibly, for Western District runner up Will Schilling, it was only his second time selling cattle.

"The first time I sold cattle was in this competition the year prior," Mr Schilling said. 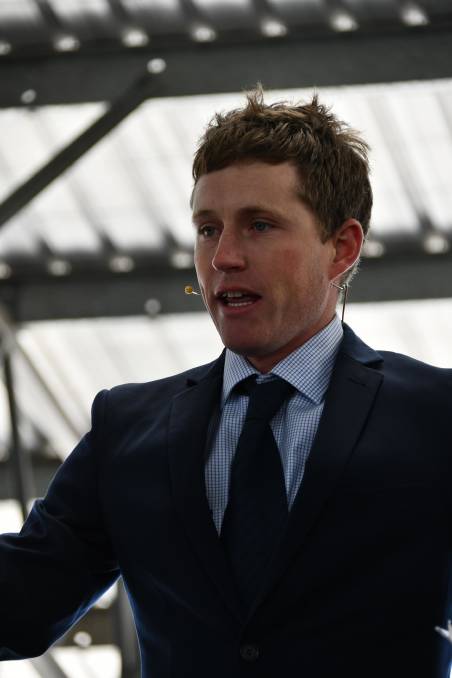 SALE-O: DMD Horsham auctioneer Will Schilling was named runner up.

The 25-year-old joined DMD Horsham in February 2018 a few years after leaving school to become a shearer.

"I was living on the land but I thought I would start thinking with my brain and not be back," he said.

Within two months of joining the agency, he was "thrown" up onto the rail to mutton at Horsham.

"It's very different selling sheep because with cattle I find it's more drawn out," Mr Schilling said.

"When we sell sheep in Horsham you often call out a price and either knock them down quickly or a buyer will shout out another price."

Mr Schilling said having a loud, deep, clear voice helped command the direction of a sale.

"When you go to a sale and have an agent that really knows how to project their voice well, it can suck you in as soon as you hear them," Mr Schilling said.

"When you first start selling though it is daunting because you're dealing with blokes who want them as cheap as they can get them but you just have to give it a crack."

"Stephen's not only a work mentor but also a life mentor and he's had a huge influence not only on my career but also who I am as a person," Mr Schilling said.

One of the judges, Neil Darby, of Alex Scott & Staff Warragul, said he was impressed by the young auctioneers' confidence. 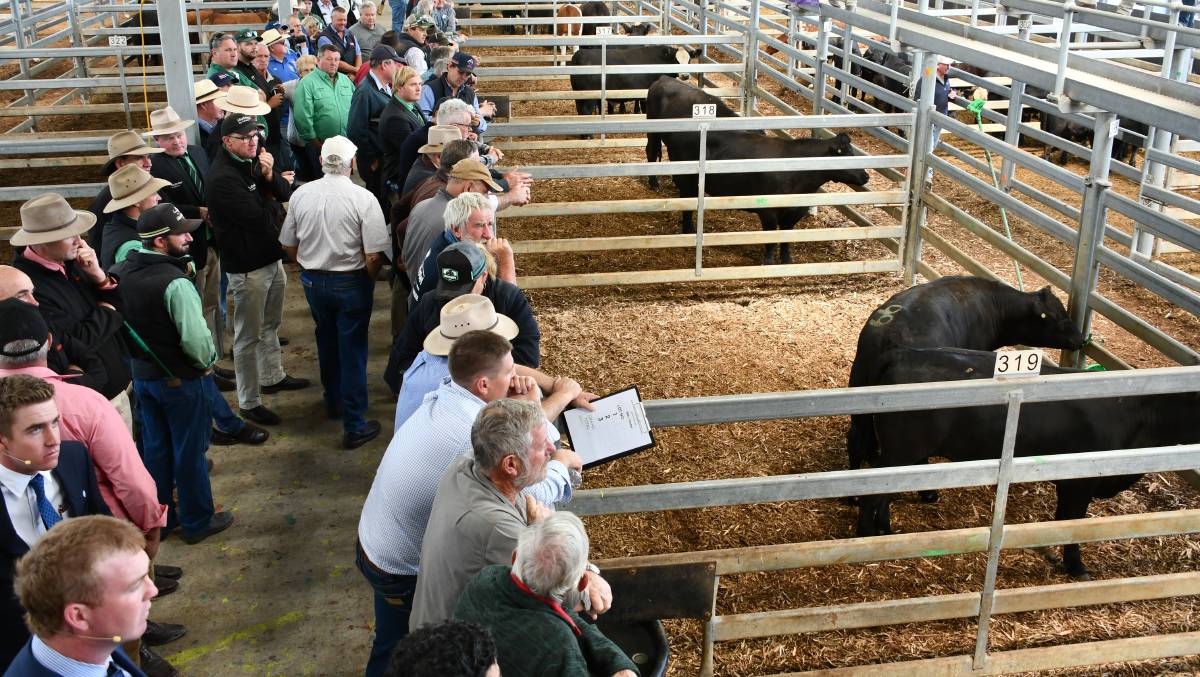 GALLERY: Buyers and onlookers wait for the sale to start.

"The winner and runner up were very good and I think all the other young fellas will develop into good auctioneers in time," Mr Darby said.

"These people have had a chance to come into the industry and learn the game when it's at an all time high, but inevitably we will see tough times one day and I'm sure they will be well prepared to handle that."