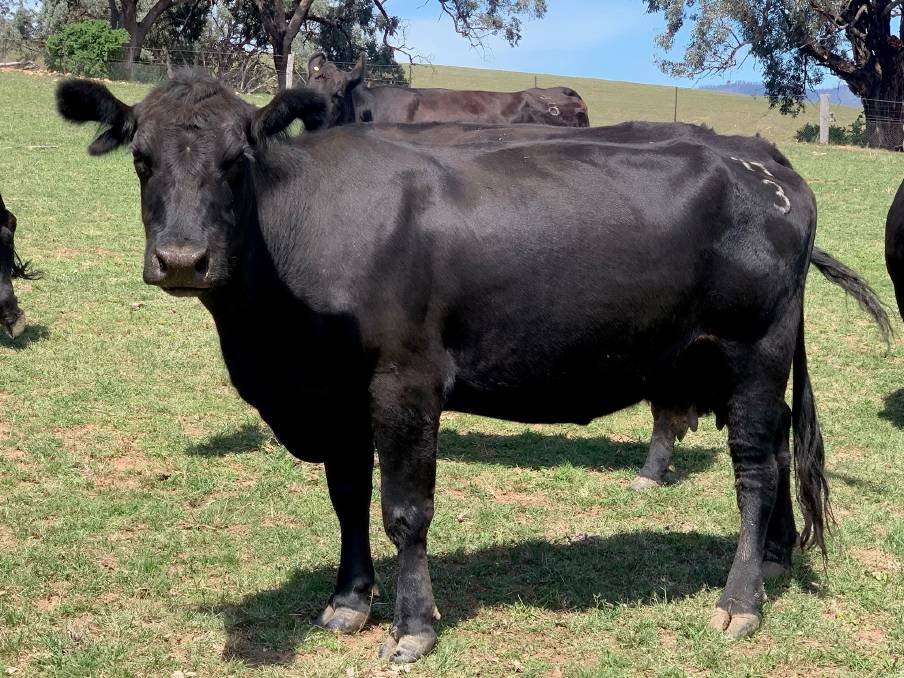 STOLEN: The cows had a distrinctive 77 freeze brand on their rump and an earmark with a split on the offside.

The cows were stolen overnight on Friday.

Cunning thieves are believed to have stolen more than a dozen cows on agistment from a property in the Latrobe Valley on Friday night.

The 17 cows were on agistment at Driffield, five kilometres south of Morwell, when they were believed to have been stolen by people driving a small tray truck sometime between 6.30pm Friday and 7am Saturday.

The Angus and Black Baldy cows feature a distinctive "77" freeze brand on their rump and have an earmark with a split on the offside.

Elders Omeo livestock agent David Hill said the cows, which belong to Chris Commins of Ensay, were on agistment after last summer's fires.

"They were yarded on Friday evening with 133 cows and 130 calves counted and set to be trucked to East Gippsland the following morning," Mr Hill said.

"When the truck driver and owner arrived on Saturday morning a count revealed 17 cows had been stolen overnight.

"There were tracks in front of the loading ramp and the ramp had clearly been used."

Mr Hill said a helicopter organised by the owner and agents spent two hours on Sunday trying to locate the stolen breeders.

Police confirmed they were investigating the theft of livestock valued at close to $50,000.

"We put a helicopter up for two hours on Sunday to see if we could find them because they had three or four-month-old calves on them," Mr Hill said.

"It's clear the cattle would be significantly bellowing and normally cows that have had calves will sit on a fence or near an exit point to get back to their calves so we're asking people to keep an eye out."

He said authorities and abattoirs had been notified of the theft.

Latrobe Crime Investigation Unit Detective Senior Constable Jordan Myors said people with dashcam footage of medium rigid trucks on the Strzelecki Highway between Morwell and Mirboo North around the time of the incident should come forward.

"We believe the offenders might have used a smaller truck with a stock crate as a semi wouldn't have been able to access the property easily," he said.