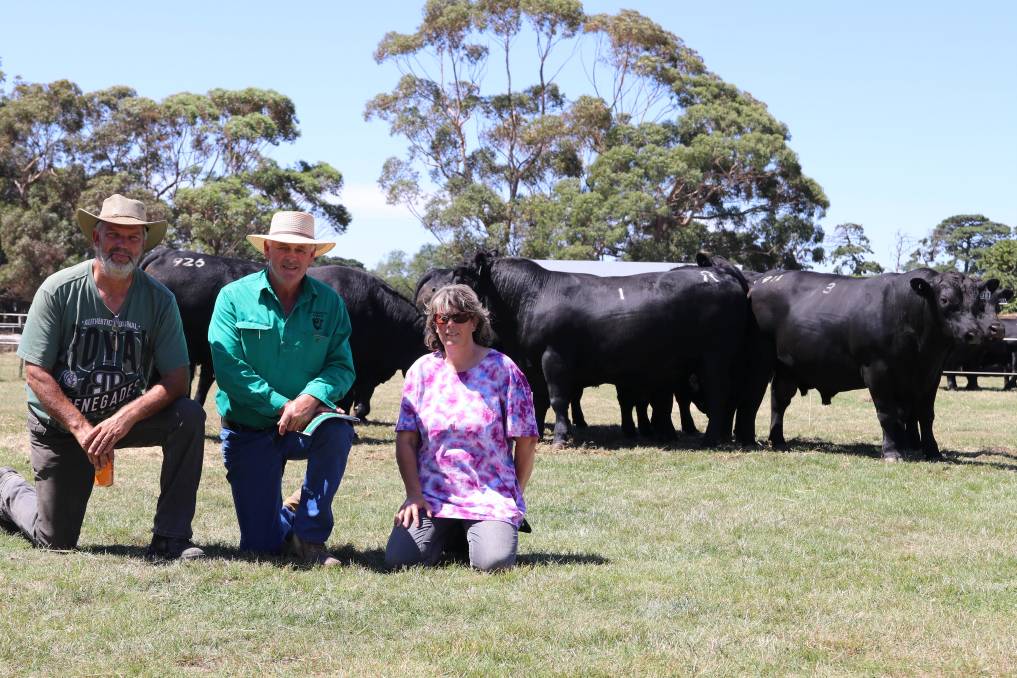 Claremont Angus sees even prices, throughout its total clearance.

"They purchase our bulls because they are quiet, easy to handle and produce an even line of calves," the Glasgows said.

A March, 2019-drop bull, Blacks was out of what the stud principals described as a 10-year-old, super fertile cow, Claremont Blacks Zena F026.

He was sired by Queensland bull Texas Western Express, H220.

The bull was in the top 2 per cent for scrotal circumference, measuring 46 centimetres, top 15pc for 600-day weight and top 20pc for 400-day weight.

"We were very, very impressed by the genetics of Texas West Express," Mr Glasgow said.

"We have used a lot more of him, so in this coming season there will be a lot more bulls by him."

"They came along to our open day and were so impressed they came back and bought five bulls, I think that is the most a single buyer has ever purchased," he said.

The Glasgows said prices were very even throughout, which reflected the evenness of the type of bulls on offer.

"The season is one out of the box, one that usually only happens every 30 or 40 years," the Glasgows said.

With an average of about $900 more than last year, Mr Glasgow said it was a great season to be in cattle.

"Not only bulls, but cattle in general," he said.

Alister Nash, Stewart Nash McVilly, said bulls went locally, with one buyer from a property near the SA border.