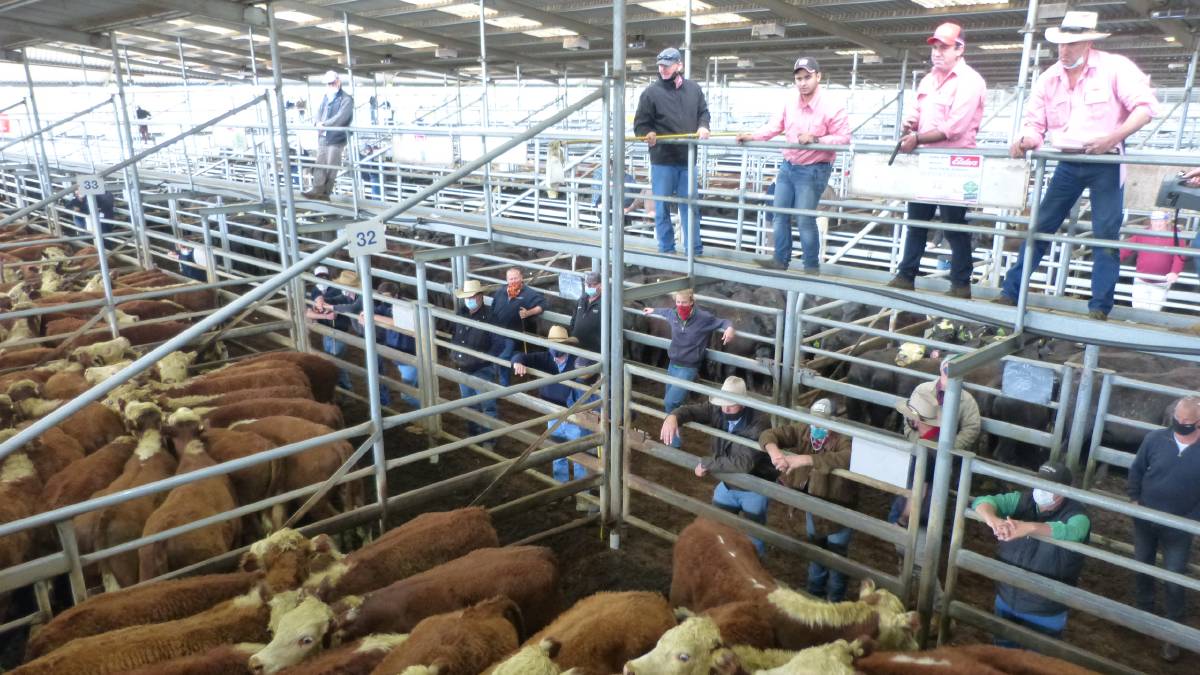 A smaller and mixed yarding offered something for everyone during Bairnsdale's fortnightly store sale on Friday.

Agents yarded about 600 cattle for the market which featured plenty of grown steers and heifers.

"You could almost count on one hand how many pens were below 350 kilos," Mr McCole said.

"Prices were very similar, if not up slightly thanks to support from locals and buyers from South Gippsland along with a small amount of feedlot support," Mr Jones said.

"People are a bit dubious with the way the fat market is going at the moment so I think people are counting their dollars," Mr Fullgrabe said.

"I thought it was good and it was a smaller yarding but some very good runs of cattle were keenly sought after," Mr Obst said.