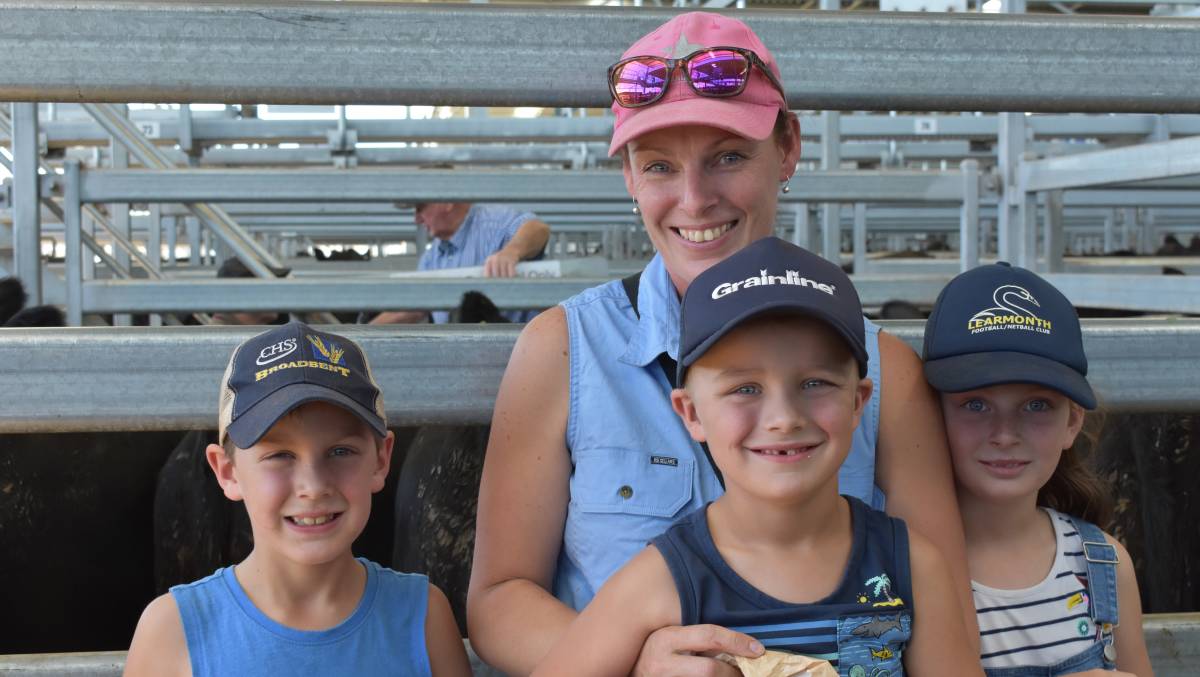 Agents yarded 5049 head of cattle, with lighter steers reaching 600 cents a kilogram and over.

All the major feedlots were in attendance, with strong competition from commission buyers as well as Gippsland agents.

"The market was driven by the professional feedlotters, [with] the processors buying cattle for winter, " Mr Nicholson said.

"Apart from the Gippslanders, who bought quite a lot of cattle early in the sale, there wasn't a lot of grazier activity.

"They were sitting on their hands a bit.

"It was a magnificent run of grown steers and we had an exceptional run of heavy weaners in that 380-430kg bracket."

He said buyers were buying to a price rather than on weight.

"The older cattle, 400-500kg, sold between 460-500c/kg, which is nearly on par with anywhere in the country, and further down the weights, the better they sold," Mr Madden said.

"We've been blessed with a phenomenal season, and all the cattle have really flourished.

"A lot of the weaner calves were well in excess of 300kg."

He said a Swan Hill feedlot was buying for the first time in 12 to 18 months.

"A lot of those cattle went north; there were a lot of locals trying, but they were a bit scared off by the higher prices," Mr Middleton said.

"The Gippslanders were quite active on the bottom end of the grown steers, in that 350-430kg range."