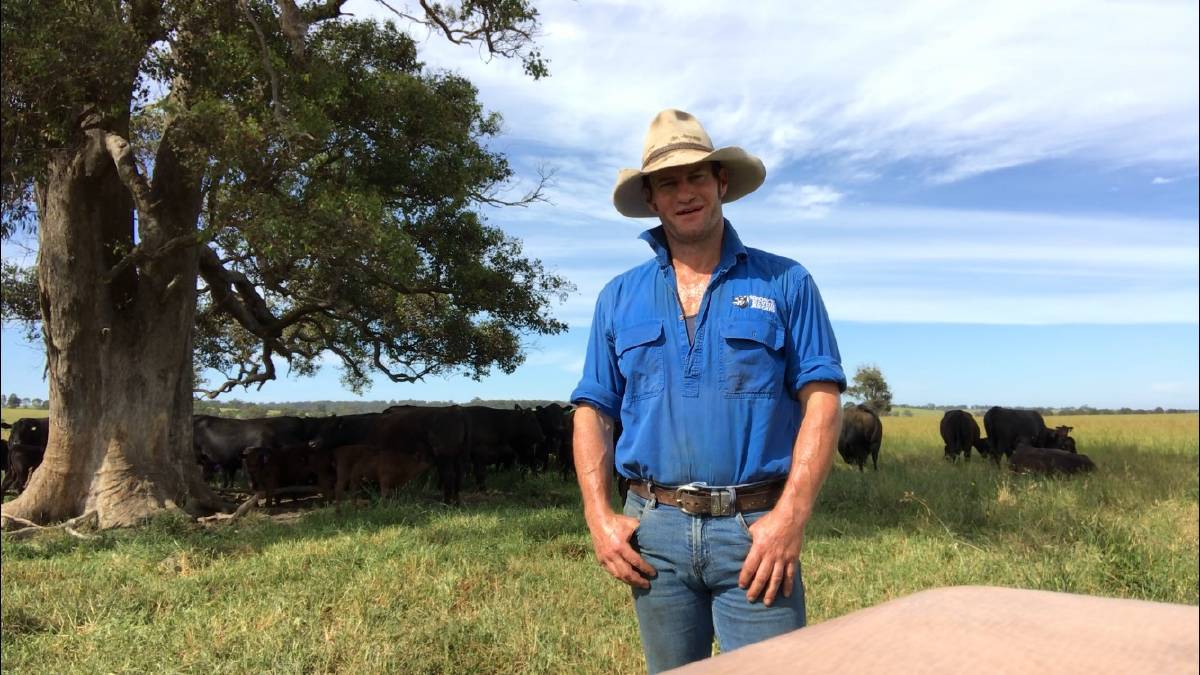 Tamcal Livestock will sell 150 Angus calves at Omeo on Tuesday.

Trent Howell spent most of 2020 repairing broken and damaged fences at Whelan's Run, Buchan, after the 500-hectare property was burnt out by last summer's bushfires.

Mr Howell manages Snowy River Angus, a breeding operation spread across East Gippsland which comprises holdings at Swan Reach and Buchan, as well as smaller blocks at Bairnsdale and Bruthen.

The cost and people power spent repairing fencing meant pasture renovation and seeding was put on the back-burner.

Like many farmers affected by the fires, weed management is now among the biggest issues facing producers in the state's east.

"Our biggest focus in the last few months has been weeds - the blackberries, the wattle and the thistles - which have all grown rapidly since the fires," Mr Howell said.

"We've had a bloke up at Buchan full-time spraying and we've also used a chopper but we're struggling to keep on top of it."

The task of managing the weeds is a trade off for the good season the area has experienced since mid-2020.

Mr Howell said about 95 per cent of the farm now featured steel fencing following the 2012 fires which burnt through 75pc of the farm, requiring many of the original hardwood fences to be replaced.

"The only thing I had to do with the newer steel fencing from 2012 was to replace the bottom three wires and insulators," he said.

Owned by Charlie and Lynne Whelan, the operation trades as Tamcal Livestock.

The August and September-drop calves are in good condition and will be among the most even line of calves Snowy River has offered at Omeo, according to Mr Howell, who has managed the operation since 1999.

"Cattle are cracking at the moment and Buchan cattle always look good considering what they and their mothers went through, the poor buggers," he said.

"They always come out of Buchan nice and fresh as do most of the mountain cattle."

Unlike many breeders, Snowy River Angus does not wean their calves prior to sale.

"We used to wean all the calves but we don't wean them before the sale and we haven't done so for the last four years on the recommendation of our agent," he said.

"We used to wean them at six weeks before the sale and when they were coming off their mums at 120 days, they just didn't present as well.

"We bring them in and they get taken off their mothers the morning of the sale at Omeo and we've found the mothers deal with that fairly well and from a buyers' perspective, we've had no complains about the nature of our cattle so we are very keen to see how the sale goes this year."

Calves ideal for northern and local conditions will be offered at Omeo's first weaner sale on March 2 when about 3000 cattle will be yarded for the annual black market.

In one of the largest yardings during the Mountain Calf Sales series, 2000 steers and 1000 heifers will be penned, featuring a large portion of lighter-weight spring-drop calves, along with some 12-month-old cattle.

"We're confident a lot of these cattle will be scooped up by return buyers and when you throw in a northern order or two, who knows what will happen," Elders Bairnsdale livestock manager Morgan Davies said.

Gelantipy breeders Frank and Dawn Boulton, who lost significant infrastructure and more than 40 kilometres of fencing during last summer's fires, will headline the sale with about 400 weaners, including 200 steers.