A slight drop in overall quality did not reduce demand. 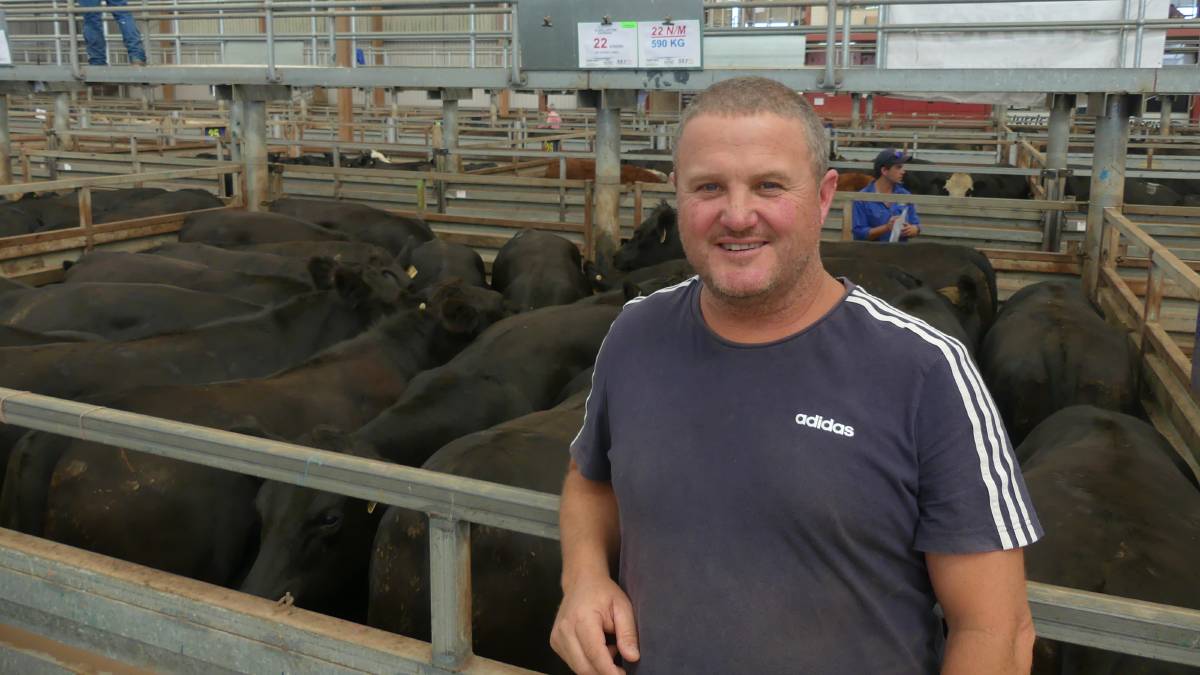 Agents reported a slight drop in quality at the Pakenham store sale today, but said overall prices remained as expected.

Around 1800 head were yarded with steers reaching 500 cents a kilogram.

Alex Scott and Staff livestock auctioneer Jason Fry said it was a mixed yarding but the prices were as expected.

"The quality of the cattle from a breed point of view was probably a little bit less but the condition of the cattle was excellent," he said.

Feedlotters were continuing to seek the heavier cattle but local graziers were also buying, he said.

"We've had a really good season so people are taking advantage of that."

Nutrien livestock agent Andy Grant said it was a great time to be selling.

"I think there was a bigger crowd here than a fortnight ago and generally the market may have been a little bit stronger, especially early," he said.

"It certainly didn't disappoint us.

"The surprising thing I saw today was a few spring drop calves starting to come in, which must only be six, seven months of age, but they're still making $1400 to $1500 dollars which looks terrific money."

"Heifers were certainly the flavour again this week with your bigger, heavier heifers making that 440c/kg to go back in as restock, and then your weaner heifer calves that 470c/kg," he said.

HC Glover and Son, Lang Lang, sold two cows and calves redepastured to an Angus bull for $2760, and another three, also redepastured, for $2440.