In three hours, $6.6 million worth of cattle were sold. 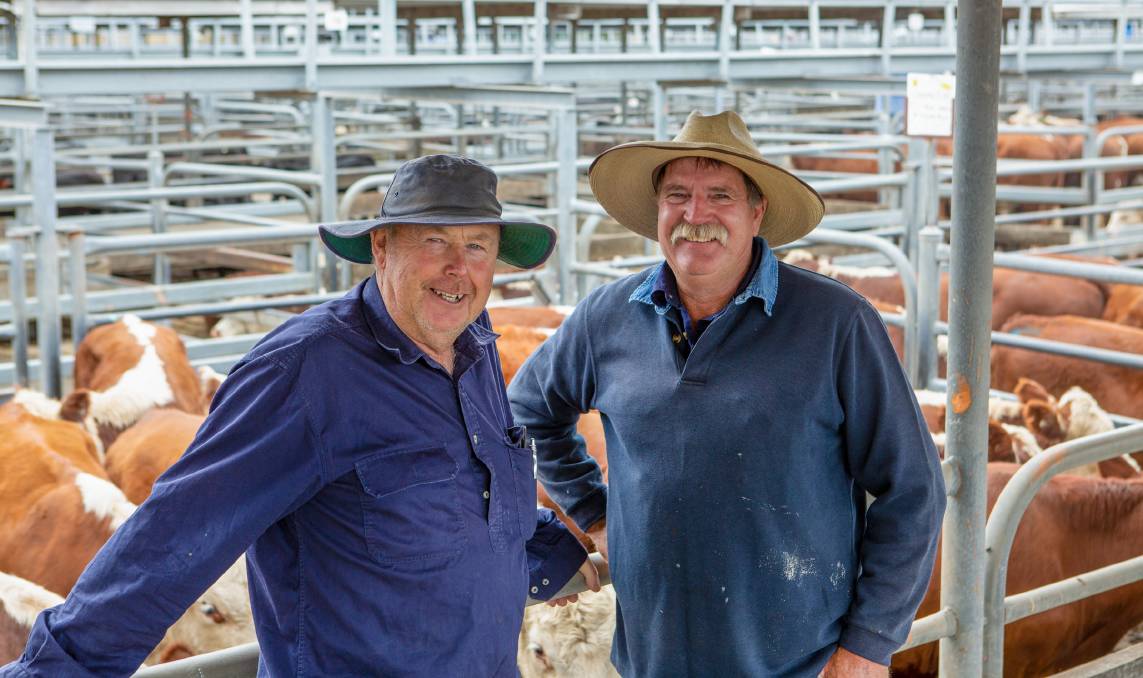 In roughly three hours on Friday, $6.6 million worth of cattle were sold at the monthly store cattle sale at Glenburnie Saleyards, in what is thought to be the highest grossing sale ever held at the Mount Gambier, SA, yards.

Any belief that the market had found its new level after the highs of the December and January sales was shattered, with prices soaring $150 to $200 a head and many buyers going home empty-handed without even having a bid.

Competition across the yarding was strong, with buyers from Bairnsdale, Warrnambool, Mildura and Leongatha in Vic, as well as Albury and Cootamundra in NSW, competing with local graziers and feedlotters.

"Today we saw as good a run of cattle as I've ever seen at Mount Gambier, particularly the weight and quality of the black steers," Elders Mount Gambier's David Creek said.

"It's the strongest store sale in SA by a long shot.

"Buyers are coming from all points of the compass to buy our cattle and every month, we're seeing the market rise to new levels.

"The superb quality of cattle yarded today from all areas of the South East of SA and Western Districts of Vic is a reflection of the ideal season we've just experienced."

The top price a kilogram of $7.96 - equating to $1202 - was paid for a draft of 23 Pasturefed Cattle Assurance System-eligible, four-month-old to 6mo Hereford steers, 151kg, from Talisker, Casterton, Vic.

All classes of cattle sold at prices considerably stronger than in January, with returns for the lighter classes rising more than $2/kg.

All classes of heifers also sold stronger, with the lighter classes selling from 40 cents/kg to 70c/kg dearer.

NT&FD Emerson, Drik Drik, Vic, sold 64 Kanimbla, Ravensdale and Doodle Cooma-bld Hereford and Angus-cross heifers with weights from 268-366kg for an average of $1515.

Sponsored by
VFF backs launch of a new WorkSafe agricultural campaign.
Test
How a couple are helping young people become farmers.
Test
'It's never you, until it is,' the message behind WorkSafe's campaign.
Test
It comes after amendments were made to the government's media bargaining code legislation.
Test
Farming groups have partnered with Airbnb to promote tourism to regional areas.
Test
The Ensay calf sale will return this week a year after bushfires forced the sale to be cancelled.
Test
Limited penning at Wycheproof reflective of low sheep numbers in the Mallee and Wimmera.
Test
Fine weather sees a good turnout at the annual Loddon Valley Stud Merinos field day.
Test