HEIFERS with calves at-foot made up to $3800 at Monday's annual Mount Gambier combined agents female sale - $1400 up on the top mark at the 2020 female sale. 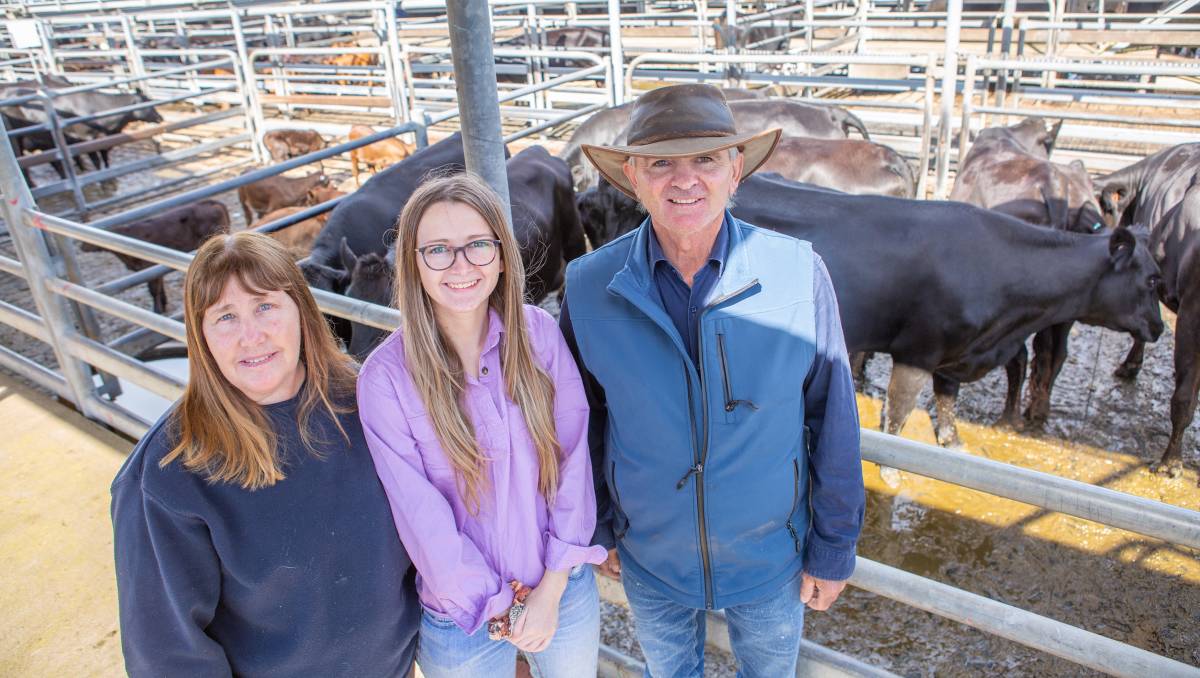 HEIFERS with calves at-foot made up to $3800 at Monday's annual Mount Gambier combined agents female sale - $1400 up on the top mark at the 2020 female sale.

The top price for pregnancy-tested in-calf females was also significantly higher at $2900, compared with $2380 in last year.

"To spend $2500 and up to $3800 isn't much money at all for black heifers with black calves, considering you'll have them for the next 10 years or so. It was all pretty cheap considering your trade in on Friday."

The top money of the sale was paid by Miller Whan & John Mount Gambier for a draft of 10 Angus heifers with 10 Angus CAF from The Dale.

TW&CJ Schulz, Wandilo, sold eight Angus-Friesian heifers with eight Limousin CAF at $2950 to Creek Livestock, with a second draft of eight selling to O'Connor & Graney at $2800.

JDR Grazing had a draft of nine Angus-Friesian heifers with 15 Caladenia-bld Limousin-cross CAF make $3100 to Miller Whan & John, with a second draft selling to Elders Keith at $3150.

JL Telford sold six Angus-Hereford heifers with six Angus-Limousin CAF to I Johnston at $3000, while a second draft made $3050.

Three Hereford-Charolais heifers with three Angus-cross CAF from Rowley made $2950 to John Rogers.

PTIC females topped at $2900 for eight Angus third-calvers, PTIC to Angus bulls and due to calve mid-March, from C Davies, which were bought by O'Connor & Graney. They also bought the second draft at $2700.