In roughly three hours on Friday, $6.6 million worth of cattle were sold at the monthly store cattle sale at Mount Gambier. 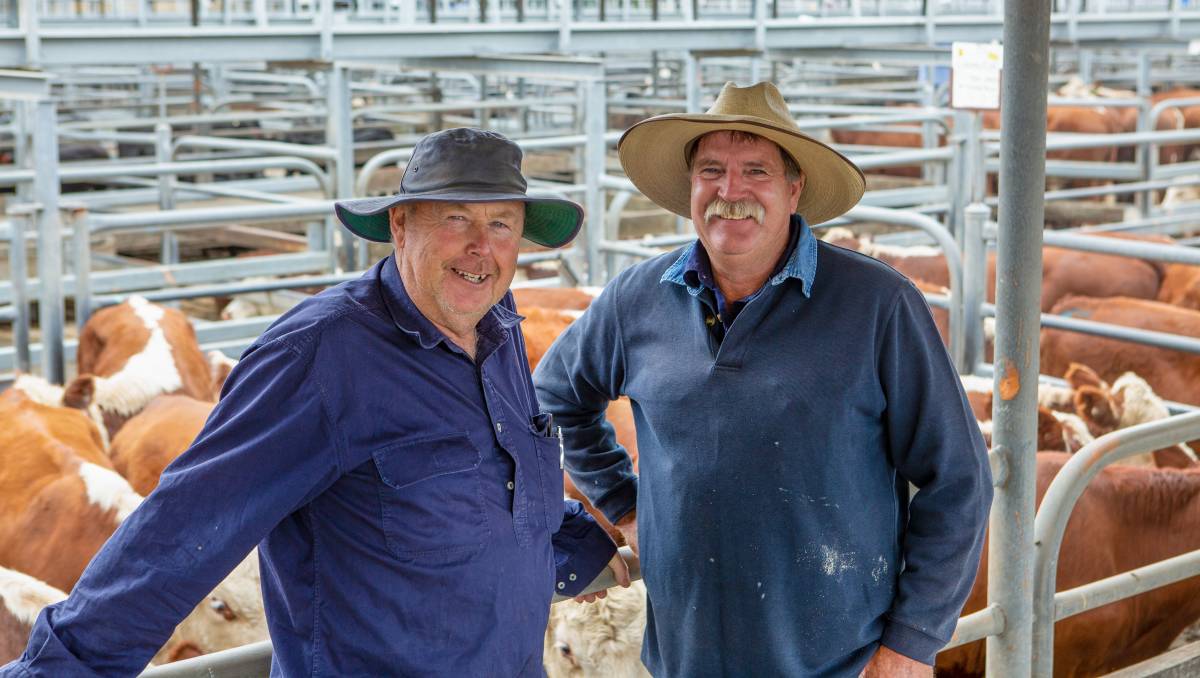 In roughly three hours on Friday, $6.6 million worth of cattle were sold at the monthly store cattle sale at Glenburnie Saleyards, in what is thought to be the highest grossing sale ever held at the Mount Gambier yards.

Any belief that the market had found its new level after the highs of the December and January sales was shattered, with prices soaring $150 to $200 a head and many buyers going home without even having a bid.

Extreme demand driven by good rain and abundant feed in northern Vic and central NSW forced prices to skyrocket. Buyers from Bairnsdale, Warrnambool, Mildura and Leongatha in Vic, as well as Albury and Cootamundra in NSW, competed with local graziers and feedlotters.

"Today we saw as good a run of cattle as I've ever seen at Mount Gambier, particularly the weight and quality of the black steers," Elders Mount Gambier's David Creek said.

"It's the strongest store sale in SA by a long shot. Buyers are coming from all points of the compass to buy our cattle and every month, we're seeing the market rise to new levels."

All classes of cattle sold at prices considerably stronger than in January, with prices for the lighter classes rising more than $2/kg.

All classes of heifers also sold stronger, with the lighter classes selling from 40 cents/kg to 70c/kg dearer.