Cattle producers enjoy a high level of trust by the Australian community but that does not equate to support for a relaxed regulatory environment.

This is the key finding from first-of-its-kind independent research into public perceptions of the cattle industry's environmental performance, from a team headed up by The University of Queensland.

The work points to the need for a rethink of how the industry sometimes frames the relationship between environmental regulation and community trust.

A well-designed regulatory framework that is developed with the engagement of key stakeholders enables the demonstration of sound environmental performance and should not be framed as a burden, or the result of society being 'on our back', says lead researcher Dr Bradd Witt. 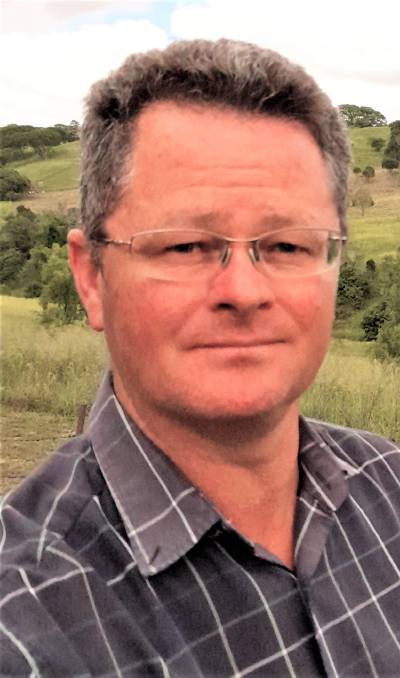 VIEWPOINT: Dr Bradd Witt, School of Earth and Environmental Science lecturer at The University of Queensland.

"Regulatory framework assures the public a minimum standard is being met," he said.

"The challenge then is for industry to go above and beyond, which Australia's cattle industry is striving for with its carbon neutral by 2030 target, the Australian beef sustainability framework and all those day-to-day activities happening at the business level, such as looking after soils and pastures and managing pests."

The findings of the research, which involved surveying close to 3000 people representative of the Australian population in terms of geography and demographics, have just been published.

The authors also concluded the desire for oversight of an industry's performance is strongly influenced by individual values.

That is, people who deeply believe the planet is in trouble are wanting more oversight of how beef is produced - that desire is not due to a lack of trust.

"Our findings indicate the need for a more in-depth understanding of trust and how people form their opinions on the environmental record of the cattle industry, as many of our participants indicated quite low levels of knowledge of the industry," said Dr Witt

The researchers were not surprised by the level of trust people had in the cattle industry.

"And the industry should feel good about that because public trust is much lower for many other professions and industries," Dr Witt said.

"However, our assumptions were disproved in that, at a population level, the relationship between trust and the willingness to forego oversight is weak.

"So there is a need to think differently about the role of regulation in things like perceptions of environmental performance."

"Although there has been a lot of talk about public perceptions of the cattle industry's sustainability performance, the reality is that it is largely unknown and often speculative.

Dr Witt said there was a lot of talk from agricultural circles about what the media says, what the public thinks and what is on social media but much of it was poorly informed.

"We are living in a world where people pursue their own news along their own avenues which can lead to an echo chamber effect," he said.

Consumer insight research involving red meat is not in short supply but little research has delved into what the general public's perceptions are, and what drives those attitudes.

Too often, when the cattle industry is in the wider public spotlight in relation to an environmental issue, it is a case of 'things going wrong' and the ensuing public outrage provides a skewed lens of community sentiment towards the industry, Dr Witt said.

"We wanted to provide representative and informative insights into public attitudes and their underlying drivers which can inform more effective policy and practice for shared sustainability outcomes - basically, to put some data into the discussion," Dr Witt said.

"I want to acknowledge the interdisciplinary team in this research and the financial support from The University if Queensland and CSIRO. I hope those with an interest in the cattle industry take a look at the research and have their own conversations about the opportunities and challenges it raises for the industry to engage with community expectations and concerns on the environment."