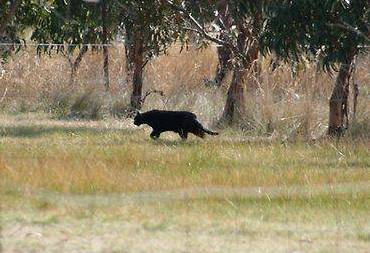 CREATURE: The Victorian Government declared the existence of big cats 'highly unlikely' a decade ago, yet people just keeping seeing them.

It is now a decade since an official hunt was launched for Australia's elusive big cats.

It is now a decade since an official hunt was launched for Australia's elusive big cats.

Victoria's Coalition Government was openly laughed at in many circles after it joined the search, and, like many before them and since, came up empty-handed.

Panthers on the prowl, pumas, even escaped lions - most often the sightings are accompanied with blurred video or photos which tease but are never conclusive.

Farmers reporting maimed stock, plaster casts of paw prints, eyewitness accounts - they are a constant in every state and territory of Australia.

"Of course they are still out there, so many people can't be wrong," long-term big cat stalker Michael Moss said.

Mr Moss, now a Perth resident, was one of those big cat experts interviewed by the Victorian Government during its own fruitless hunt a decade ago. 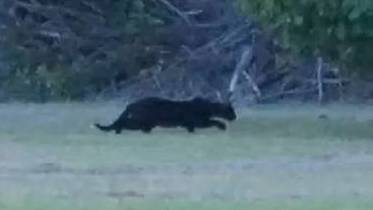 PHOTO: Could all the sightings be large feral cats?

Many consider the sightings are of large feral cats but why so many?

Victoria was not the only government which had joined the chase.

The NSW Department of Primary Industries had chased black cats in the Blue Mountains with three "unpublished" reports in 2003, 2008 and 2009.

Still, the biggest official safari was back in 2010 when taxpayer-paid scientists were directed to give it their best shot in Victoria.

A Coalition Government had tipped out the ALP's John Brumby by a cat's whisker to win back power for the Liberal's Ted Baillieu and National's Peter Ryan.

Mr Ryan had made a pre-election promise to get to the bottom of the big cat mystery.

He said there were "enough credible observations" to justify an official investigation.

After winning the election, that task fell to his then deputy (now leader) Peter Walsh, who became Victoria's new Agriculture minister.

After tackling the serious stuff, some time in 2011 or 2012, he directed his Department of Primary Industries and Department of Sustainability and Environment to take a serious look.

At the time, Mr Walsh said he did not want his public servants donning Pith helmets and beating the scrub, it became mostly a desktop exercise.

Those departmental scientists spent spend months reviewing sightings, examining those blurry pictures until their eyes watered and interviewed some of the state's big cat hunters. 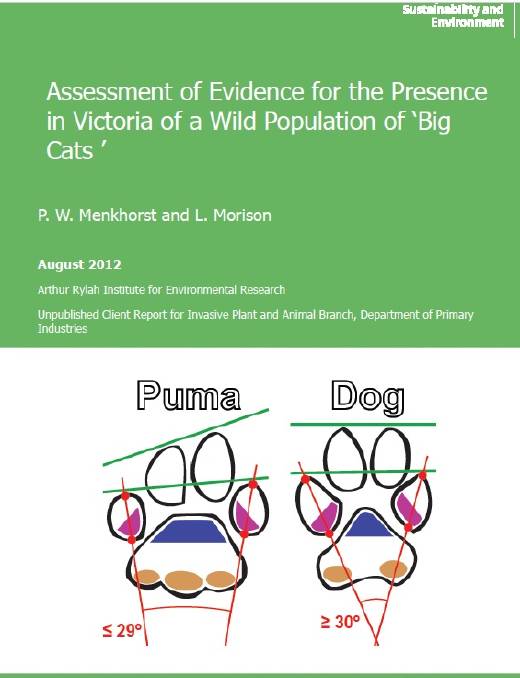 Witness sightings have been recorded, over at least 60 years, of cougars, panthers or pumas in a wide stretch of Victoria from Gippsland to the Otways, the Grampians, central Victoria and at Beechworth in the northeast.

The Gympie area just north of Brisbane is a known big cat hotspot, as is Mareeba.

The south-west of Western Australia has witnessed sightings of panthers, tigers and cougars.

From Mount Gambier or Tantanoola to the Coorong, South Australia is also a good place to find them.

In NSW the best places to see them are in the Hunter, around the Blue Mountains or New England.

Tasmania is predictably awash with unverified Tassie Tiger sightings but Burnie and Rosebery are favoured haunts of mystery cats.

In September 2012, the Victorian Government's 22-page big cat report was made public.

It found it was "highly unlikely" the animals existed, and they were probably large feral domestic cats.

"The lack of any formal evidence from considerable mammal survey effort, using a broad range of techniques over many decades, strongly suggests that there is no wild population of 'big cats'," the report said.

But it also concluded "some evidence cannot be dismissed entirely, including preliminary DNA evidence, footprints and some behaviours that seem to be outside the known behavioural repertoire of known predators in Victoria".

The report's authors recommended using DNA sampling in another search to solve the mystery "once and for all".

Mr Walsh didn't take the bait, declaring "as far as the government was concerned the matter is now closed".

"I think it will take DNA evidence or for someone to trap one before people will admit it's true.

"Unfortunately now there's too many people in government who would have to admit they were wrong for them to have another serious look."