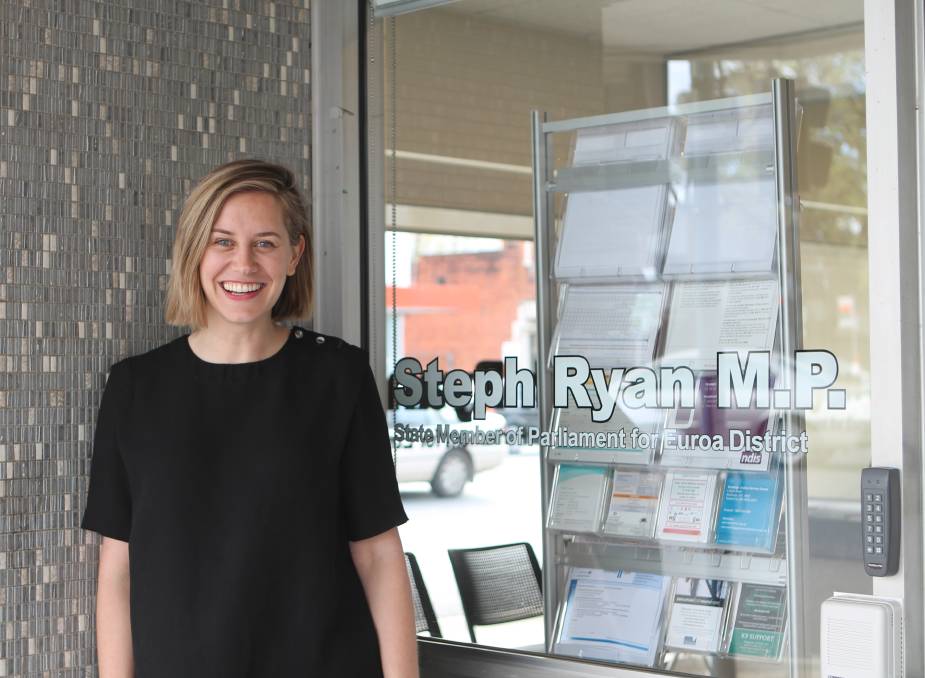 Renovation bill a slap in face for irrigators, says opposition.

Oppostion Water spokeswoman Steph Ryan said the expenditure was a slap in the face to irrigators struggling to pay skyrocketing water bills.

"Instead of sitting back and allowing GMW to splash $1 million on upgrading its office, (Water Minister) Lisa Neville should have given the authority instructions to lower customers' fees," Ms Ryan said.

In an email titled Heads Up - Acoustic office furniture, GMW executive leadership team was informed that 'contemporary office furniture' was going to be trialed at Tatura so staff could provide feedback.

A working group was established to 'explore options' for the modernisation and a communications action plan prepared to inform staff about the changes, including new acoustic furniture and carpet colours.

The renovations were undertaken despite feedback from staff that they were 'unnecessary and insensitive with current staff job cuts and for customers during these hard times'.

One email from GMW's general manager of strategy and services planning to the executive leadership team acknowledged staff concerns about spending money on the upgrade.

It stated 'still some work to do with acceptance of spending money on office changes at this particular point in time'.

Ms Ryan said it was disappointing the leadership team didn't listen to its staff, who were clearly more in tune with the sentiments of G-MW's customers.

"GMW's leadership team need to be worried about the sustainability of their customers, not the colour of their carpet," Ms Ryan said.

This had been achieved through a number of projects, including the consolidation of offices and the office refurbishment.

"The savings from transformation have been passed on as price reductions of around 10 per cent for most customers," Ms Quick said.

"The refurbishment works were funded through existing capital expenditure, and have allowed G-MW to consolidate its workforce and cut floor space by about 750 square metres, reducing overheads and cutting on-going maintenance.

"It was done in the interests of safety, to reduce long-term costs and overheads through the consolidation of our sites and to create a collaborative and fit-for-purpose space to suit our downsized structure."

Ms Quick said G-MW was serious about reducing costs where it could and passing savings onto customers.

"Our restructured business will continue to drive efficiencies within the organisation and wherever we can to pass savings onto our customers," she said.

Through G-MW's transformation in 2019, staff numbers have been reduced from 718 to about 480 employees.

The building, at 40 Casey Street, was constructed in 1994, had old, reused carpet and it had never been fully painted, internally.

Buildings at 33 and 39 Casey Street will now be sold, rented or repurposed.

During 2020, most staff worked remotely, due to coronavirus, allowing the refurbishment works to be undertaken.

Upgrades included paint and new carpet and a remodelling of the floor plan, including more meeting rooms, better storage and some acoustic furniture for improved working.