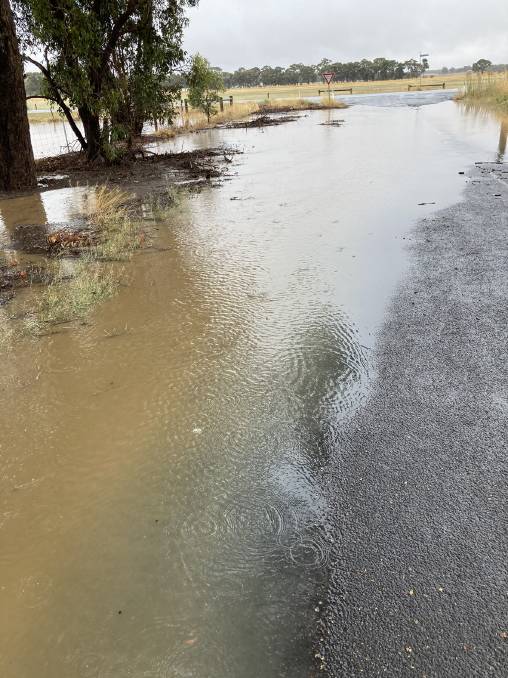 RUN-OFF: Falls of more than 80mm across parts of central Victoria on Friday saw drains struggle.

The Murray system seasonal determination has increased from 96 per cent high-reliability water shares (HRWS) to 97 per cent HRWS.

Today's announcement by the resource manager for northern Victoria for the 2020/21 saw seasonal determinations in the Goulburn, Campaspe and Loddon systems remaining at 100 per cent HRWS.

The Broken and Bullarook systems are unchanged at 100 per cent HRWS and 100 per cent of low reliability water shares (LRWS).

Resource Manager Mark Bailey said there was only a small improvement in the Murray system.

"The impact of the rain in late January is not yet evident, and any benefits will appear in the February 15 update of seasonal determinations."

Dr Bailey said the Bureau of Meteorology seasonal outlook slightly favoured above-average rainfall across the catchment areas for the three month period from February to April.