A three-way crossing breeding program is driving growth for Lauren and Jarrod Meade. 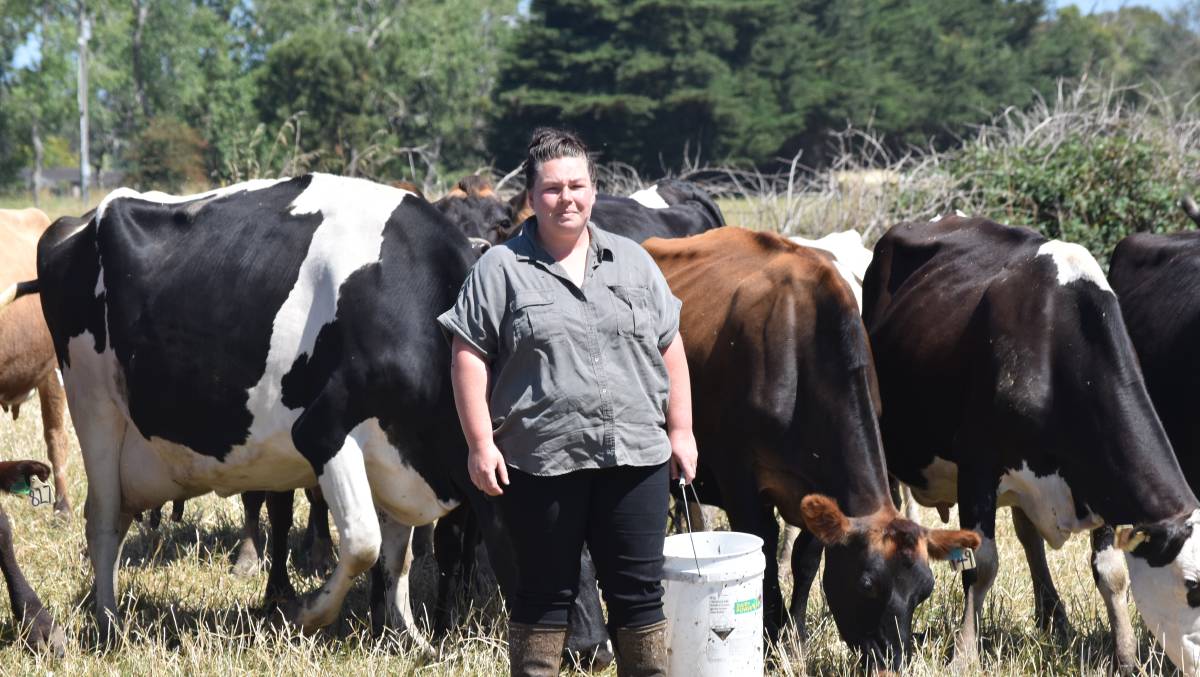 Cobden dairy farmers Lauren and Jarrod Meade are excited for the future of their herd with a three-way cross breeding program.

The couple have won an international competition while setting a pathway to growth with their new breeding program.

The Meades, who farm just outside Cobden in south-west Victoria, used cross-bred cows to build their original herd and were again expanding on the back of their best season on record.

They started on the farm nearly 16 years ago with just 80 cows but realised they needed to grow to thrive.

The Meades introduced the Viking Genetics' Golden Cross breeding program to enable them to cost effectively build a profitable herd.

The progression was gradual but in the past two years favourable conditions have prompted another surge in numbers to a new high of 270.

They are using Golden Cross to mix the best of three breeds and to improve health traits needed for their hilly and wet farm.

Cross-bred cows were a cost-effective way for the Meades to grow their herd and they see a Golden Cross breeding program as the best way to move ahead.

"We reared cross calves because they were cheaper to help build our herd," Mrs Meade said.

"The crossed cows are just as good but there's no export market for them. We wanted to build up the herd, not export, so they were ideal for us."

They dabbled in a three-way cross with Aussie Reds about 12 years ago and wanted to return to a more formal program.

"If we have a clear vision of what we want, it's easier and the end result will be better," Mrs Meade said.

"We researched different options and Golden Cross gives us a clear pathway."

The Meades will will keep a base of Holsteins, mainly for the export market, but they see the Golden Cross as the way forward and expect those cattle to constitute the bulk of the milking herd.

The first Golden Cross calves was due in February 2021 and the Meades were excited about the improvements they would make.

"We have steep hills and they have a fair walk so they need good feet and legs, and it gets wet in winter so they need mastitis resistance. These are traits Golden Cross focuses on so it gives us a path to where we want to be," Mr Meade said.

"As an industry, we can't milk 700-kilo cows that can't get back into calf," Mr Meade said.

Their interest in Golden Cross prompted Lauren to enter a Viking Genetics survey competition where she won 25 straws of semen from Viking.

"We're waiting for the new bulls to come out to select what we like but it will be most likely Aussie Reds for the Jersey-Friesian crosses to go three-way," she said.

"We were super excited when we found out we'd won."