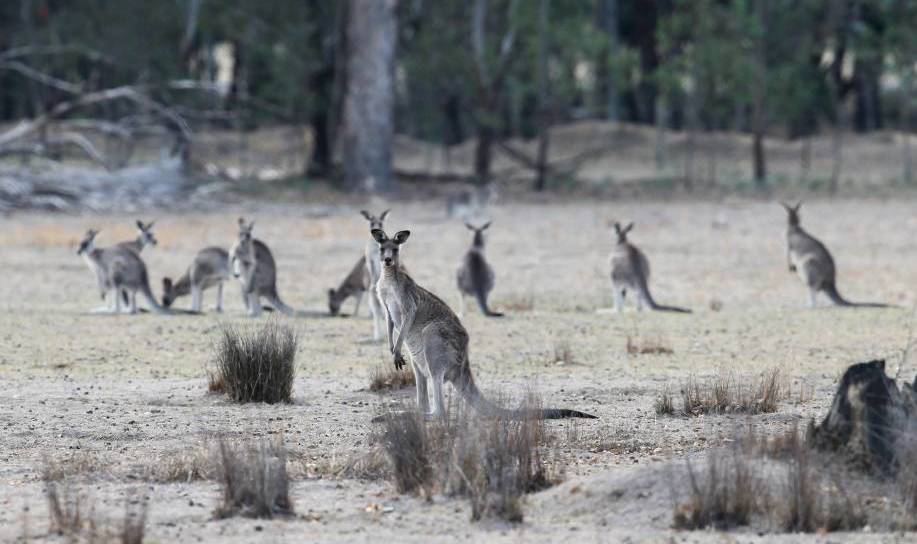 ROOS: Victoria has made a big change to its annual roo culling program, dropping the ban on allowing human consumption.

A big jump in the kangaroo population has seen a major change to Victoria's annual culling program.

A big jump in the kangaroo population has seen a major change to Victoria's annual culling program.

Victoria now believes there are almost two million kangaroos across the state which has led to a 39 per cent lift in "harvesting" quotas.

But the big change for Victoria is the state will allow the extra meat to be made available for human consumption - not just for pet food as has been the case.

The Victorian government says it will "look for opportunities" to export the roo skins as well.

"Over-abundant populations compete with livestock for stock and feed, and damage crops and fences," the government says.

"Kangaroo meat is an environmentally friendly protein - the animals have less impact on land and they are a low-emissions meat source," a government spokeswoman said.

"Boosting supply of locally-sourced kangaroo meat will also reduce the environmental impacts of importing kangaroo meat from other states."

Only trained and authorised professional shooters would be able to provide kangaroos to abattoirs for processing.

Since October 2019, 86 harvesters and five meat processors have taken part in the pet-food-only program, with many calling for changes that allow processing for human consumption to support jobs in country communities.

Agriculture Minister Mary-Anne Thomas said: "This program provides a service to farmers and an income to trained professional shooters.

"The changes to how products generated from the Kangaroo Harvesting Program can be used gives more options to harvesters and processors to make use of these animals and reduce waste - and create more jobs in country towns."

Like Victoria, most states set their quotas at 10-20 per cent of the total estimate kangaroo population.

The South Australian government has been using aerial surveys since 1978 to count kangaroo numbers.

This year's quota, not including special land management quota, is 407,000 mostly Red and Western Grey kangaroos, a drop of 21 per cent on last year.

The Queensland government also uses aerial surveys to set quotas at about 10-20 per cent of the estimated population size.

Quotas in New South Wales for its commercial harvest are divided into kangaroo management zones.

Last year's quota was set at 2,126,176 with an estimated kangaroo population across the state of more than 14 million.

Western Australia's quota was set at more than 670,000 in 2019 but because of the dry conditions, the quota was not reached.

Permits are needed in all states and territories for commercial harvesting of kangaroos.