G-MW questioned over legality of channel herbicide use. 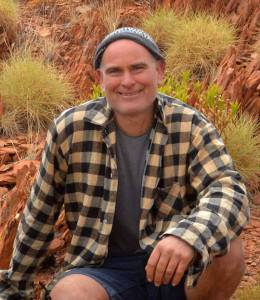 EPA CALL: Rakali Ecological Consulting co-director Damien Cook has put a complaint in to the EPA about fish kills, in the Cohuna irrigation channels.

A Northern Victorian ecologist has referred an irrigation channel fish kill, caused by using the herbicide Acrolein, to the Environment Protection Authority.

That resulted in what Rakali Ecological Consulting co-director, Damien Cook said were thousands of fish deaths.

"I thought I would report it as a deliberate pollution incident," Mr Cook said.

"I am trying to find out if they got an exemption, to cause that kind of pollution, and cause the fish kill."

Mr Cook said the herbicide, which coats the gills of fish, resulted in the deaths of Murray Cod, Bony Bream and carp.

"It's a blunt instrument, it kills everything in its path - there is no sophistication to it, at all," Mr Cook said.

"What they have done is let the channels dry down, over winter, and that exposes the submerged aquatic plants to frost - they then die right back.

"Having plants in the system, even if you are an irrigator, is actually beneficial.

"If it's too much, it can slow the flow rates down, but having plants in there helps improve the water quality."

It helped oxygenate the water, held sediments together and provided habitat for wildlife.

"It puts a bit of life in the water, instead of having a dead old, stagnant plastic-lined channel, with nothing in it,' he said.

The fish would have moved into the channels, during floods.

"Things disperse, quite readily, when that happens," he said.

"That's what native fish are meant to do.

"We have destroyed a whole lot of their habitat, by regulating the river, but we have built them some new ones, so they are going to move in, where they can.

"It is a bit rotten to create all this new habitat and say they can't live there and we'll poison them out of there." 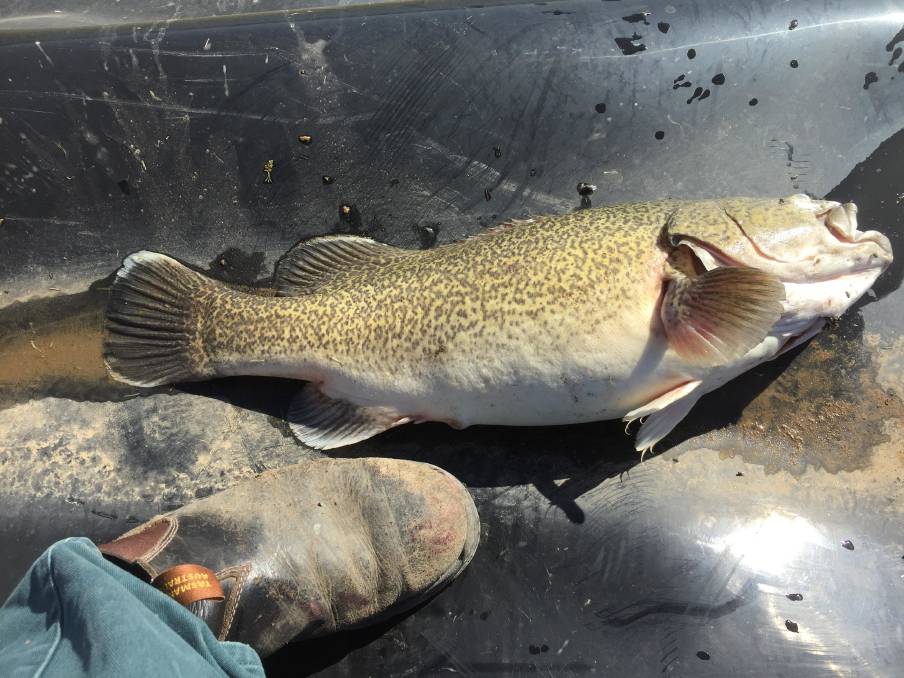 Cohuna farmer Mal Johnson said within half an hour of the Acrolein being put into the water, fish started to come to the surface.

"When I got home, I walked across to our channel - which is 300 metres from our house, and there were 300 metres of 2.5 to seven centimetre Bream, as far as the eye could see, right down the channel.

"There would be thousands, I put the landing net in and pulled it out and dumped it on the bank, and there were 50-60 in one scoop."

"You can put a chemical into the water, and after 72 hours its gone, you can use it with ease - well Damien's issue is that there is always a residual effect."

"These are farming areas, we are meant to be clean and green, but we have slipped back 30 or 40 years."

He said he felt a large part of the problem was because of modernisation.

"They can't dewater the channels any more, but surely they could have come up with a better way of managing the problem."

Tim and Julie Hawken have a dairy farm on the Cohuna number one channel and said they had found a 105cm, dead Murray Cod and many smaller fish.

"We were quite horrified to find it," Ms Hawken said.

There was an also dead duck in the channel.

Ms Hawken said G-MW had assured them that the water was fine to use, after the withholding period.

"We filled our dam up, from the channel, before they did anything to it,' she said.

"We used that to water our cows and for our vegetable garden.

"We decided not to irrigate for a few days after the 72 hours withholding period - we gave it a few extra days.

"We understand the ribbon weed is a problem, but we hope G-MW can find a better way to manage it, in the future."

G-MW Water Delivery Services general manager said the organisation was continuing to co-operate with the EPA.

"We are aware of fish deaths on this channel, and have had operational staff on site to remove them. The majority of fish killed were European carp, an invasive pest species in Australia," Mr Blyth said.

"G-MW followed the required process before commencing, advising the EPA of its intention to undertake the treatment.

"G-MW takes the use of acrolein very seriously. This weed created issues for some customers in accessing water, and for GMW in ensuring a reliable and appropriate delivery of water to our irrigators."

Mr Blyth said the use of Acrolein was a last resort, to maintain the capacity of the irrigation channels.

G-MW would also use the irrigation shutown, betwen May 15 and August 15, to draw down water in channels, to treat aquatic weeds.

G-MW completed two letterbox drops informing affected residents and customer about the treatment and spoke one-on-one to a number of residents to address some concerns.

Prior to the treatment, G-MW notified customers again via mail, email and text messages, with three days' notice.

For the treatment, G-MW engaged a specialist with the Catchment Management Authority to use electrofishing to net as many fish as possible and move them out of the channel prior to it being treated with herbicide.