Meatworks, local agents to the fore at Kyneton. 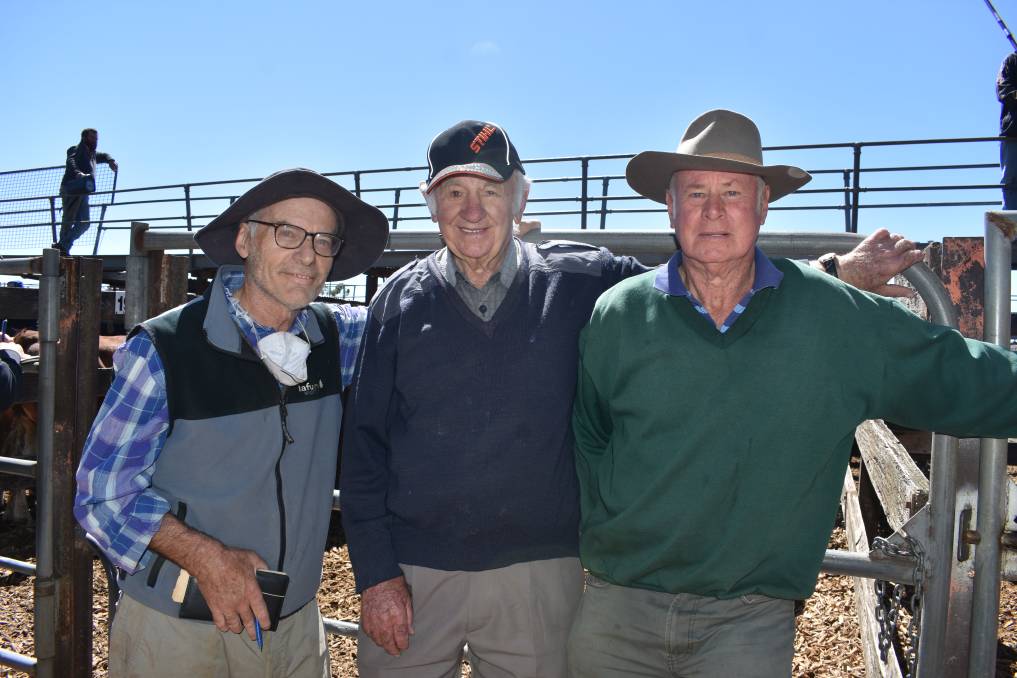 Processors were prominent at the first Kyneton monthly store sale, with three operating on a small yarding of quality cattle.

Westside, Hardwicks and Highland Meats were all operating.

There were few large lines of cattle, but all the Kyneton agents said they were pleased with the prices.

"These were smaller mobs of cattle, we didn't want to get lost, basically odds and ends," Mr Robson said.

"We had some good quality cattle, but in pens of five or seven.

"They sold very well, not as good as the weaner sale, purely because were weren't able to bring in volume numbers.

"We didn't have the volume buyers here because of the small pen lots."

Mr Robson said considering the quality of the cows and calves, the prices were very good.

"There were some very good joined heifers, they were good buying, as were the good Black Baldy heifers, which are the hardest thing in the land to find."

Mr Grath said the quality was average, after this month's weaner sale.

"Conditions are perfect, for this time of the year," Mr McGrath said.

"Considering the quality of the cattle, they sold very well.

"It was a good yarding of cows and calves, and joined females, and the rest I would call an average yarding of cattle," Mr McGrath said.