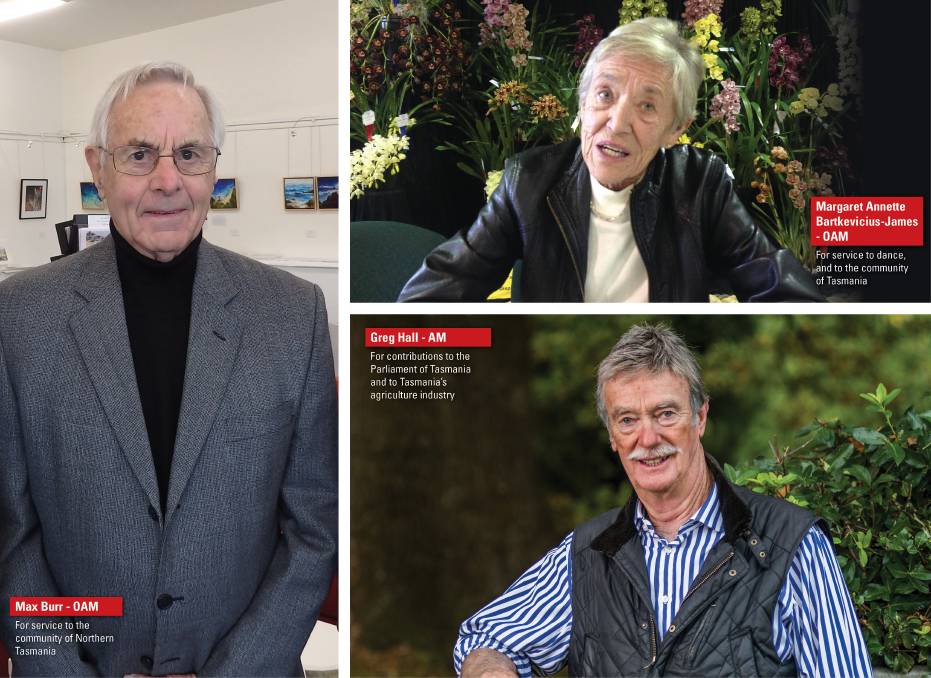 A creative teacher and politican among the recipients.

A community-minded volunteer, an educator and a political leader are among the Northern Tasmanians recognised for their contribution to their respective communities on Australia's national day.

This year there are three Northern recipients and one North-West recipient in the 2021 Australia Day awards.

The awards are handed out twice per year, once on Australia Day and on the Queens Birthday, and is recognition from the Commonwealth for the contribution they have made to their communities in their various professional and personal lives. 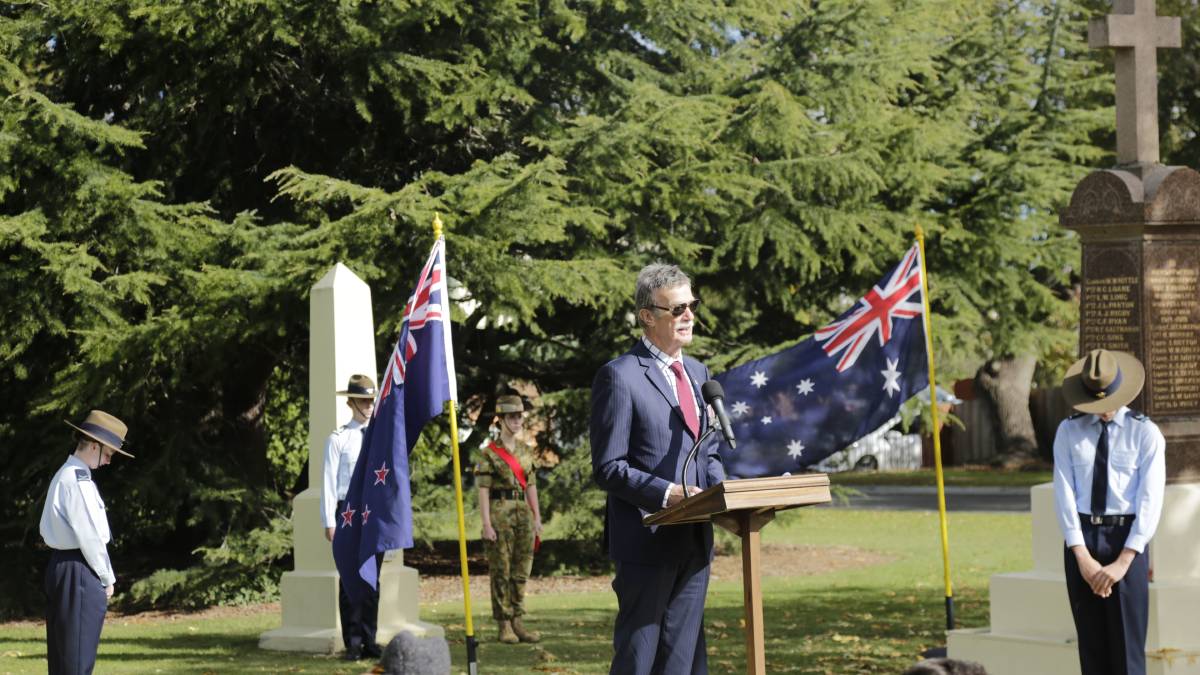 A lifetime working with "salt of the Earth" people is what former Legislative Councillor Greg Hall says helped him to form open-minded opinions that served his decorated political career.

Mr Hall, who served on the Legislative Council as the Independent Member for Rowallan, Western Tiers and McIntyre between 2001 and 2018 is being honoured with an AM in the Australia Day Honours list for 2021.

A farmer by vocation and by nature, Mr Hall said his world view "was forged by working alongside and mentoring those honest and hard-working rural people" and was carried by him into public life.

"An agricultural business cannot survive without excellent staff, and I would like to single out Brian Morice who worked for us for some 40 years," he said.

He said rural people were "often undervalued and not recognized for their contributions to Australia as a whole -- they are the salt of the earth across a whole range of vocations."

Mr Hall said receiving the honour and being nominated was a humbling experience, but he would not have been able to achieve such an award without acknowledging his wife Kathy.

"An award of this nature would have been unachievable, without the strong and unswerving support, I received from my wife Kathy, who kept the farming home fires burning while I was away on council and parliamentary duties," he said.

"I have also been fortunate to have had strong relationships with our four adult children and subsequently grandchildren."

As a strong advocate of the agricultural space, Mr Hall held roles on many industry associations such as Fruit Growers Tasmania, the Northern Dairy Producers Association and the Tasmanian Farmers and Graziers Association.

He has been a berry and cropping farmer since 1970 and was also a former area representative for Lactos Suppliers Association.

Mentoring and supporting people through agricultural employment has been a defining moment of his life, he said.

"It was also very satisfying to be able to provide some 50 seasonal jobs for local people (many their first job), when we were engaged in horticulture and dairy farming."

He said he'd like to record his sincere appreciation to all those public spirited and community minded people he had worked with during his time in public life and his former Parliamentary colleagues.

"Overwhelmingly Tasmania's Parliamentarians are motivated by trying to do the best thing by our community - even if we don't always get it right," he said.

" Most importantly I would like to thank the people for their support, I was fortunate to have the support of my electorate at local government and Legislative Council level over a long period of time, I never took this for granted." 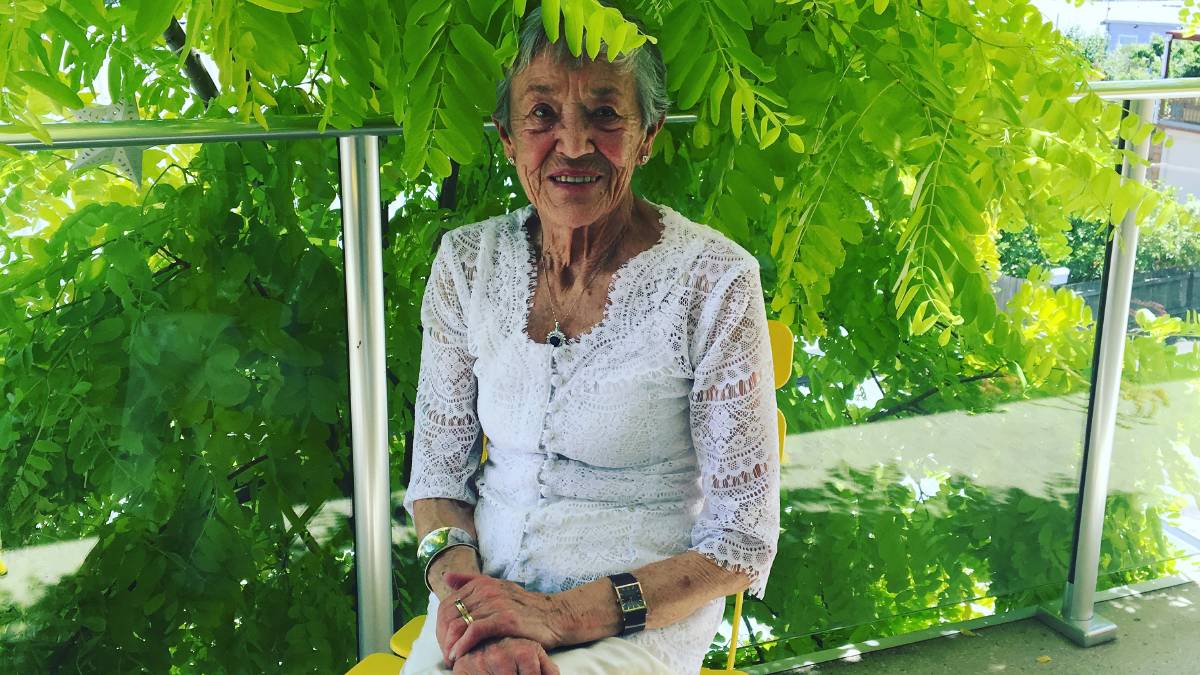 For service to dance, and to the community of Tasmania.

Mrs Bartkevicius-James, who died in April 2019, has been recognised for her service to dance and the broader Tasmanian community.

Born in Launceston in 1934, Mrs Bartkevicius-James began her teaching career at Rossarden.

At the time she was an untrained kindergarten teacher, but her natural talent for the job quickly got the attention of the Education Department.

Husband Dick James said she was offered the role of Kindergarten teacher following the unexpected departure of the school's teacher.

"But she took on the role and she educated those kids like they were a new big family for her, that's the way she taught," he said.

Mr James said Mrs Bartkevicius-James had always had a passion for the arts, particularly dance, but she also developed a love for teaching and education.

"She was a natural teacher," he said.

In 1974 she accepted a position as a primary school science consultant, in recognition of her outstanding knowledge and skills in this curriculum area.

She was later named the regional superintendent, in a position she held from 1978 until her retirement in 1991.

Having commenced her career as an untrained teacher, Mrs Bartkevicius-James also took up the challenge of gaining an education degree and post-graduate qualifications in early childhood education.

She became a founding member and chairwoman of the Kindergarten Teachers Association and throughout her career was known as being fiercely passionate about teacher training.

Mrs Bartkevicius-James also spent many years raising the awareness of early learning and highlighting the importance of parental involvement in their child's education.

She was also a former dancer, performing at the Brisbane's Theatre Royal in 1950.

Further contributions to the arts included her role as chairwoman and director of the Board of Tasdance and the Friends of Tasdance.

She also served as secretary on the Northern Tasmanian Porcelain Painters Association.

Mr James said he was "chuffed and delighted" that she had been awarded this honour, but he thought that Mrs Bartkevicius-James may have been slightly embarrassed by the attention.

Daughter Katie said her mother was "vivacious, creative and very generous" to all who crossed her path.

"Our door at home was always open to the unexpected visitor," she said.

She said the whole family was so proud of her mother, to have received this recognition. 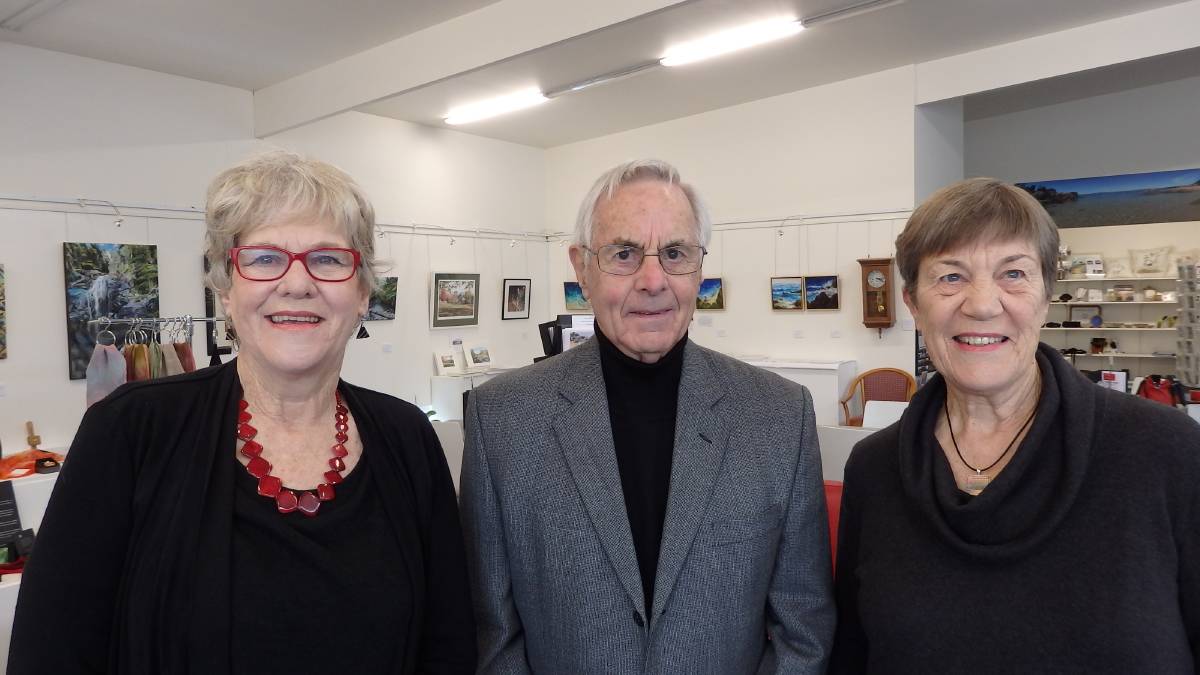 For service to the community of Northern Tasmania

When Max Burr first learned that he was going to receive an Order of Australia Medal for his service to the community of Northern Tasmania he thought it was a scam.

He frantically began searching for the number of his local representative to warn others about a new scam going around.

But after a quick call he soon realised it was not a scam and his work throughout the community was being rewarded with an OAM.

"I don't consider that I have done anything special in the community," Mr Burr said.

"I have done quite a lot of things in the community and been involved in community life but so too have many, many other people - particularly in the volunteer sector."

Mr Burr said it was comforting that somebody in the community thought he was worth a nomination but by the same token if his work deserved special recognition so did the work of many others.

"Our community just couldn't function without the volunteers and the people in local communities who make the contribution that they do," he said.

"We take for granted that volunteers will always be there to fulfill the roles that they are in the community. There is a need for the strengthening of community life and I think the best qualities of the Australian people are coming to the fore when they are responding to an emergency like the COVID-19 crisis." 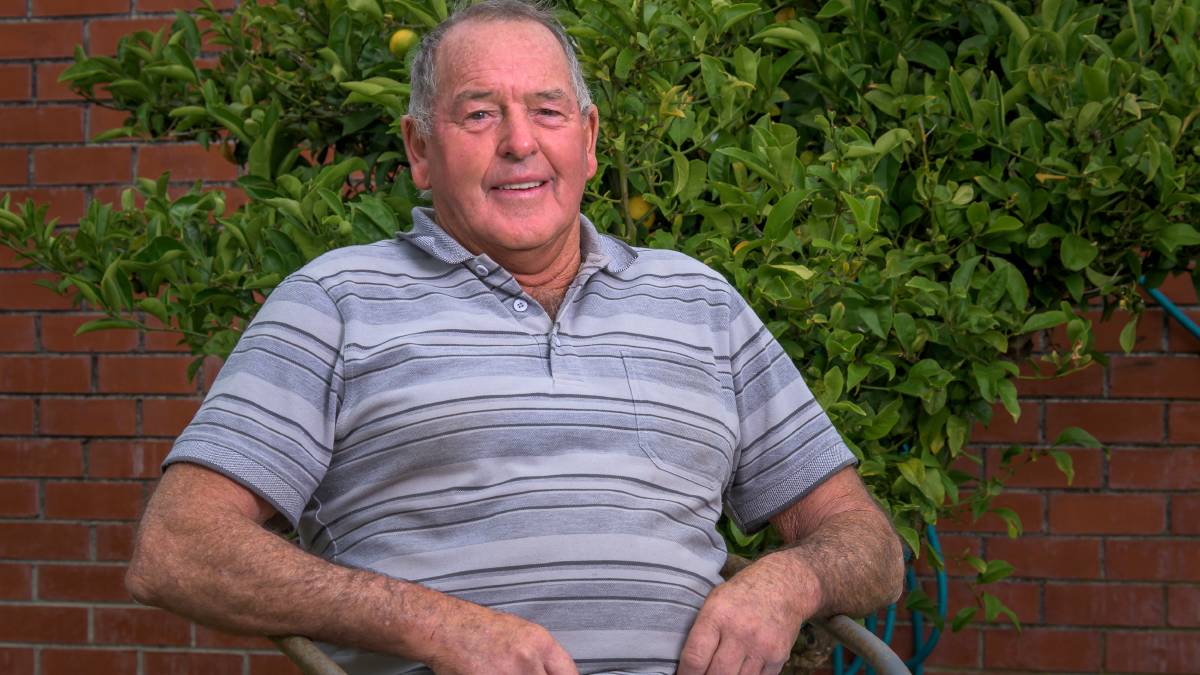 For service to education

John Burton discovered the secret to getting kids to eat their greens.

That is not why the 70-year-old is being awarded a Medal of the Order of Australia, but it is one of his favourite memories.

Mr Burton is still involved with Wilmot Primary School, which he attended, and particularly the management of the school farm.

Kids at the school help out in the vegetable garden, and on Fridays lunch is made with the farm's fresh produce.

"I had a lady come in and tell me she had trouble getting her kids to eat their vegetables," Mr Burton said.

"But since they have been helping out growing them at school, she can't keep up with how much they want."

Wilmot is, of course, a close knit community so it is not unusual that Mr Burton received such gratifying feedback. But to be nominated, and awarded, an Australia Day honour is indeed unusual.

"It is very much an honour, I was very surprised. I never dreamt I'd get an award like this."

Perhaps he did not have the time to dream however, as his involvement with the school for more than five decades is just one of many groups and organisations to which Mr Burton has dedicated his life.

"If I wasn't going to a meeting, I was coming home from one. I'm very lucky that I've got an understanding wife."

As well as the school, Mr Burton has been heavily involved in the Wilmot Tourist and Progress Association, the ANZAC Day committee and has spearheaded projects to build walking trails in the region.

He was also the president of the Wilmot Memorial Hall committee, has been a Justice of the Peace since 2001 and in 2013 was awarded Kentish Council's Local Hero award. And, like any good country boy, Mr Burton has been heavily involved in his local cricket club since 1965 at various times as the president, member and a champion player.

He has been invited back twice this year to play, but nowadays he defers to the younger players.

"I tell them to put the young ones in, they're the future of the club."