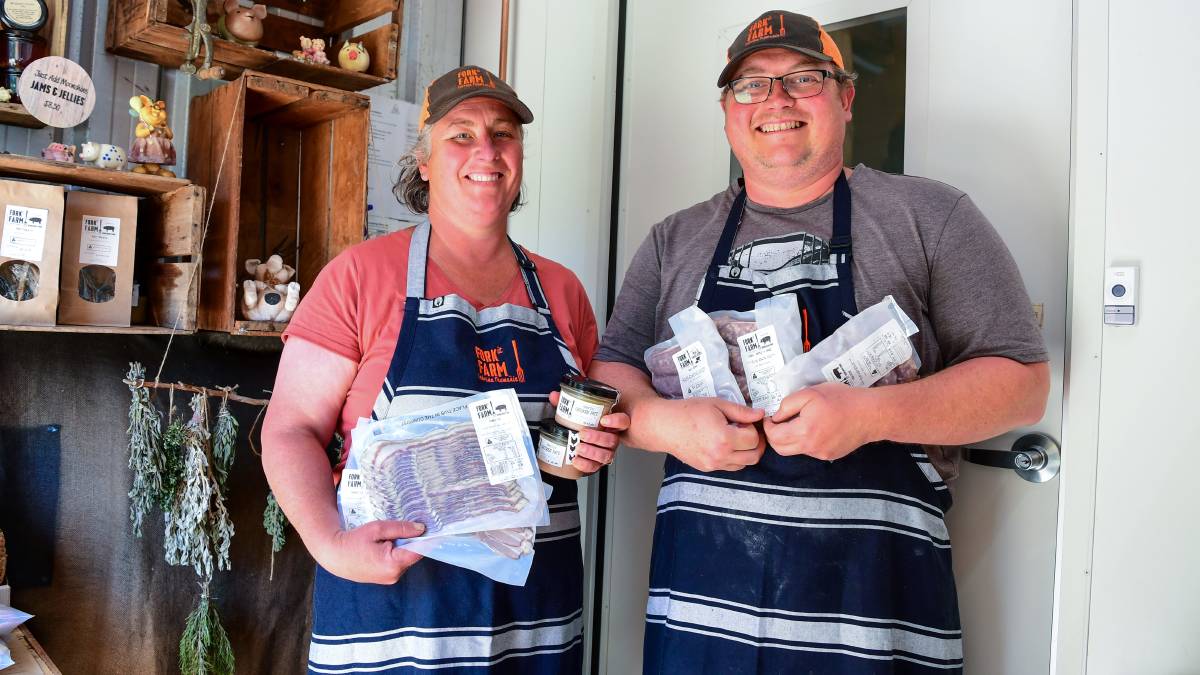 Sprout Tasmania is digging into the figures, on the state's small producers

Like mushrooms after rain, Tasmania's small producers have been quietly sprouting, across the state.

Now the non-for-profit start-up support business, Sprout Tasmania, wants to find out how many small farmers there are and what they are producing.

"We're looking at all sorts of things, such as their productivity, what they farm, where they farm, how they sell their products, what are their challenges and plans?," Ms Robinson said.

"It's an exciting project and it will inform a lot of the support that then comes through."

She said the research would give the state government a better understanding of what the sector looked like and what support was required.

"In the first three weeks we will be doing preliminary work with a data expert, who will be able to give us an understanding of the criteria we need to look at,' Ms Robinson said.

That would be followed by a survey, promoted through main-stream media and digital platforms.

"In terms of a definition, or criteria, for small scale, it's quite tricky because we don't want to exclude people, based on a particular land size, or working land size," she said.

"I guess we will be really trying to ascertain those boundaries, without making them so rigid so they exclude people who should be included in the survey data."

The general definition would be people running a farm, not as a hobby, but also not on the broad-scale, extensive cropping or stockholding farming businesses.

Ms Robinson said Sprout also had to be careful about terminology.

"They don't think of themselves as niche, they are just small," she said.

While Sprout had a handle on about 100-120 small farmers, which benefited from its programs, there were far more out there.

"Whenever I speak with somebody, there are always five to 10 people I have no idea about,' she said.

"We would hazard a guess to say there might be between 300-500, but it might even be bigger than that."

When Tasmanian was hit by blueberry rust, in 2014, many farmers, Sprout had not been aware of, came to light.

"They might sell to their local grocer, or on the side of the road,' Ms Robinson said.

"We were born from vegetable growers originally, that's where Sprout originated from, but now we have producers who span from blueberries to apples and ducks and chickens for meat and eggs," she said.

"I think they have an integral role in that so much of our tourism industry is supported from this side of the agricultural sector.

"They really underpin that paddock to plate experience that so many people come to Tasmania and look forward to."

Ms Robinson said the sector could play a significant part in the state government's ambitious plans to increase the annual value of Tasmania's agricultural sector to $10 billion by 2050.

"It's not that we say larger-scale farmers are not needed, they are its more that we think the traditional idea of a farm, needs to shift and is shifting.

"This data is needed needs to show they are an integral part of the agricultural sector.

"The more we know about them, the more we can support them to do that."

They have an on-farm boning room and production facility at Lebrina.

"The government will have an idea as to how much small farms actually contribute to the agricultural sector, and we might get some support as well," Mr Croker said.

"Most of the support is targetted at the big end of town, and this research will hopefully show how much we contribute to the local economy as well.

He said he was hopeful it could also see a cutting of red tape, which he described as "a killer.

"All the regulations are written for the big end of town and that can be a barrier, to entry, for a lot of small producers," Mr Croker said.

Small producers brought in a lot of tourist dollars, to the state.

"We get constant visitors, throughout the week to our farm shop," he said.

"Tassie has this clean-green, boutique food industry image," he said

"When people understand how many small producers are out there, and what they do for the economy, that really needs to be shown better."