A large penning of 3591 cattle at Mortlake was soaked up at strong prices by a large gallery of buyers. 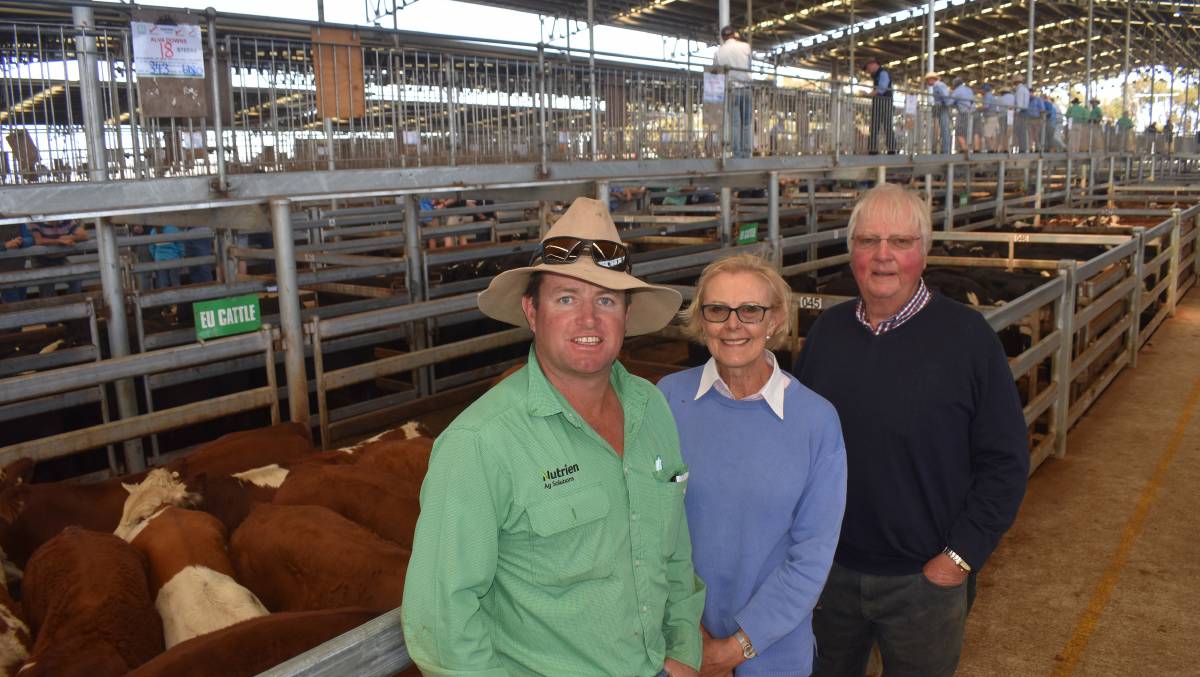 A large field of buyers from a wide area bid freely on a yarding of 3591 cattle at the January store sale at the Western Victorian Livestock Exchange at Mortlake.

With recent prices drawing more vendors to sell, the increased yarding was quickly sold to buyers from areas that included Deniliquin, Albury, Holbrook, Manilla and Inverell in NSW.

Processors and feedlots were also active on suitable lines.

The feature of the sale were the pregnancy-tested-in-calf females that included a pen of five Speckle Park heifers sold by R & C McNamara, that made $3650.

The Hann family's Nampara Pastoral Company, Strathalbyn, SA, had a consignment of 186 PTIC Angus heifers that sold for an average of $3031 and topped at $3340.

There were some good runs of cows and calves on offer which topped at $3680 with an overall average of $2672.

Mr Baxter said overall it was a fantastic sale and "a way to kick off the store sales for the new year".

A feature of the weaner steer offering was a draft of 216 Hereford/Simmental-cross, sold account Cam and Carol Emerson, Alva Downs, Tahara, that averaged 337kg across the consignment and sold for an average price of 496c/kg or $1674.