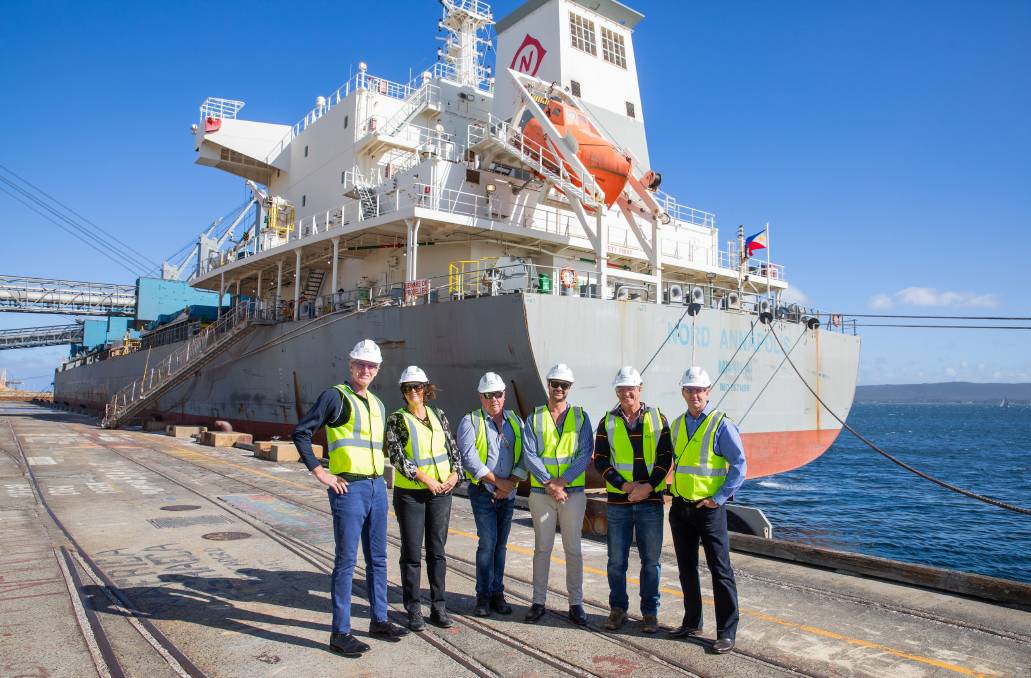 CBH has exported 35,000 tonnes of malt barley to Mexico in what is believed to be a first for the Aussie barley industry.

AUSTRALIA is making inroads into finding alternative markets for its barley following China's decision to implement 80 per cent tariffs on our product.

This week, Western Australian co-operative CBH sent its first vessel to Mexico, marking the start of what is hopefully an ongoing market for Australian malt barley producers.

CBH officials said they believed it was the first shipment of barley to head from Australia to Mexico.

Traditionally Mexico produces its own barley, with average production of around a million tonnes a year, and tops up with supplies from freight advantaged North America, in particular Canada.

This year it has looked to Australian barley, which is extremely price competitive on the world stage, for the first time.

Should Australia be able to crack the market on an ongoing basis it will be a major boost for our malt barley industry.

Mexico is the world's fourth largest beer consumer according to 2018 data released by Kirin Holdings, drinking 8932 kilolitres each year, which accounts for a tick under 5pc of the world's consumption.

The barley was bought by Mexican brewing giant Cerveceria (Brewery) Cuauhtemoc Moctezuma (CCM), a part of Heineken, whose largest brands include Tecate and Sol.

Together with Grupo Modelo, part of the AB InBev group and famous for the Corona brand, CCM dominates the Mexican brewing industry.

The 35,000 tonne shipment left Albany, in southern WA, on Sunday, and has been accredited through the International Sustainability and Carbon Certification (ISCC) scheme.

CBH chief marketing and trading officer Jason Craig said he hoped the Mexican business would continue beyond this year but cautioned that further work would have to be done with the Mexican malting and brewing industry to ensure success.

"While it is early days, this shipment to Mexico signals a potential new market for malting barley however this will need to be developed over time."

In other good news, CBH is reporting solid sales to Saudi Arabia.

The Arabian nation was once Australia's largest customer for feed barley before the focus switched to China.

This year, Mr Craig said demand for Australian feed barley from Saudi Arabia is set to increase from almost nothing in the 2019-20 marketing year to more than 2 million tonnes this year, an invaluable marketing option in the absence of China.

"Saudi is re-opening as an export destination for Australian feed barley, which has become very price competitive compared to barley from alternative origins, such as Russia and the Ukraine that have dominated exports to the country for the past few years," Mr Craig said.

The arid nation earlier this century embarked on a self-sufficiency policy, which saw barley production hit 2 million tonnes, however the lack of water meant the government decided importing the grain was a better use of resources.

And Saudi Arabia is not the only nation seeing Australian feed barley as a bargain.

Mr Craig said there was plenty of barley in the west to supply customers after a better than expected harvest.

"Western Australian growers have delivered a remarkable 2020-21 crop, resulting in the production of more than four million tonnes of barley," Mr Craig said.

The volume of the WA crop came as a slight surprise to many within the industry, with tonnages higher than expected given the rainfall received.

The story From Tsingtaos to Mexican Sols for WA barley first appeared on Farm Online.

Sponsored by
Property of the week | 730 Twomeys Bridge Road, Yatchaw.
Test
High Australian lamb prices has little effect on export market as demand remains competitive on global front.
Test
ABARES hears from global expert Len Steiner on Brazil, Argentina cattle
Test
Victorian farmers did not get their wish for people having to register to camp on Crown land leases.
Test
More modernisation planned for the Goulburn-Murray Irrigation District.
Test
Lighter cattle in demand at Powranna.
Test
The Resources Minister says the move will make it a permanent ban.
Test
Steers go back into the Euroa area, with prices remaining high on quality cattle.
Test