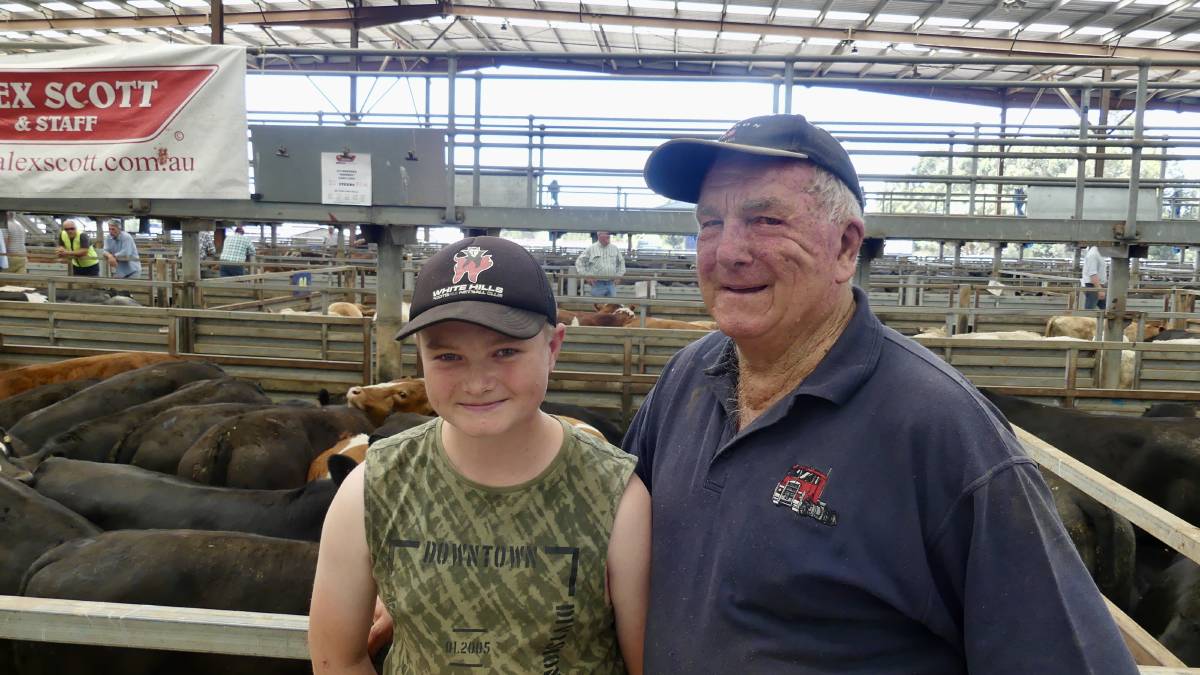 Nearly 4000 head were yarded with good weights, as steers sold to 500c/kg.

"Prices held up extremely well across all weights and grades, particularly these lighter cattle that we're selling at the moment," he said.

"A lot of heavier cattle here which a lot of the hobby farmers didn't want to pay the rate of the feedlots so they got sort of forced out into these lighter cattle and hence they were selling very well - 500c/kg plus.

"There were very few pens with heifers under 300kg but when we did we got into the 500c/kg territory and above."

"Especially considering how many cattle were here - we were a little bit sceptical as to how it would go," he said.

"Our 300kg steers all made well about 500c/kg, it's continued on from how strong Leongatha was last week.

"They were very strong throughout, we had a very strong run of heavy steers, 550kg Angus steers coming back at 410c/kg and $2260.

"That's big money, it makes you think, 'why run them to bullocks in the spring when you can get the money that you can now'?"

Mr Roberston said it remained to be seen whether the high prices were sustainable.

"It's danger money really, it something we've never seen before," he said.

"I'm not sure whether these prices can hold, I think it will for the next couple of weeks and we'll just see if an Autumn break comes - I think that's the big deciding factor."

Feedlot buyers were strong, he said.

"I thought the cattle still sold very, very well. It might be slightly easier than a fortnight ago," he said.

"The quality of the yarding was very good... the first run of cattle were outstanding.

"The commission buyers had good northern orders and the cattle sold."