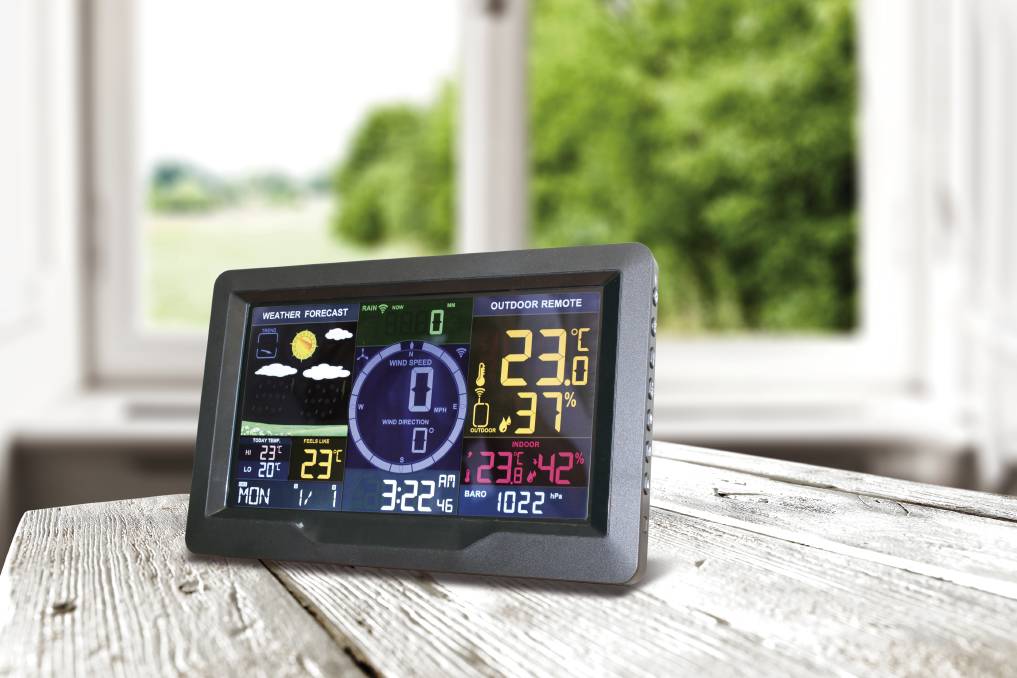 BASE STATION: Silvan's new weather station has a base information station, outside sensor unit and 240-volt cable.

Melbourne-based Silvan has launched a new weater station and headlamp to start the new year.

Melbourne-based Silvan has released two new products to start the new year - a rechargeable headlamp with sensor and a weather station.

The weather station consists of a base station display, an outside sensor unit and a 240-volt power cable.

It displays the temperature, wind speed and direction, rainfall, and humidity.

It also has other features including an alarm clock with snooze function.

The spokesman said it also provides a forecast which includes a display showing barometric data and predictions in weather changes which are displayed in colour.

The clock displays either a 12 or 24 hour format, date and moon phase. The recommended retail price is $162.

A company spokesman said the headlamp allowed operators to have a powerful hands-free light.

Once switched on a wave of the hand in front of the light's motion sensor will turn it on or off. HANDS-FREE LIGHT: Silvan has launched a new headlamp which can be turned on and off with a wave of the hand.

The unit comes with a 600mAh rechargeable Li-ion battery which can be charged by a battery bank or USB. The light has a charge indicator.

The headlamp is water resistant and suitable for use in any outdoor environment, the spokesman said.

Also included is an adjustable headband and a 30cm USB cable. The recommended retail price is $39.