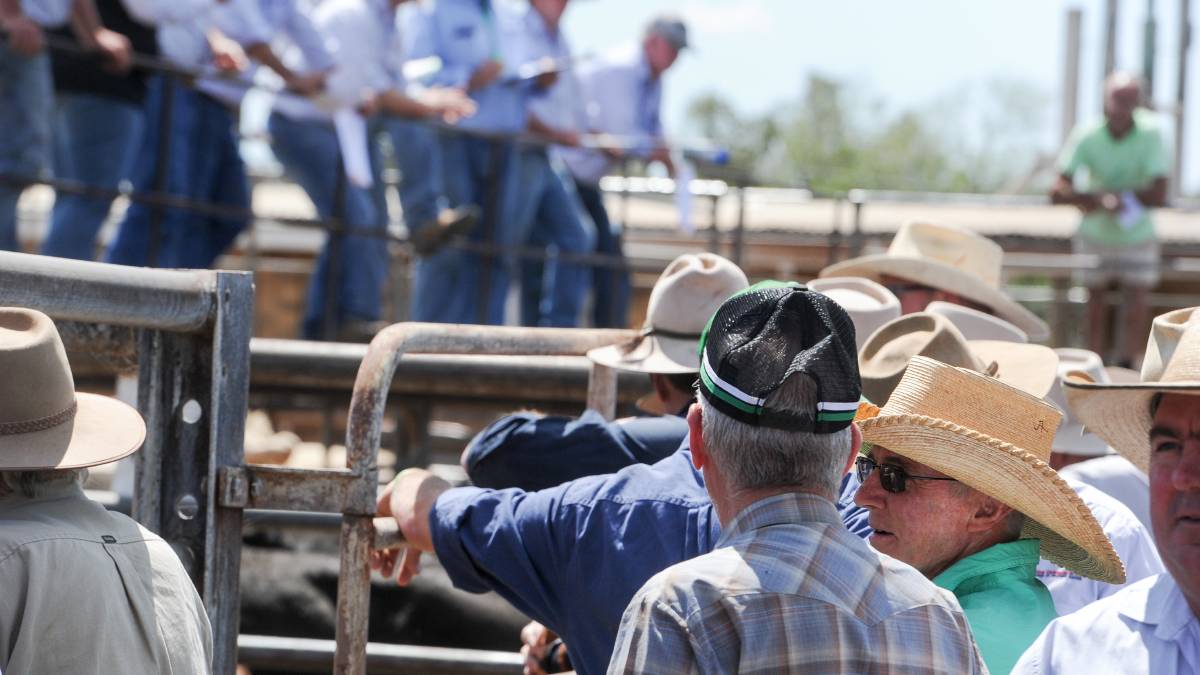 Too many buyers, not enough sellers

As restocking demand cranks up even more on the back of ongoing decent rain, and Queensland producers start to hang on tighter to stock, the cattle market continues to creep up.

The Eastern Young Cattle Indicator is today sitting at a record 844.75 cents per kilogram carcase weight, after jumping close to 15c week-on-week. That is 320c above where it was this time last year.

Yardings have shrunk significantly as Queensland appears to finally be receiving a fair share of the precipitation on offer and the situation of too many buyers, too few sellers is exerting strong upward pressure on the market.

Plenty of people are leaving sales empty-handed, which is prompting the question of what their chances are now of securing what they want.

Elders Victoria and Riverina manager Matt Tinkler said it was not unprecedented to see the cattle market open in January strong on the back of northern rain.

Last year the rain came at the end of January and the market just kept getting dearer, he pointed out.

If the grass disappears, it might level out, he said. But seasonal conditions would continue to be the driver of the cattle market.

Agents across the country agree. Time and again in the past 12 months, grass fever has proven a stronger force than global market uncertainty, they say.

Meat & Livestock Australia analysts said as processing facilities deal with limited supply, the price offered to producers has tracked higher, with the differential between grain and grass-fed prices shrinking.

The spike in over-the-hooks prices was indicative of the trend that Australian cattle markets are driven by rainfall, not just at the saleyards but at a processing level, too, they said.

The supply shortage is expected to get more severe.

Ben Sharpe, Ray White Rural and Livestock at Tenterfield, said the first major weaner sale in his area had just 1500 head in the line-up, compared to 4500 last year.

They were mostly steers - heifers were now an extremely scarce commodity, he said.

"We have producers with no calves for sale this year due to building numbers," he said.

Elders national livestock manager Peter Homann said prices had been so good, a lot of this year's stock was already sold.

"And there is so much demand from everywhere now," he said.

Purchasing light allows traders to mitigate the risk of the market coming back when they need to sell.

Heavy steers are already showing signs of coming off the boil. They started off the year at 374c/kg live weight - below the end-of-2020 level - and have now climbed to 377c.

Thomas Elders Markets data shows the annual average price the national heavy steer indicator achieved during 2020 was 343c/kg lwt and it peaked at 382c/kg during June.

TEM modelling indicates it is likely to soften around six per cent during 2021, which equates to about 20c/kg lower prices on a live weight basis from the 2020 price levels.