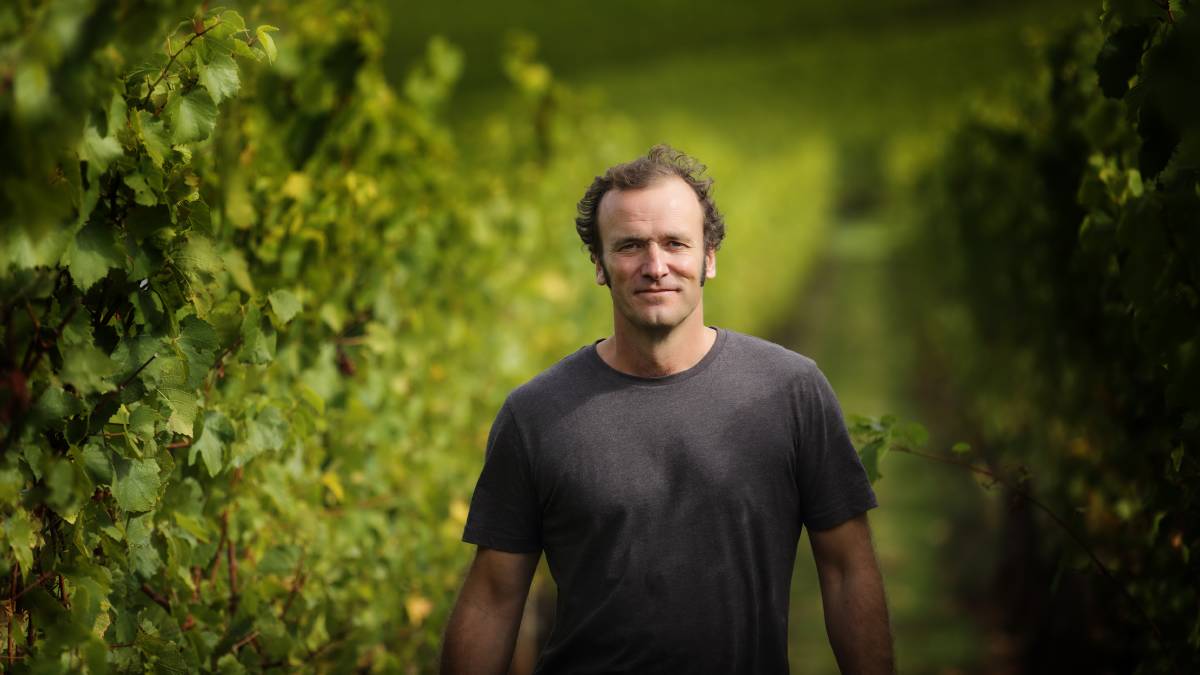 OPTIMISTIC: Peter Caldwell from Dalrymple Vineyard says the season is shaping up to be relatively high yield. Picture: supplied

Good news for Tassie's next vintage.

Tasmania's vintage is shaping up to be a relatively good year for wine producers as preparations continue for harvest.

After navigating the impacts of the COVID-19 pandemic on cellar door sales and hospitality, wine producers in Tasmania have been reliant on nature to give this year's yield a boost.

La Nina's threat has so far missed the wine industry this year and has not significantly impacted the grape crops.

"It's been a pretty typical season," he said.

He said the last couple of seasons had been drier than this one, but that normal was probably above average, but the actual average season in Tasmania was more like this summer.

"Ideally we'd like to keep it dry," he said.

Mr Caldwell said yields were looking pretty average, which he was happy about because he didn't want to be faced with a bumper crop during the pandemic's uncertainty.

However, he said sales had been steady, thanks to the support of Tasmanians and interstate buyers.

Mr Caldwell said he also missed participating in events, such as Festivale and other small networking events.

"We had strong support from Tasmanians, whether they were visiting cellar doors when they could, or buying directly," she said.

"Something we did find was that people who were buying either bought more or they bought more expensive bottles than they normally would to show their support."

In a challenging year, Ms Davies said producers were looking forward to a reasonably healthy vintage.

However, the success of that vintage still relied on the weather.

Tasmanian wine producers typically pick their crop from about March, and Mr Caldwell said it was looking to be the same this year.

"Pipers River is typically the cooler region, so we might be the third week of March," he said.

"Sparkling starts a week before us, but this year we might be three or four days behind average."

Ms Davies said seasonal worker challenges was still an issue for the wine industry, but not as big a challenge than for other sectors.

However, she said Wine Tasmania was hoping it can head off some of the problems early, by presenting a training module in partnership with TasTAFE.

The training module will give potential pickers a base level of knowledge on picking wine grapes effectively.

Wine Tasmania will run sessions in the North and the South next month.

The story Wine producers look forward to vintage first appeared on The Examiner.