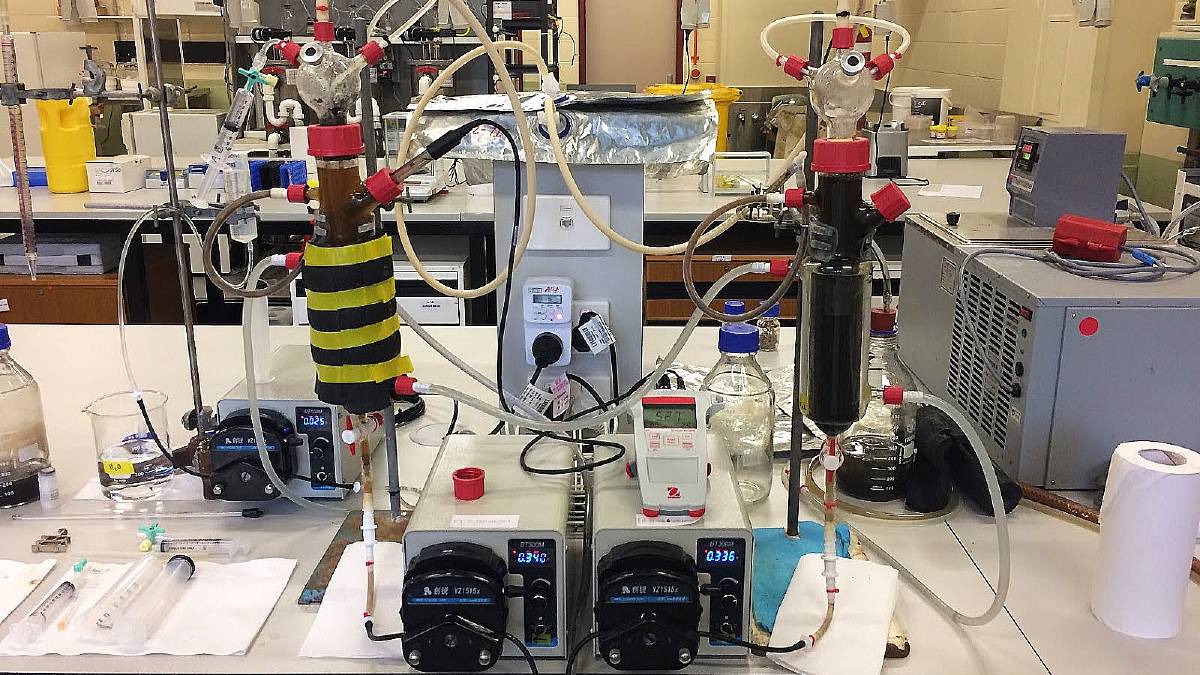 TESTING: MADE will spend the next 12 weeks running crops and waste through the laboratory to test how much hydrogen is produced. Photo by Griffith University.

A startup in Mollongghip is working to create hydrogen from farm waste.

A startup company in Mollongghip is carrying out feasibility studies to see if broadacre crops and agricultural waste can be converted into fertiliser.

Mollongghip and District Enterprises, or MADE, was founded by Bryce Ott, Peter Reid, Gavin Ronan and Joe Finneran.

The group was recently awarded a $100,000 Commonwealth Business, Research and Innovation Initiative grant, supported by the Grains Research Development Corporation and the CSIRO.

The group has partnered with Griffith University, which has been involved in similar projects in Europe, and Frontier Impact Group.

Mr Finneran said the group would carry out trials in a laboratory over 12 weeks.

"What we're trying to basically do is take broadacre crops, or energy crops, or waste from cops, so residues, and this would then be converted into ammonia to make fertiliser," he said.

"Our job is to create hydrogen in a low pressure, low temperature way that can be used at farm scale.

He said the CSIRO had developed the technology to convert hydrogen into ammonia, but it would be an Australian-first to convert crops into renewable hydrogen.

"It's really about trying to give farming communities and neighbours a chance to produce their own fertiliser, their own fuel, which hopefully will then generate their own revenue," he said.

"Imagine 10 farms get together, supply all the waste, that gets processed in a central plant, and then that then supports the community with fertiliser and potentially fuel down the track.

"Farmers use about 4.9 million tonnes of fertiliser a year - something like 52 per cent of that is imported.

"If it's using more plant available fertilisers then that can reduce costs, reduce its impact on the environment."

As well as laboratory testing, the group would also engage with broadacre farmers in the area, he said.

"We can have the best technology since sliced bread, but if we don't actually engage with farmers and listen to them and actually try and understand what the challenges are then we're sort of wasting our time."

The group could be invited to apply for the next phase of funding if the feasibility stage was successful.

Although it was early days, eventually it could lead to hubs around Australia, Mr Finnegan said.