COMMENT: As we get more acquainted with COVID-19 we must get smarter in our response. 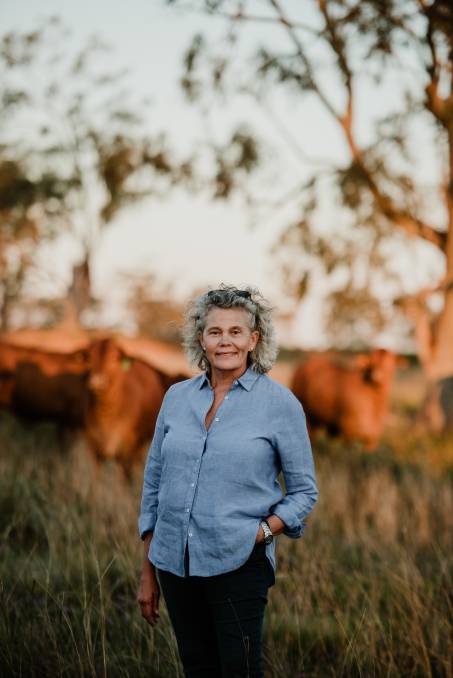 As we get better acquainted with the COVID-19 virus in 2021, we need to get smarter about how we manage it, according to National Farmers' Federation president Fiona Simson.

I struggle to think of a time when there has been so much wide-scale uncertainty facing us all as global citizens.

Just as Australia dared to think the COVID-19 pandemic might be a "2020 problem", the virus proved it could not be underestimated.

Like a cornered animal, it lashed out - in time to tarnish Christmas and up-end the New Year.

Outbreaks in Sydney and Melbourne wreaked havoc on family reunion plans, and once again prompted chaos at state and territory borders.

Scares in outback New South Wales and coastal holiday hamlets threatened to see COVID-19 break its city containment lines, and sent a shudder down the spine of vulnerable bush communities.

For agriculture, the industry remains tense as we work through strategies to address last year's trade disruptions and hold our breath in anticipation of further challenges.

As an export-dependent sector, the National Farmers' Federation (NFF) is working with governments to up the ante on diversification and suring-up our existing and valued market base.

Industry and government must play the long-game on trade.

Fruit and vegetable growers are managing their peak harvest period as a day-to-day proposition.

Travel restrictions have depleted the international seasonal workforce, which has already resulted in an estimated $38 million worth of crop losses.

Adding to the precariousness, history-making (not in a good way) global political events have left many questioning what were thought to be non-negotiables - such as the security of the capital of one of our closest allies.

Farmers are no strangers to uncertainty and we know it is how you prepare and respond that counts.

Undoubtedly, Australia is the lucky country.

Compared to the number of our COVID-19 cases, the dire situation in the United Kingdom and the United States is unfathomable.

Australia's relatively positive position is due to governments' swift and decisive action, and a refreshing deference to health professionals for ultimate guidance.

Our isolation as a remote island nation has also helped in no small way.

Disappointingly, despite having lived with this sinister virus for almost 12 months, there is still no nationally consistent approach to managing our internal borders and we need to - and can do - better.

At a state level, to the lay person, there appears to be no clarity about how each state and territory will respond to new COVID-19 outbreaks.

Mayday calls for Victorians to get back home before the border closed on New Year's eve were rash and dangerous, and saw many families hurriedly hitting the road during peak holiday season.

An ad-hoc crisis response is no longer justifiable for an issue that is now running into its second year.

It frustrates me that we continue to operate on an "each-state-to-its-own" approach when it comes to borders.

It is not how Australia works.

We travel and do business freely across borders.

An isolation mentality is not sustainable.

National Cabinet has been a concept that has served Australia well and kudos must go to Prime Minister Scott Morrison.

I welcome the reinstatement of fortnightly meetings.

This outlines principles for a national approach to a new 'COVID-normal' way of operating, but stops short of outlining definitive action for particular scenarios.

What action is taken is ultimately at the discretion of each state and territory.

I certainly don't dispute that each leader is working with the absolute best intentions of their constituents, their state and our country.

Leaders are on a steep, unenviable learning curve.

But as we become more informed and - reluctantly - better acquainted with this wicked virus, so too must we get smarter about how we prepare for and respond to it.

In our great Commonwealth, national problems must be addressed as such.

The current quagmire surrounding international seasonal workers demonstrates the detriment when states and territories are stubborn and divergent in their actions.

During August, the federal government gave the green light to restart the Pacific and Seasonal Workers Programmes.

These put the onus on the states and territories to submit a plan for how the restart would safely operate in their jurisdiction.

Today, the restart has done little to allay worker shortages.

States that have had their plans approved have so far bought in woefully inadequate numbers of workers.

Victoria is yet to submit a plan, while farmers in that state struggle to get their crop picked and packed.

The roll-out of the COVID-19 vaccine will be the next big test for our Commonwealth.

It is of paramount importance that Australians are not disadvantaged simply because of where they live.

The NFF is working on a sensible and pragmatic approach to how we believe farmers, farm workers and food and fibre supply chain workers should be prioritised in the vaccine roll-out.

In these uncertain times, one thing we can rely on is Meat & Livestock Australia's (MLA) "Summer Lamb" campaign.

This year, perhaps better than any other commentator, analysis or humble columnist, MLA has summed-up just how non-sensical hard state borders are.

As the clever advertisement puts it, at the end of the day we are not the "United States of Australia" - we are just Australia, plain and simple. And we also happen to love our lamb.