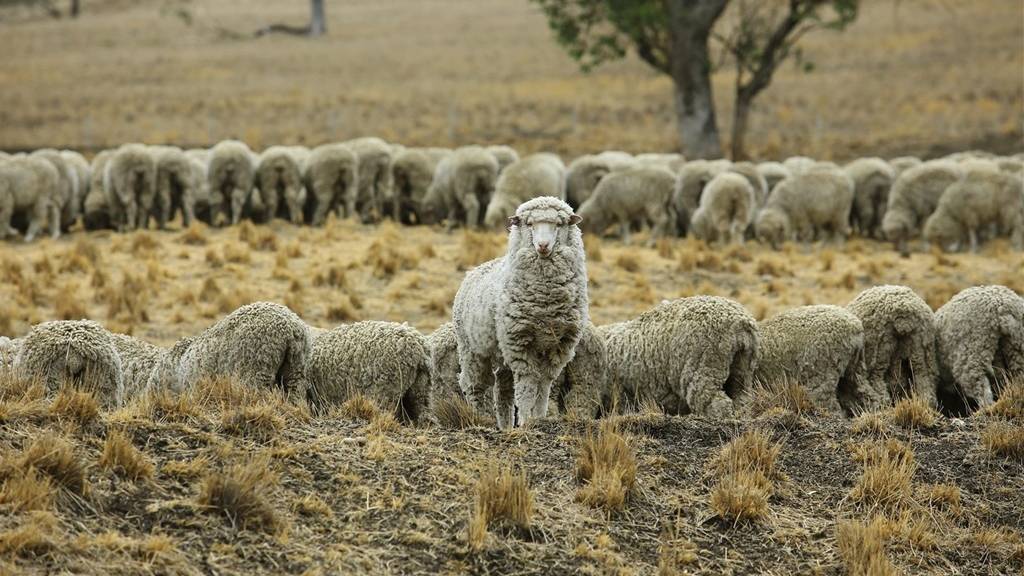 NEW NETWORK: Sheep producer are likely to be one of the big beneficiaries of a new biosecurity network.

Livestock service providers to be the "eyes and ears" of a new Tasmanian biosecurity network.

Tasmanian primary producers will soon have access to a state-wide animal health monitoring and biosecurity network.

It aims to bring together service providers such as vets, agents, rural merchandisers and shearing contractors to help with on-farm livestock health monitoring.

AHA Biosecurity senior manager Rob Barwell said service providers would be the "eyes and ears" on the ground to bridge the gap between farms and broader animal health and biosecurity systems.

"Their knowledge of conditions on the ground, and their trusted relationships with producers, make them an essential part of our animal health surveillance and biosecurity systems."

Participants recruited from among service providers would be responsible for reporting information about diseases and other health conditions they encountered in their regular work.

Dr Barwell said the network's benefits had been proven during a pilot run by Dr Jackson in southern Tasmania between 2018-19.

"He developed a network of agents and various other people who work with producers in the supply chain, collating the information on a monthly basis," he said.

"It's a two-way flow of information; all providers will receive a summary of the reports on what is happening around Tasmania, so everyone is benefiting.

"There are quite a few targeted programs across Australia looking for exotic diseases, but there is not much in that endemic disease space for on-farm stuff.

"It's a fairly novel approach and filling a gap in the information that might not necessarily be available."

He said it was hoped the expanded network would pick up on footrot, lice and Ovine Johne's disease.

The de-identified information would be collated by Dr Jackson and fed back to AHA, DPIPWE and their industry partners, to enable more targeted and relevant biosecurity information and support be provided.

"If we can gather information about where these conditions are causing the biggest problems, we can better support producers in tackling the issue on their own farms.

"More eyes and ears conducting livestock health monitoring also means that any suspected emergency disease outbreaks can be caught and responded to much faster."

"At the end of the day, it's the farmers they are dealing with who are benefiting from it."

He said he would be targeting feed contractors, rural merchandisers as well as vets.

"There are a lot of things out there that don't necessarily get into the veterinary network," he said.

He said departmental focus in the past was largely on laboratory results.

"A lot of vets don't take samples and send them to labs and a lot of things never get to a vet," he said.

"These issues are handled by the local rural merchandisers who sell animal health products.

"It's gathering information on animal health, which we would not otherwise be aware of."

He said along with the more common concerns such as flystrike, foot abscess and abortion in sheep, the pilot picked up more instances of white muscle disease than initially expected.

"I think we had 109 different conditions we picked up in sheep, I was quite amazed," he said.

George Shea, Lyndall Lamb, Derwent Valley, Tasmania, said he was on the original committee which helped design the program.

"Bruce had contacts dotted around the state and would get updates from each particular area on a monthly basis, then write up a report of any animal health issues across sheep and cattle," Mr Shea said.

"It's way better to head something off before it happens, than having to treat something after a full-blown outbreak."

The information was correlated into area-based reports.

"For instance the north-west of Tasmania might have seen some blackleg issues, but they would be anonymous reports," he said.

"It's a general overview of what's going on in a particular area.

"It's always good to know if there is something bubbling away, somewhere, whether it be worms, whether there's caterpillars or grasshoppers on the go."

The reports would also contain solutions for diseases or pests.

"If you get this sort of platform established, your animal health companies are pretty keen to come on board, because they have products that are going to help if you have a particular issue going on," he said.